Europe’s Banking Sector: When (and Why) the Rout Really Began

– The financial sector has been one of the global stock market’s bedrocks for decades. That’s why its performance is so critical to the overall stock market health.

Well, here’s a chart of the European Stoxx 600 Banks Index over the past four years. 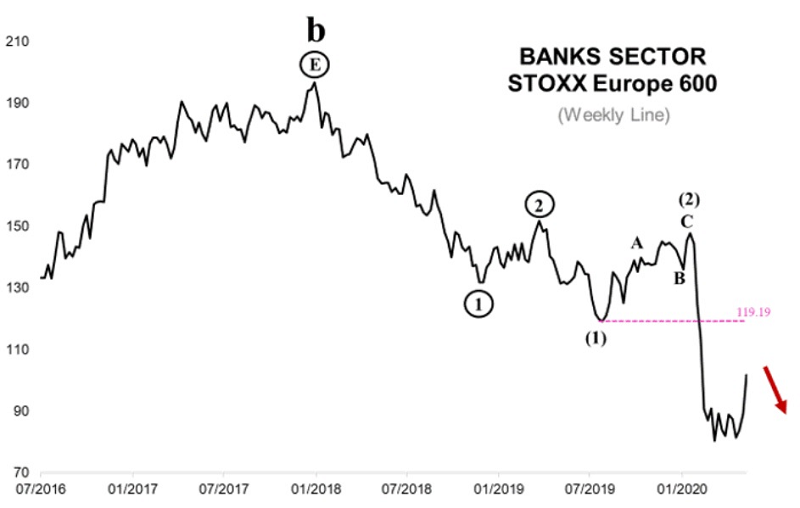 Not pretty, we know.

Now let’s zoom in on the price action since January of this year.


This is where the mainstream’s story about Europe’s beaten down banking sector starts. It’s a story of being “hit hard,” of credit losses which exceed those in the 2008 financial crisis — and finally, the onset of “more pain” in the future. All “thanks” to the coronavirus.

Except, it’s a mistake to blame Europe’s banking sector sell-off on the coronavirus.

At the time, there was no bearish “fundamental” backdrop like the coronavirus, and few things suggested to mainstream analysts any weakness ahead. 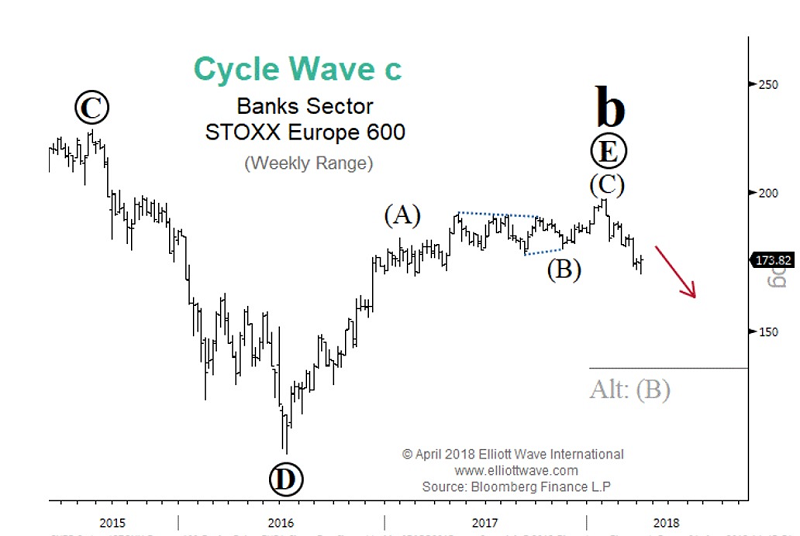 From there September 2019, the sector plunged 40%. A rally into the end of 2019 was met with renewed optimism that “Europe’s bank stocks poised for best start to a year since 2013.” (Bloomberg)

As you may know, Elliott wave analysis doesn’t look at the so-called fundamentals. Factors like unemployment, GDP, etc., don’t lead the stock market — they follow it.

In other words, to know the stock market’s next move, you must skip “fundamentals” and instead look at market psychology, the true driver of trends.

Which brings us to this year’s continued sell-off in Europe’s banking sector. 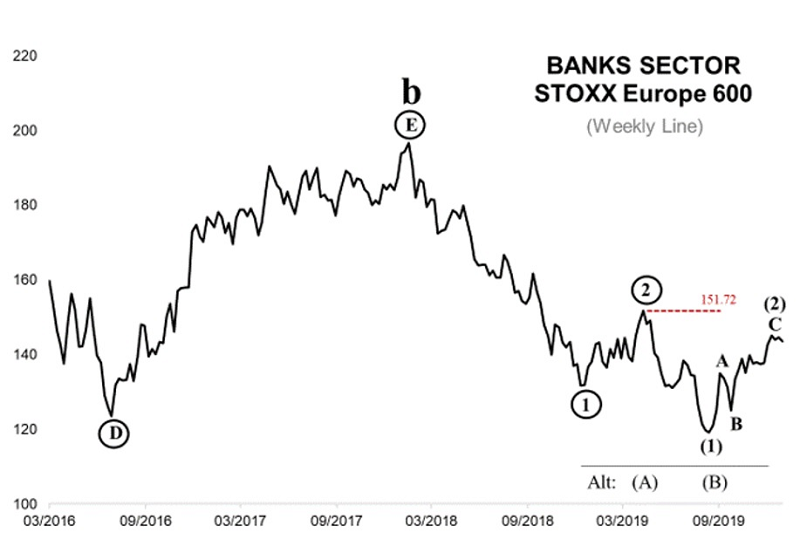 From there, the sector indeed hit the skids in a sell-off to levels not seen in more than a decade — that 43% slide we mentioned earlier.

And please note this: Elliott Wave International’s analysis didn’t mention coronavirus even once when making that bearish January 13 forecast. The bearish outlook was based on the fact that the price pattern called for a 3rd wave down directly ahead.

Third waves are fastest and strongest parts of the Elliott wave patterns. That helps explain the speed and ferocity of this year’s decline in Europe’s banking sector.

This is just one example (of MANY!) where Elliott Wave International’s European Financial Forecast Service put subscribers on the right side of the trend.

What are we saying now? What’s next for Europe, its markets and economies?

“Free” means free. There is no catch. There is no credit card required. You can see where Europe’s key markets and economies are headed next, according to Elliott waves. Just click the link below for instant access to the latest forecasts.

This article was syndicated by Elliott Wave International and was originally published under the headline Europe’s Banking Sector: When (and Why) the Rout Really Began. EWI is the world’s largest market forecasting firm. Its staff of full-time analysts led by Chartered Market Technician Robert Prechter provides 24-hour-a-day market analysis to institutional and private investors around the world.