The Right Mentality: 7 Things to Consider When Buying Precious Metals

Diversifying your wealth into precious metals is one of the most important financial decisions you can make. It’s also important to carefully consider what types of precious metals to own amidst the array of options. 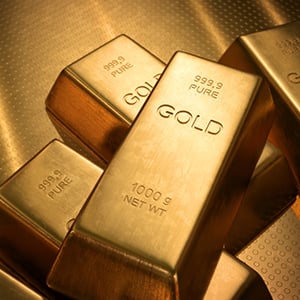 What follows are seven key criteria for deciding what to buy.

From futures contracts to exchange-traded funds, you can find a multitude of derivative instruments tied to gold and silver prices. But there’s a huge difference between being exposed to precious metals prices and owning physical precious metals that you can actually hold. Only when you have actual metal in your possession do you have a hard asset that is free of counter-party risk.

When buying precious metals for investment, paying huge premiums over melt value rarely pays off. Plain and ordinary bullion beats fancy and “rare” coins. Graded numismatics, “proof” finishes, and other heavily marked-up alternatives to common bullion products leave you with less actual metal to show for your investment. During a financial crisis, the melt value of your coins may be all that matters. Then the value of your investment will be measured by how many ounces you were able to acquire.


It’s a good idea to try to get the most metal for your dollar, but not to the point of impracticality. The absolute lowest-premium products tend to be large bars, which aren’t necessarily practical for carrying in your pocket or purse or doing anything with outside of storage. By owning precious metals in multiple smaller unit sizes, you will be able to use them in multiple ways – displaying, bartering, trading, gifting, etc. Consider fractional gold coins/rounds, including half-ounce, quarter-ounce, and tenth-ounce sizes. Fractional silver sizes are available, too. Half-ounce rounds and 90% silver quarters and dimes may come in handy for making change in barter transactions or tipping.

Gold and silver spot prices are globally traded and recognized everywhere. Reputable dealers will buy most common coins, rounds, and bars nearest to the spot price. Exceptions include graded numismatic coins (whose values are subjective and carry huge bid/ask spreads) and 1,000-ounce silver bars (which may require an assay before they can be re-sold). Platinum and palladium represent a small share of the retail bullion market and therefore are less liquid than gold and silver unless you are buying and selling from a large national dealer like MoneyMetals.com

For the most part, purity isn’t something to be concerned with. A purer coin isn’t necessarily better or more valuable than a similar coin that is less pure. Some gold coins, namely American Eagles and South African Krugerrands, are alloyed with base metals for strength. But they contain the same amount of gold as a .9999 pure coin. There are certain purity requirements for physical precious metals to be included in IRAs. Most common gold and silver bullion products are IRA-eligible.

This is actually a non-issue for the vast majority of bullion transactions. Purchases made by credit card, check, or bank wire generally don’t need to be reported by dealers to the IRS or other government agencies. With rare exceptions, only actual cash transactions of more than $10,000 must be reported to the government. Don’t be tricked into buying a pricey collectible coin touted as “non-reportable” or “non-confiscateable” when in reality common bullion coins aren’t going to be reported or confiscated either.

All bullion products offer the opportunity to profit from rising metal prices. Some bullion products offer the opportunity for additional profit due to the potential for premium increases. For example, premiums on historic, no-longer minted coins such as 90% silver quarters can rise when demand for them rises. Pre-1933 gold coins offered by Money Metals Exchange can now be had for minimal premiums that stand to rise if collector interest in them grows. Some current limited-mintage coin releases could also acquire collectible value over time. (That said, Money Metals urges investors to focus on low premium items when making purchases. If the premium somehow rises over time, consider selling those items and using the proceeds to buy more ounces at lower premiums.)

Stefan Gleason is President of Money Metals Exchange, the national precious metals company named 2015 “Dealer of the Year” in the United States by an independent global ratings group. A graduate of the University of Florida, Gleason is a seasoned business leader, investor, political strategist, and grassroots activist. Gleason has frequently appeared on national television networks such as CNN, FoxNews, and CNBC, and his writings have appeared in hundreds of publications such as the Wall Street Journal, Detroit News, Washington Times, and National Review.