Bread and Circuses (Not All Inflation Is about Footballs)

I know it’s easy to brush off those constantly mounting reports and stories of decay, destruction, and despair. I sometimes find myself ignoring as much bad news as possible, just to keep my sanity.

Then I realize that heaping one atrocity after another onto my growing pile of information-overload is purposely designed to wear me out, so that I’ll ignore new attacks on my Constitution and new betrayals from those I elected to office. They want me to grow weary of learning what’s true, hoping I’ll overlook what I recognize as lies.

They want me to think I’m the one who’s crazy.

They use an age old strategy to keep me in line. It’s the tried and true political ploy called “bread and circuses,” proven effective for dying governments to keep restless citizens fed just enough, and sufficiently entertained, to keep the pitchforks from the palace gates.

This propaganda tactic comes to us from the Ancient Roman Empire, which fearfully recognized it was suffocating under the weight of its own decadence.

The Caesars first made sure hungry citizens had rations of government grain to keep them fed. Then, to deflect attention from endless foreign wars and massive public corruption, the Caesars provided gladiator entertainment in grand coliseums. The brutal contests distracted attention from the other life and death issues of looming financial ruin and moral decay.


The dying Roman Empire invented bread and circuses to buy itself time.

Hiding Economic Misery and
Distracting the Masses with Entertainment 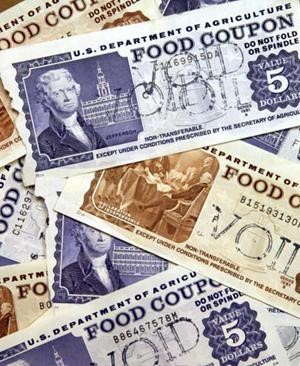 Government employment statistics distort the true human misery of 102 million out of work – 43 million men and 59 million women over age 16 – who cannot provide for themselves or their families without assistance. Among those who have work, a recent government survey found 57% of all Americans have less than $500 in savings, with 62% living paycheck to paycheck.

To keep me calm about these modern evils, I’m invited to mingle with a cheering crowd. The tricky part is convincing me my opinion actually matters, just as citizens in Roman coliseums were invited to recommend thumbs up or thumbs down. They have found for me the perfect circus.

They give me the Super Bowl.

And I get a new one every year, numbered in Latin in honor of Ancient Rome.

My first super bowl party was actually Super Bowl III. I watched the game in an Army barracks, joining other young soldiers just returned from overseas. We sat in folding chairs in front of a portable black and white TV sitting atop a card table. A coin-operated snack machine supplied the chips.

Did the brash upstart Joe Namath keep his crowd pleasing, widely publicized boast to defeat the nationally beloved veteran Johnny “Golden Arm” Unitas that Sunday in January of 1969? I don’t remember. Turns out it wasn’t that important after all.

Forty-six years later, I plan to steal a few hours from my work to watch the game. My big screen and comfy recliner are improvements, but this time I’ll know what the game is really all about.

Also, I’ll see the same contest played out that each of us has seen each day of our lives.

One thing that certainly has not survived these 46 years is the value of the dollars we all earned and saved, thanks to government-planned inflation designed to cheat us every day of our wealth.

The cost to enjoy Super Bowl XLIX at home will be about seven times the cost to watch Super Bowl III in 1969. A 25 cent bag of chips now costs $1.77, according to the federal government’s under-stated numbers. A 20 cent bottle of brew is now $1.41 if you buy the 12-pack at the grocery. Chicken went for 29 cents per pound. Try getting even a whiff of one spicy wing for that today.

There’s a new and disturbing aspect to my modern bread and circuses. The value of a captive audience has proven too tempting for circus masters to waste on folks just wanting an entertaining break from their worries.

How do I avoid the growing political rants sandwiched into the game from players and sportscasters? I’d rather see athletes make great plays than make politically correct statements. Watching the end-zone victory dance blown apart by a satchel charge of political rhetoric is not what I tune in for.

“Deflate-Gate” Is the Wrong Inflation
Scandal to Be Debating

This year, I cannot avoid the added drama of “deflate-gate,” the name given this overblown tactic for ball control. For millions of Americans out of work, surviving on government assistance – with no financial independence to turn to after that game ends Sunday night – it’s the wrong meaning of inflation to toss around, the wrong pumped-up ball to kick back and forth, the wrong hot air to test for integrity.

It’s the wrong question of just who is cheating whom.

I’ll find myself in good company for Super Bowl XLIX. Bureau of Labor statistics show for every unemployed American who will spend those Sunday afternoon hours looking for work or minding other chores, six will be watching television. Together, they and I will help to fill the largest virtual coliseum ever known to mankind, handed down from a dying Ancient Rome, keeping pitchforks from the gates just a bit longer.

I recommend to Caesar thumbs down.

MoneyMetals.com columnist Guy Christopher is a veteran writer living on the Gulf Coast. A retired investigative journalist, published author, and former stockbroker, Christopher has taught college as an adjunct professor and is a veteran of the 101st Airborne in Vietnam.