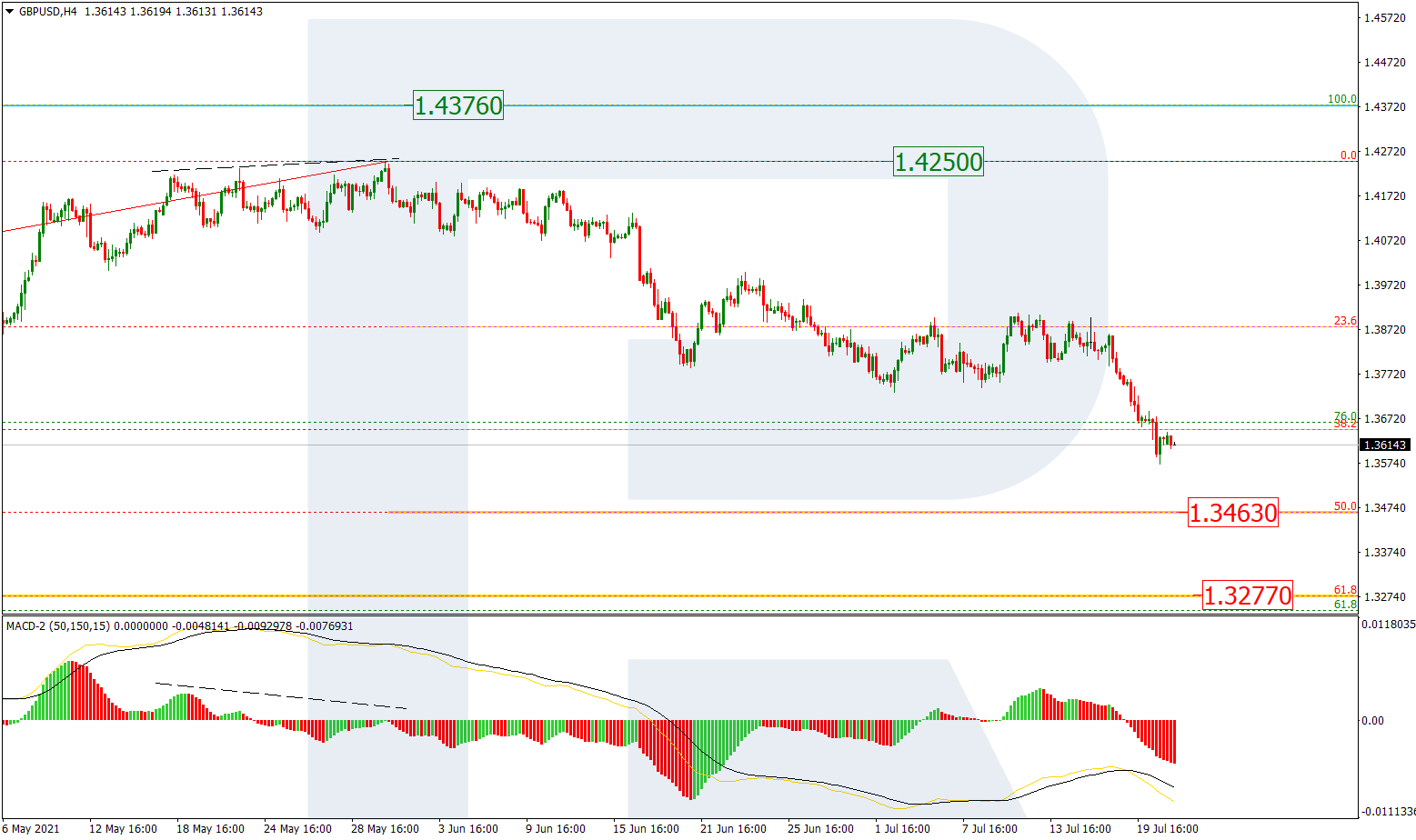 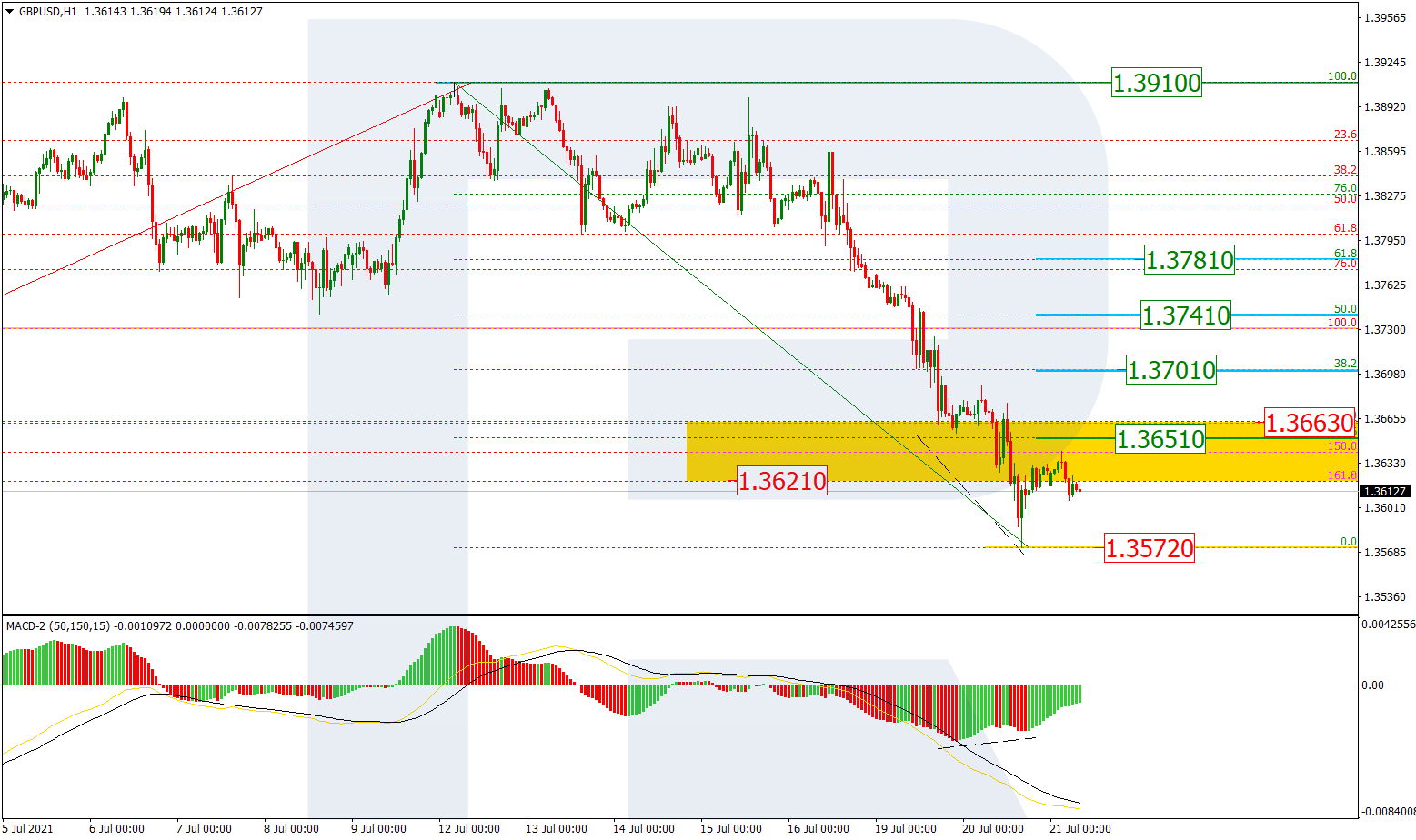 In the H4 chart, after breaking 38.1% fibo, EURJPY has returned to it, probably due to convergence on MACD. However, so far this movement should be considered as a short-term pullback and the market may later resume falling to reach and test 50.0% fibo at 127.87. After that, the instrument may reverse and start a wave to the upside towards the high at 134.12. 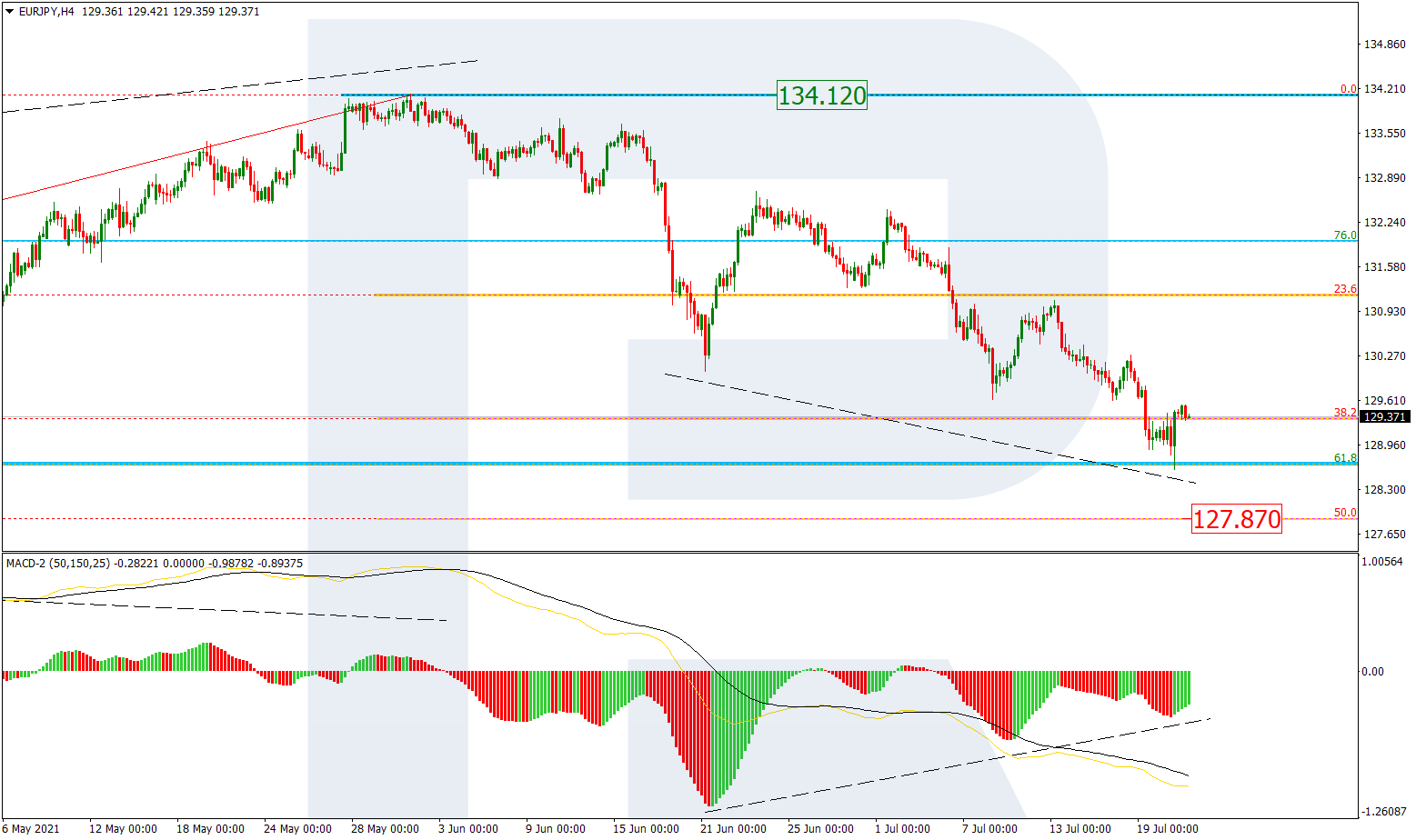 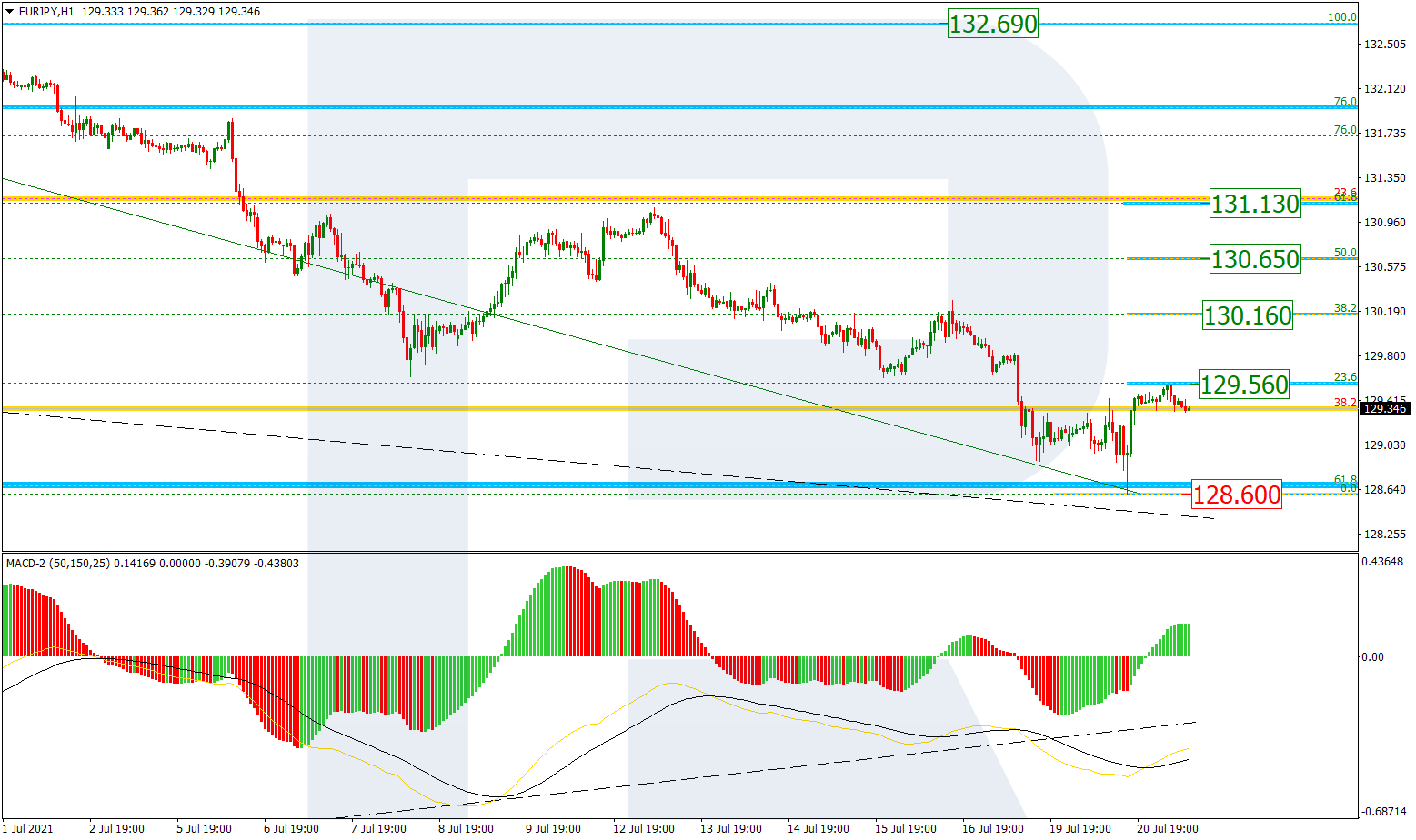