The current XAGUSD structure suggests the development of a large cycle wave y. This takes the form of a triple zigzag.

The second intervening wave Ⓧ of this triple zigzag has ended. This came in the form of an intermediate triple combination consisting of sub-waves (W)-(X)-(Y)-(X)-(Z).

After the primary wave Ⓧ, prices could decline below 23.75, marked by the wave Ⓨ. 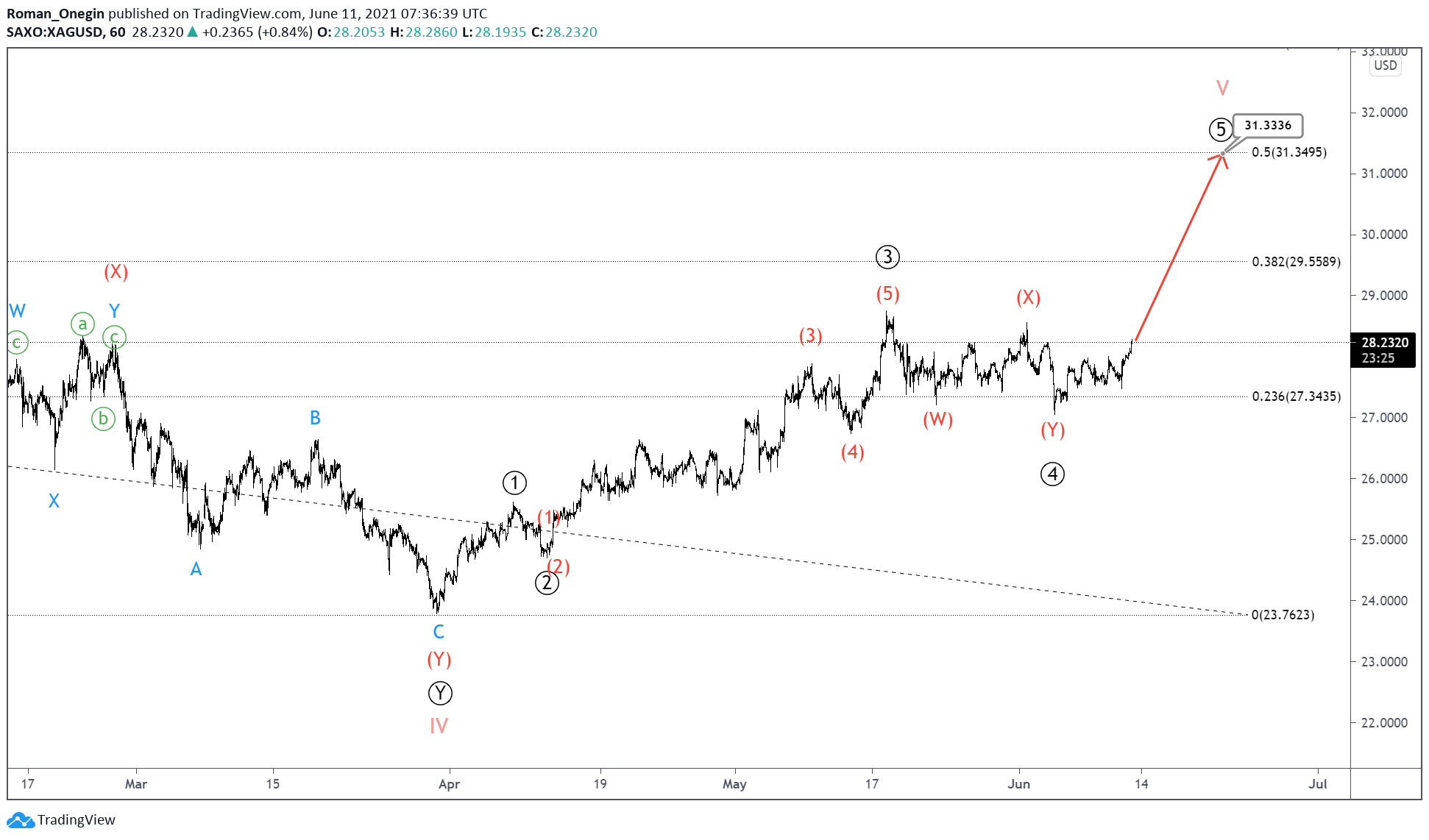 However, there is a possibility that the market is forming a global impulse, consisting of cycle waves I-II-III-IV-V.

In April, the construction of a cycle correction IV in the form of a double zigzag ended. Then the price began to rise rapidly within the impulse wave V.

If this is the case, then in the near future the price growth could continue in the primary fifth wave to 31.33. At that level, cycle degree wave V will be at 50% of impulse III.