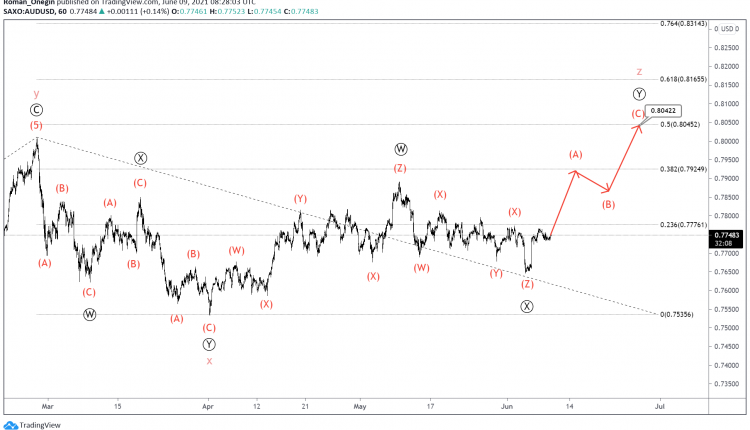 The AUDUSD currency pair in April seems to have completed the development of the cycle intervening wave x. Following this, prices began to rise within the actionary wave z.

It is assumed that wave z will have the structure of a double zigzag, consisting of primary sub-waves Ⓦ-Ⓧ-Ⓨ. The primary wave Ⓦ and the intervening wave Ⓧ ended. These were both triple zigzags of the intermediate degree.

Thus, in the near future, we could expect the development of an intermediate (A)-(B)-(C) zigzag, which can complete the primary wave Ⓨ near 0.804. At that level, cycle wave z will be at 50% of wave y. 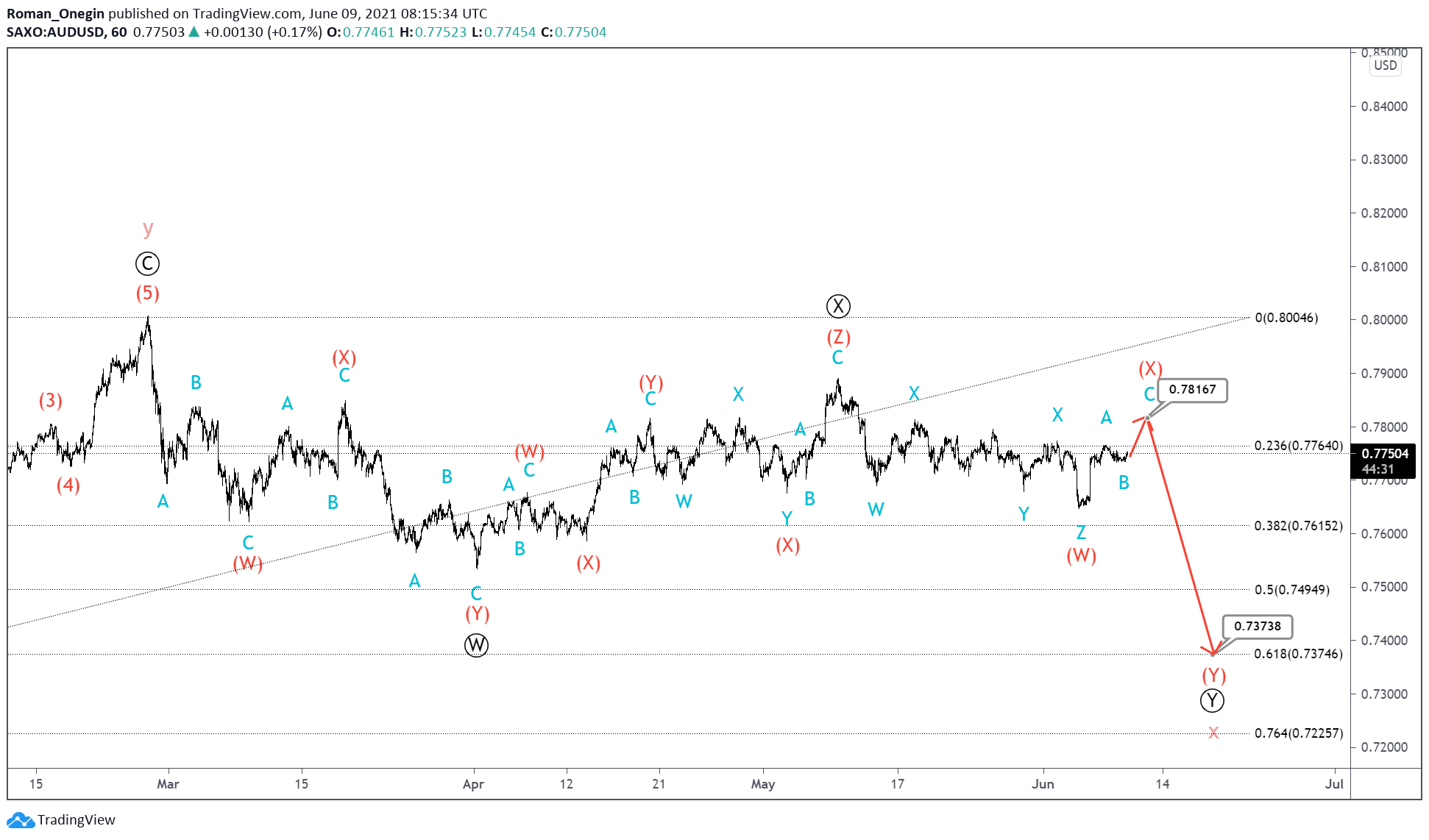 Alternatively, we consider situations where the formation of the cycle intervening wave x continues.

It is possible that it is a double Ⓦ-Ⓧ-Ⓨ zigzag of the primary degree. The first two of the three sub-waves have been completed, whilst the final actionary wave Ⓨ is still under development. It seems that it will take the form of a bearish double (W)-(X)-(Y) zigzag.