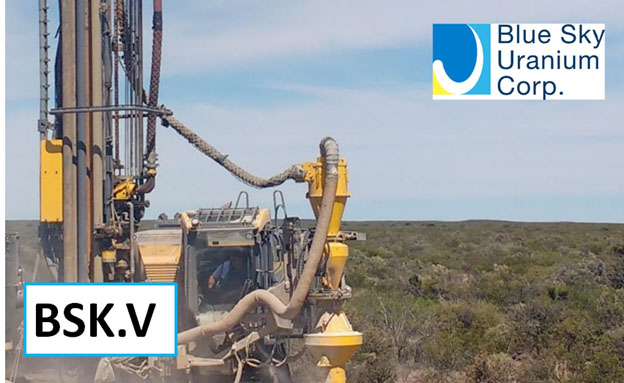 
Uranium is required for nuclear power plants. Like aeroplanes, when something goes wrong with nuclear ñ it’s dramatic ñ it makes headlines and burns into everyone’s brain.

But judged by the cold metric of human deaths per Kilowatt/hourónuclear reactors are safer than solar power.

[A DYI home-owner in Oregon keeled off his garage roof while installing a solar panelóand it skewed the data].

Nuclear energy now supplies 10% of the world’s electricity and is responsible for one-third of global carbon-free electricity.

Vanadium is used as a steel additive in crankshafts, gears, tools and knives. Brain surgeons typically use vanadium scalpels.

After a series of deadly building collapses, the Standardization Administration for the People’s Republic of China announced a new rebar standardrórequiring the use of vanadium.

BSK is part of the Grosso Group, led by Joe Grosso. The group has a vast network of local and regional contacts in Argentina. Joe Grosso is in the Argentina Mining Hall of Fame.

“Joe Grosso can get a meeting with anybody in Argentina at any time,” confirms Niko Cacos, president and CEO of Blue Sky.

We asked Cacos to explain the difference between a “district” and a deposit.

“A single deposit, could occupy a footprint, maybe 10 kilometers wide,” explained Cacos. “We have 300,000 hectares of tenements. A corridor that is 145 kilometers in length by 50 kilometers wide, almost the distance from Vancouver to Seattle.” 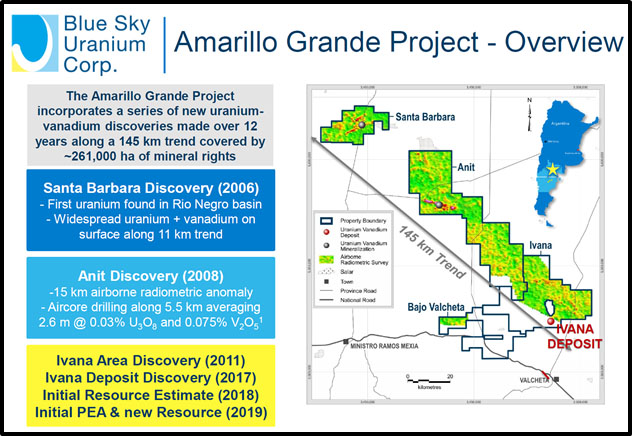 “The PEA numbers indicate that if the project was in production today, it would rank amongst the lowest operating costs on the planet,” stated Cacos.

BSK has also identified at least four areas as compelling targets with a high potential for making additional new uranium-vanadium discoveries, similar to the Ivana deposit.

At a typical uranium long-term contract of $50/lb, and a vanadium spot price of $8/lb, the minerals have a current market value of about $1.2 billion.

Recovery of uranium oxide is 84.6%, and of vanadium pentoxide 52.5%, so the value of recovered minerals will be less than that.

BSK has a current market cap of $42 million.

“The drill program that’s currently underway on the Amarillo Grande district is testing the scalability of our asset,” stated Cacos. “How big can this project get? 100 million, 200 million pounds of uranium?”

BSK has the same kind of grades you find in Kazakhstanóthe world’s biggest uranium producer.

“The metallurgy is simple, cost effective and environmentally friendly,” confirmed Cacos. “It’s cheap to extract. And we announced recently that we’re further refining that.” 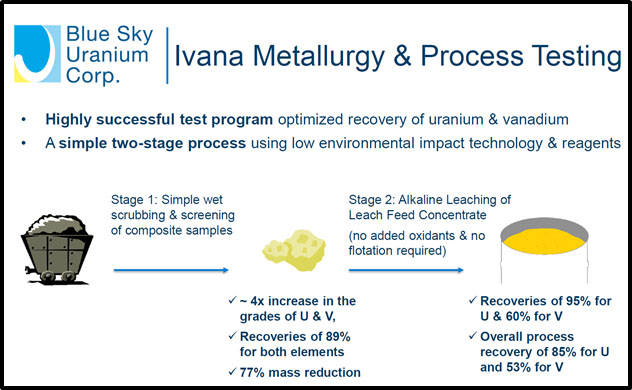 Electricity generated by nuclear reactors is becoming more accepted as a safe, reliable and secure way to generate electricity,” stated Cacos. “And because of that, we’re seeing more reactors being built.”

“Argentina is a nuclear country,” stated Cacos, “They’ve been in the nuclear business since the 1950s. They have a pilot enrichment plant not far away from our project. They also having three nuclear plants, with more coming on line.”

If Argentina was a country with no nuclear infrastructure, it would take a decade to implement the legal framework to transport nuclear materials.

That legal framework is already in place.

“The only thing Argentina does not do is mine uranium,” explained Cacos, “they have to import it and they’re paying a long-term contract price of about $85/lb to Kazakhstan.”

That contract expires in the next couple years. Blue Sky’s objective is to supply Argentina with a domestic source of uranium, and export whatever is left over.

Politically, that would make any BSK problem, an Argentina government problem, whichófrom BSK’s point of viewówould turn a good jurisdiction into a great one.

There is a law in Argentina that stipulates that if there is a domestic uranium supply, Argentine nuclear reactors must purchase from domestic producers at prevailing world prices.

Part of the reason for The Grosso Group’s success in international mine development is its history of strong community relations.

The Grosso Group has been practicing “Social Responsibility” before it was a thing.

“The business of mining carries great responsibility for the well being of communities that surround our operations and to the protection of the environment,” states the Grosso Group.

“In Argentina, we have a very few farmers on our land package,” confirms Cacos, “You can probably count them on fingers of both hands. We’ve signed formal agreements. Blue Sky has permission to do drill work on the farmer’s land. We’re on good terms with everybody.”

The PEA anticipates an open pit mine with a 13-year life-of-mine (LOM). 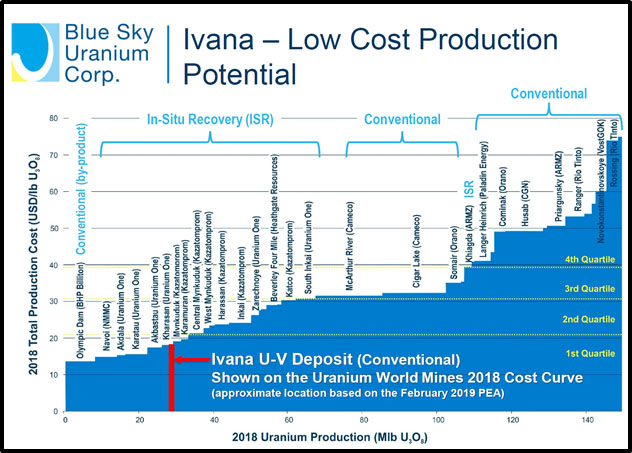 “The $128 million capex includes a $28 million contingency,” stated Cacos. “If we add more pounds of uranium, the capex is not going to increase much. Whatever pounds we add will be gravy.”

“With all in sustaining costs of $18 a pound, if this project were in production today with current prices, it would make money,” added Cacos.

Financial News Metals
← If China’s middle class continues to thrive and grow, what will it mean for the rest of the world?
FTC warns the AI industry: Don’t discriminate, or else →
Featured Articles: