While all the plaudits have gone to stock markets Stateside and their new incessant record highs over the last few months, European traders have struggled to join the party with equities this side of the pond lagging their American brothers-in-arms. The US is of course home to the biggest growth companies ever seen, heavily influenced by the tech titans that have benefitted the most from the pandemic.

But no longer! The regionwide Stoxx 600 today finally exceeded the prior record high set in February before the dreaded pandemic triggered huge losses. The German Dax bourse also hit a new peak as the higher proportion of cyclical companies in European indices generally, which are more closely aligned with the economic outlook, have come roaring back to the fiesta with banks, travel companies and automakers fuelling performance. Both the US and European benchmarks have gained close to 10% already this year, with the S&P500 hugely outperforming the Euro Stoxx 600 by some 20% last year. 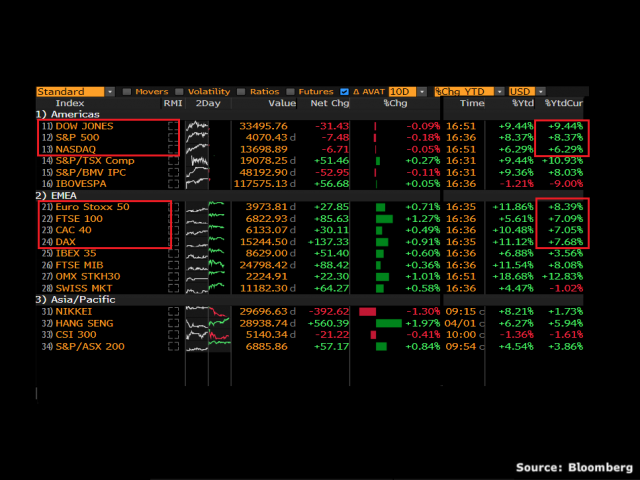 
Since breaking decisively above 14,000 at the start of March, the German Dax has been propelled by strong momentum and touched 15,300 earlier today. The German economy is a big beneficiary of the global economic recovery with its major companies at the receiving end of global stimulus due to their focus on exporting.

But the 10% move in just two weeks looks overbought now with the daily RSI indicator close to 80 and trading way above the upper Keltner band. 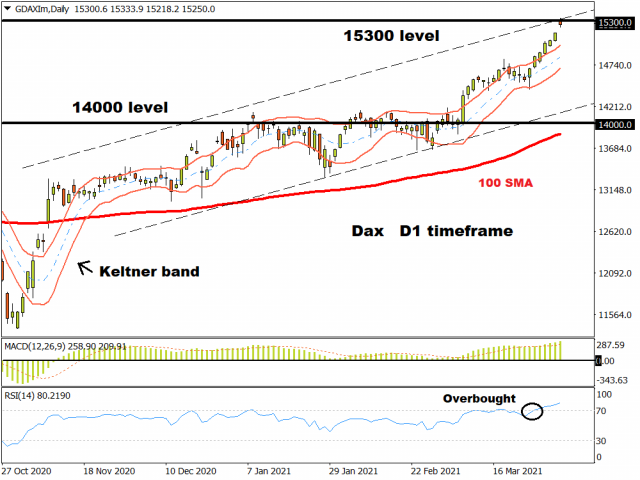 The unchanged RBA decision overnight didn’t rock the boat much, with the bank still judging that conditions would likely not be ripe for a rate hike until at least 2024. There was a mildly hawkish tilt for a possible shortening in its yield curve control policy later in the year, but the AUD remained very much non-plussed by the meeting.

Last week saw AUD/USD rebound from the intraday break of a key low around 0.7565 but prices are still trading around the 100-day moving average in a tight range. The rejection of the new low is encouraging for the bulls at least but they need to push on to 0.77 and beyond or the danger increases of a new risk-off wave with 0.7550 failing to hold out. 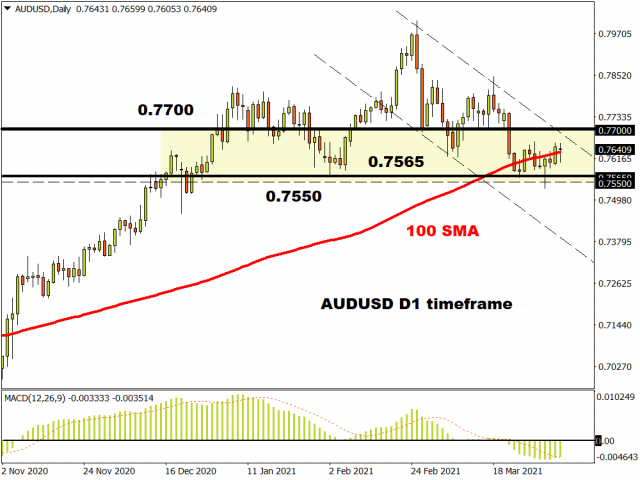 Financial News Stock Market News
← The stock market is trading near its highs and the dollar index continues to decline
Can Carnival’s share price cruise to a new 2021 high? →
Featured Articles: