In the wee hours of the North American morning of March 11, Norseman Silver Ltd. (NOC:TSX.V) announced the signing of a Letter of Intent to acquire a 100% interest in the Taquentren Silver Project, an endeavor that I have affectionately named “Son of Navidad.” 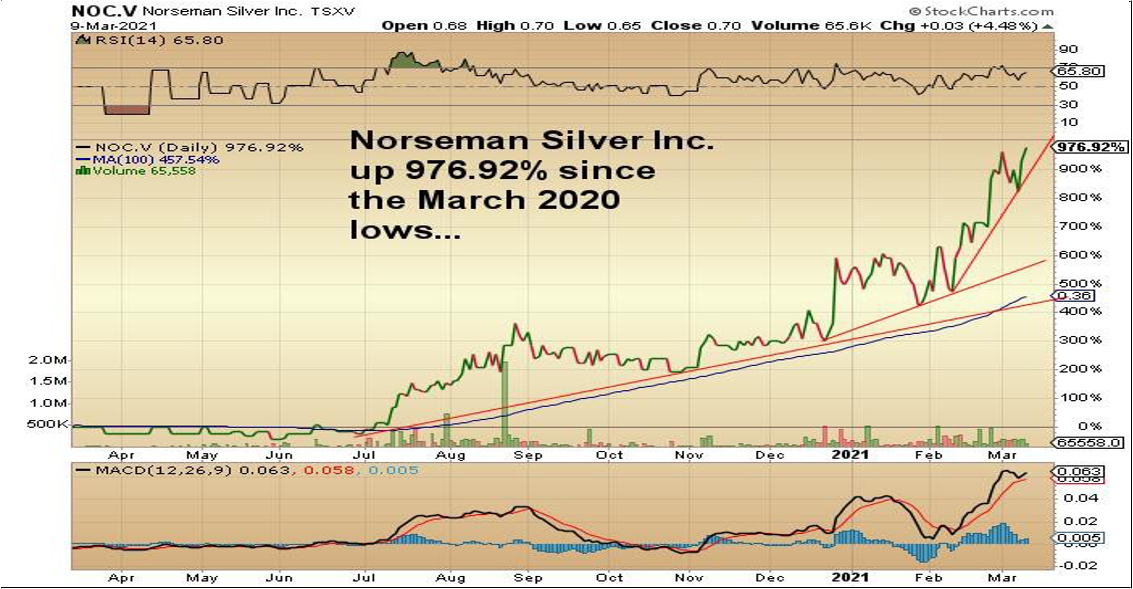 
For those of you familiar with world-class deposits, Navidad is a monstrously large silver-lead deposit estimated to contain approximately 1.2 billion ounces of silver (Measured, Indicated and Inferred) and a proportionate amount of lead located in Chubut province, Argentina. It is currently 100%-owned by Pan American Silver Corp. (PAAS:TSX; PAAS:NASDAQ), having been acquired in 2008. Navidad is an intermediate sulphidation epithermal deposit, an attractive style due to the high silver and base metal grades that can develop. Navidad remains undeveloped due to a mining ban in the Chubut province, south of the new Norseman project. In addition, there is a 1.1-million-ounce (1.1 Moz) gold project directly adjacent to Taquentren, called Calcatreu, currently owned by Patagonia Gold (PGDC:TSX.V). This is a low sulfidation epithermal gold system.

Located 80 kilometers uptrend from the Navidad deposit and in mining-friendly Rio Negro province is Norseman’s new Taquentren property. Of key significance to all Norseman shareholders is this: The vendor is the same geologist who discovered Navidad, Daniel Bussandre. He has continued extensive fieldwork privately since the deposit was taken over by Pan American, having conducted a soil chemistry survey over Taquentren, which identified high barium, gold and lead anomalies. Barium was the main pathfinder mineral for the original Navidad discovery and, indeed, one of the projects within Navidad was named Barite Hill for its levels of barium in soils. Coincident barium and lead in high-ranking anomalies combined with the geophysical features ranks Taquentren as an extremely interesting target for Navidad-style mineralization, making it a potentially explosive driver for Norseman’s share price. 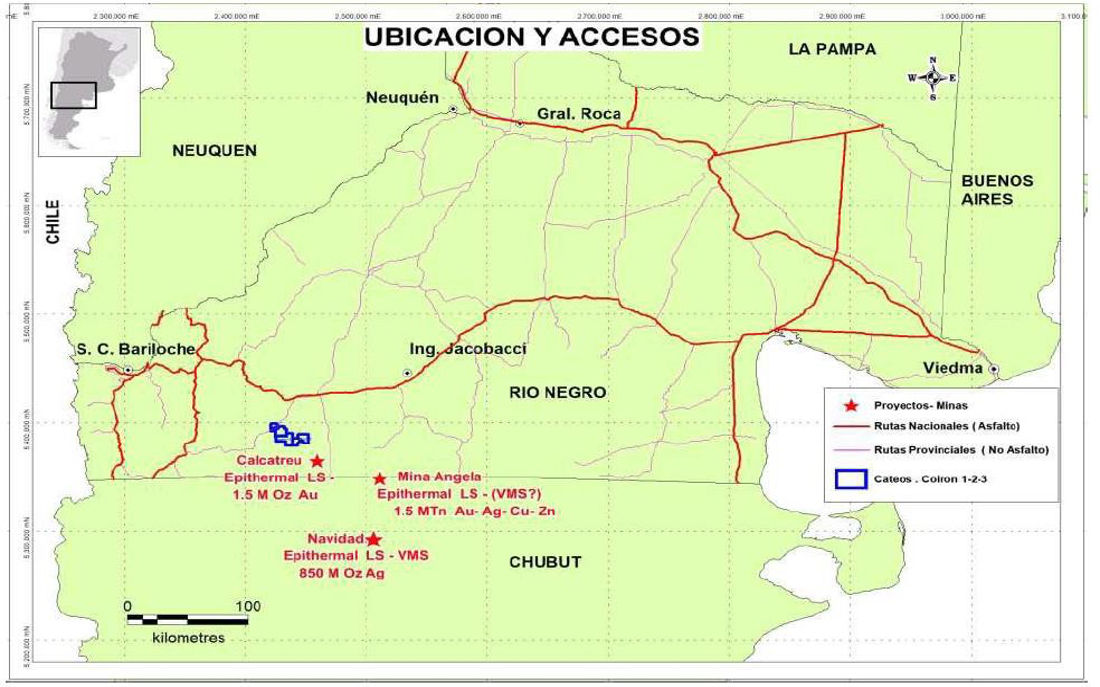 The project is accessible year-round, has roads crossing the property, and is located on farmland with the nearest population center (Engeniero Jacobacci; 15,000 people) approximately 30 kilometers away. Chubut province (which hosts Navidad) experienced a serious volcanic eruption in 2008, which damaged farmland through ash deposition, and the state has been extremely financially stressed since, combined with capital controls at a federal level. There have been efforts to begin a referendum on overturning the mining ban, which have been delayed by COVID-19, but the community appears to be moving in support to mining, which would be an extremely interesting development, as Navidad could be potentially finally permitted.

Once Chubut province allows permitting, investment capital will invade the region, which remains underexplored and underexploited (to say the least). Such a development would be of significant benefit to Norseman investors. 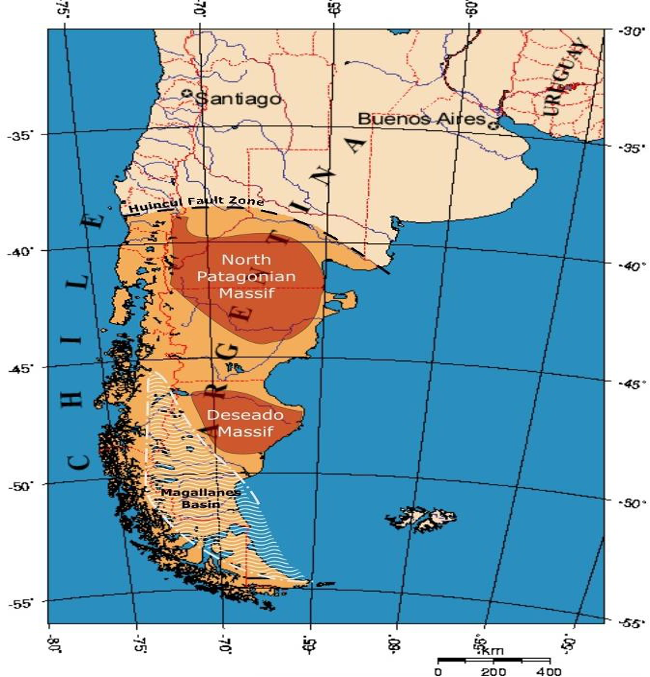 This Taquentren project covers approximately 285 square kilometers (110 square miles), and is located the within the Somun Cura massif. The geologic setting of the project is calc-alkaline, bimodal Jurassic Taquentren Formation volcanic rocks, within the Gastre fault zone. The Gastre fault system is a transcontinental shear zone, which extends from the Andean Cordillera to the Atlantic coast, resulting in a series of half grabens and tectonic basins and associated faulting.

Navidad’s History: The Navidad silver deposits in the Somun Cura massif of Patagonia in the province of Chubut, Argentina, were discovered in 2002 by following up results of a geochemical stream-sediment survey. The multi-sample Ag-Pb-Zn anomaly was recognized by the company that undertook and interpreted the survey, but it recommended that the anomaly not be staked. The anomaly was rediscovered in data passed to another company on Nov. 28, 2002, and this led to a field examination on Dec. 10, 2002. This quickly confirmed the source of the anomaly in outcropping and subcropping mineralization hosted in Jurassic volcanicand sedimentary rocks. Unlike most other silver occurrences in the region, the Navidad deposits contain no significant gold values and are not vein deposits.

Navidad should easily have been found at an earlier date using only simple technology, because it is easily accessible and outcropping. However, over the last 1,000 years different groups, including indigenous peoples, European settlers, government mineral exploration programs, and finally modern exploration companies, failed to make the discovery due to cultural, not technological, factors.

The cultural factors that impeded discovery are varied, ranging from the general lack of interest in metallic minerals by early European settlers of Patagonia to the incomplete investigations of the government exploration programs and relatively inaccessible nature of the data they generated. Later, corporate explorers emphasized gold and ignored silver, or focused on remote sensing alteration mineral anomalies, which are not well developed at Navidad. Finally, corporate culture, including dogmatic model- and/or commodity specific-driven exploration instead of a more pragmatic react-to-the-data approach, may have also been a factor.

To give subscribers an idea of the significance of the Navidad resource, Pan American paid CA$626 million, knowing full well that Chubut province banned open-pit mining and the use of cyanide. In retrospect, it might give one the impression that they overpaid for Aquiline Resources Inc. (Navidad’s owner at the time). However, when you consider that the gross metal value of the silver alone is today worth US$30 billion (not counting the lead content), they paid 2% in 2008 for an asset that will certainly be developed at some point in the future out of economic necessity.

Now, Norseman will need to do a great deal of work before they have another Navidad to peddle, but being that Taquentren is situated in mining-friendly Rio Negro, the impact of a Navidad-type discovery would be substantially greater than the heavy discount Pan American paid to acquire Aquiline. Most importantly, the vendor is the very man who found Navidad, so with his background of understanding, investors are going to be eager to own Norseman prior to any drill program.

The Taquentren acquisition is another example of managerial execution at the highest level. Chairman Campbell Smyth and CEO Sean Hurd have combined to deliver an extremely exciting asset—a world-class exploration play—80 kilometers from one of the world’s largest mineral deposits, with geology. With the arrival of the #SilverSqueeze movement and wave after generational wave of new investors eager to participate in the fortunes of silver as an environmentally friendly mineral, we should see a fast move to all-time highs and beyond.

Follow Michael Ballanger on Twitter @MiningJunkie. He is the Editor and Publisher of The GGM Advisory Service and can be contacted at [email protected] for subscription information.


Michael Ballanger Disclaimer: This letter makes no guarantee or warranty on the accuracy or completeness of the data provided. Nothing contained herein is intended or shall be deemed to be investment advice, implied or otherwise. This letter represents my views and replicates trades that I am making but nothing more than that. Always consult your registered advisor to assist you with your investments. I accept no liability for any loss arising from the use of the data contained on this letter. Options and junior mining stocks contain a high level of risk that may result in the loss of part or all invested capital and therefore are suitable for experienced and professional investors and traders only. One should be familiar with the risks involved in junior mining and options trading and we recommend consulting a financial adviser if you feel you do not understand the risks involved.