Shares in Tesla are trading a little lower ahead of the market open on Tuesday.

The iconic company has seen a return to bearish sentiment over the last two weeks with price correcting lower from the 611.29 level. Price has seen a dramatic decline from the 886 highs registered at the start of the year.

Despite a rebound off the 550 level, Tesla shares are now turning lower once again threatening an approaching test of the bullish trend line from 2020 lows.

This week, the company has been hit by news that its planned, all-electric, semi-trailer, the “Tesla Semi”, is likely going to be delayed again as a result of issues with battery development.


The trailer has incredibly high energy demands, requiring five times the level of battery power as its electric vehicles do.

However, with that plan yet to be fully put in place, the company has delayed the new vehicle launch.

Looking ahead, Musk went on to say:

“We are too cell-constrained right now, but probably ok next year.” 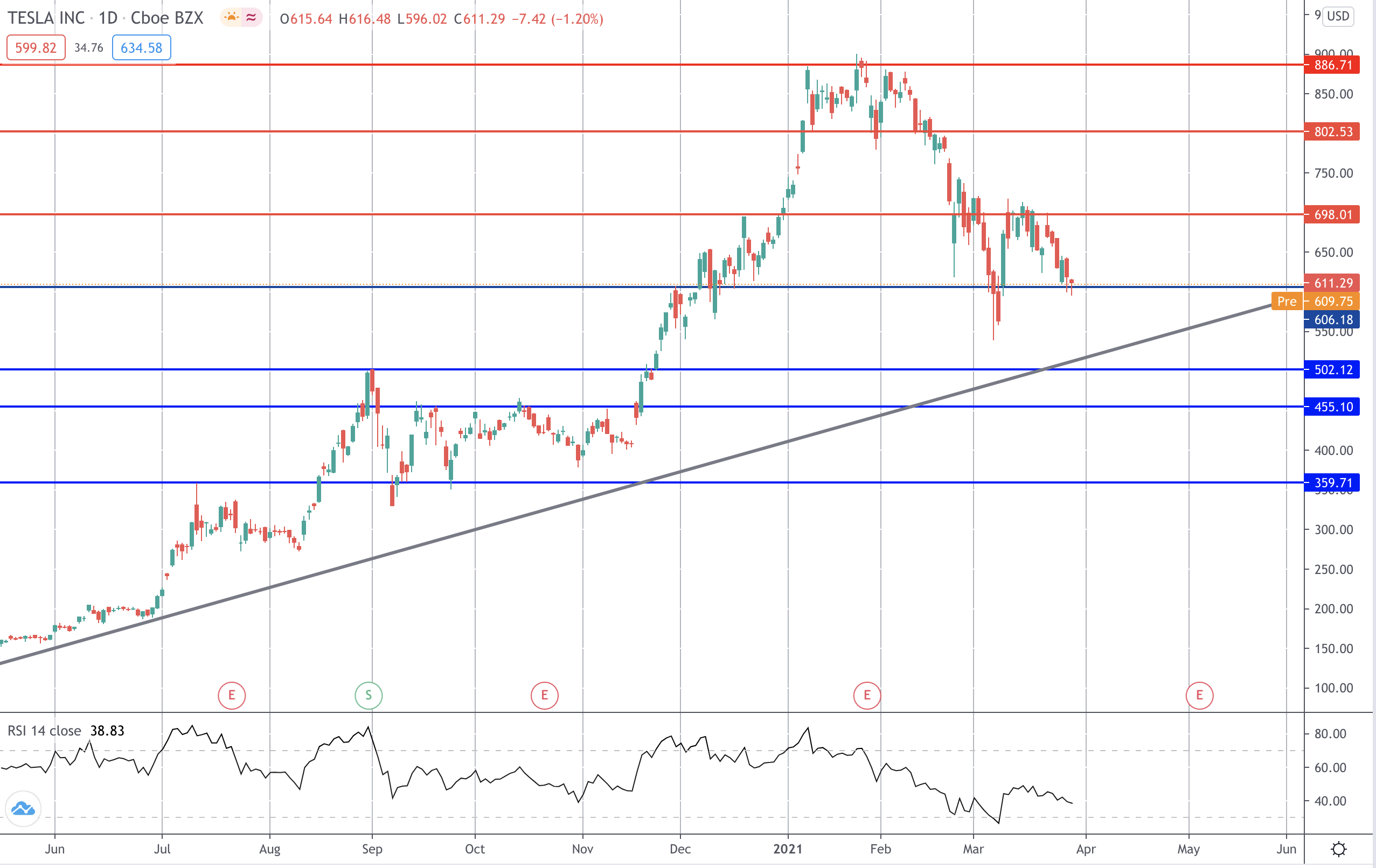 The sell-off in Tesla is raising serious questions over the near and medium-term outlook for the company.

If the current peak at 698 proves to be a lower high against the 886 highs then this could set up the market for a big push lower. This could take price down through the rising trend line from 2020 lows and down towards the 359.71 level ultimately.

The big challenge will be the 502.12 region. If buyers can defend that ledge of support, this could help keep the medium-term bullish bias intact.