OPEC+ has a 1.5 million bpd decision due today

OPEC+ is due to make a major decision today – whether to restore as much as 1.5 million barrels per day back into global oil markets starting in April. The sustained rise in global oil prices has given this alliance of 23 major oil producing nations the chance to push out more of their output.

At the time of writing, Brent futures have already gained over 24% so far this year and are trading around their highest levels since January 2020. 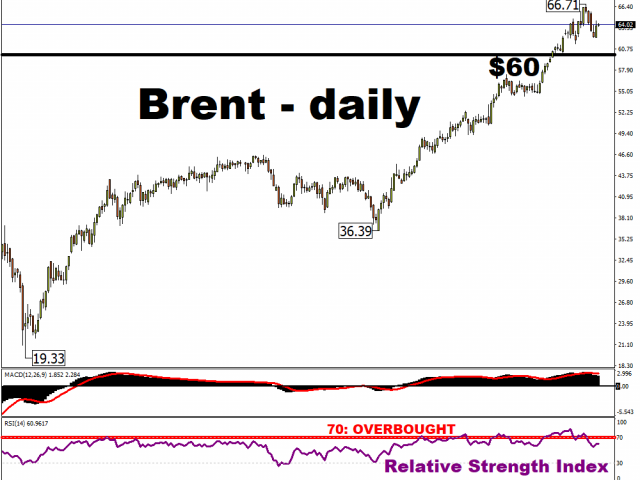 
Meanwhile, US crude finds itself above the $60/bbl psychologically-important level, with WTI futures having added 26% on a year-to-date basis. Crude prices were lifted back above $60 after it was reported Wednesday that US gasoline inventories posted a record drop last week. 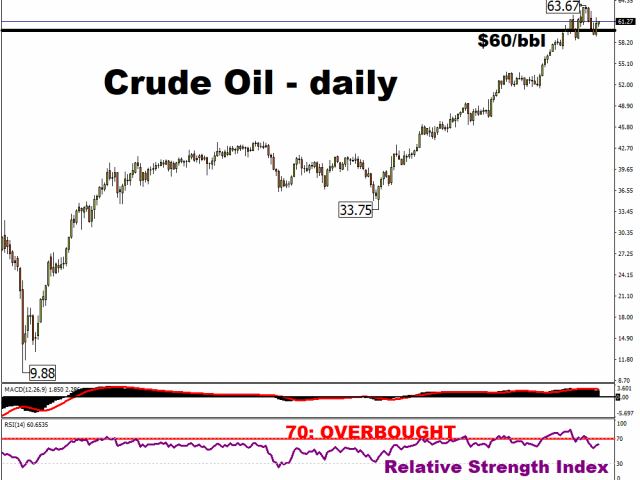 Both Brent and Crude are edging higher at the time of writing, as markets eagerly await this crucial decision by OPEC+.

Recap of OPEC+ decisions since pandemic

Indeed, oil benchmarks have staged a remarkable comeback since the price war between Saudi Arabia and Russia in March 2020 amid the throes of the pandemic, thanks to some key supply interventions by the alliance:

What to expect from today’s OPEC+ meeting

As things stand ahead, OPEC+ still has some 7 million bpd that it’s withholding from markets, and up to 1.5 million of it could be restored starting next month.

Here are the main two aspects of today’s OPEC+ decision that are gripping markets:

That quantum of the supply hike could determine the extent of oil market’s reaction in the immediate aftermath of today’s OPEC+ decision. In other words, the larger the incoming supply next month, the bigger the moderation in prices.

To be clear, this isn’t to suggest we could see oil prices capitulate this week. The global demand recovery appears robust enough to absorb more incoming barrels of oil in April. Even by OPEC’s own estimates released this week, should the cartel push out 2.4 million bpd between February and June, the global oversupply can still be erased by August.

Nevertheless, today’s decision is set to have a major bearing on how oil benchmarks perform going forward.

A full 1.5 million bpd being flooded back into global markets starting April could drag Brent back to sub-$60 levels once more, while a supply hike closer to the 500k bpd figure could push Brent closer to $70.

“Markets Extra” Podcast: What do OPEC+ and “Guardians of the Galaxy” have in common?