What sell off? Last week saw huge moves in bond markets, and let’s not make any bones about this, a 20-basis point intraday move in the US 10-year yield is massive! But it has been relatively calm so far this week, with stock markets beholden to dip buyers once more and seeing a strong bounce from the tumult in February.

Even with China’s top bank regulator saying he is “very worried” about risks emerging from bubbles in global financial markets (and the nation’s property sector), today’s wobble in Asian stocks has not been seen in other markets with US indices opening mixed, after their best performance in almost nine months to kick off March.

The S&P500 has been very well supported by its 50-day moving average so far this year. Prices have touched that indicator twice intraday and bounced strongly in the following sessions.

If bulls can get beyond last week’s high, then more new record peaks can be reached, with good support now holding around 3,800. 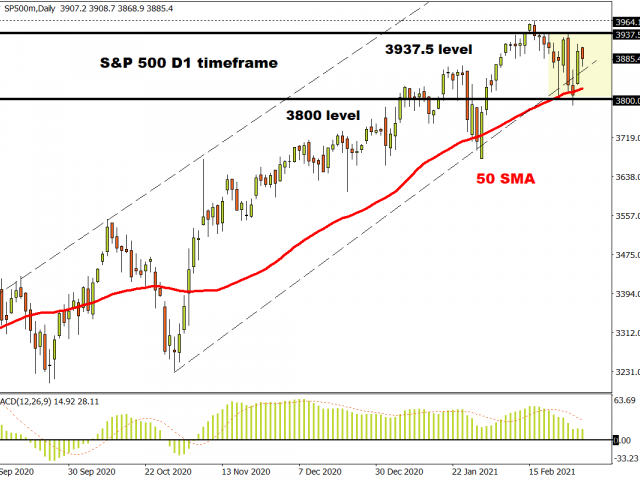 The dollar is mixed against its major peers, with the DXY edging back from four-week highs. Last week’s rebound in the greenback eased near-term downside risks and perhaps indicates a period of consolidation in FX generally until directional risks become clearer.

It seems the dollar doomsday scenarios of many on Wall Street have been premature, though it is unlikely that the world’s reserve currency can rally significantly in the medium-term. 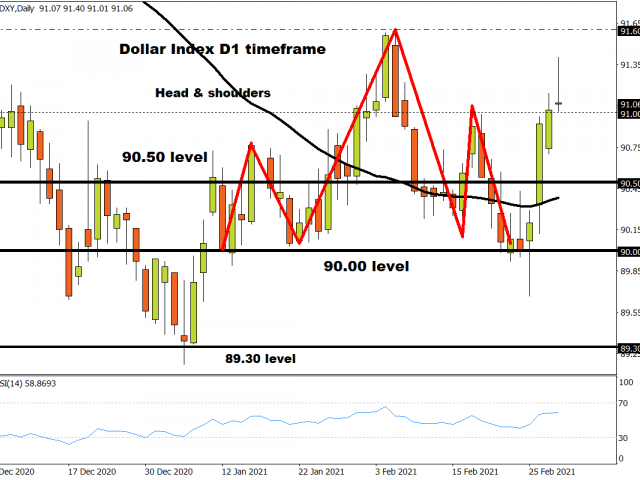 Notably, the dollar has rallied really strongly against the safe haven majors JPY and CHF. USD/JPY, well known for its correlation to US bond yields, is approaching 107 and USD/CHF has tried to break above 0.92. These currencies remain key laggards as markets take the chance to unwind CHF long positions especially, built through the pandemic period. 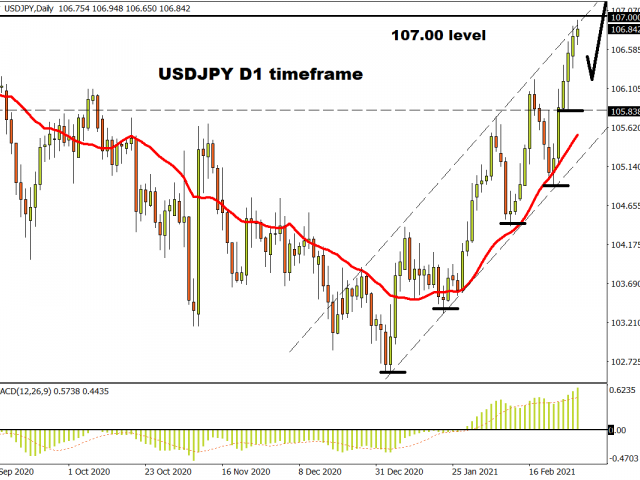 The aussie is the top performing major after the RBA left its policy message unchanged earlier today. There was extra focus on rising bond yields, but the bank showed little discomfort with their recent rise, even though it has heavily intervened recently to counter the bond selloff. The RBA refrained from touching its forward guidance out to 2025 with recovery prospects in Australia brightening.

After last week’s steep drop from 0.80, AUD/USD bas bounced back off the 50-day moving average and 0.77 support. Prices are now teetering at the previous January highs and need to close above 0.7820 to have a chance of getting to the February highs. 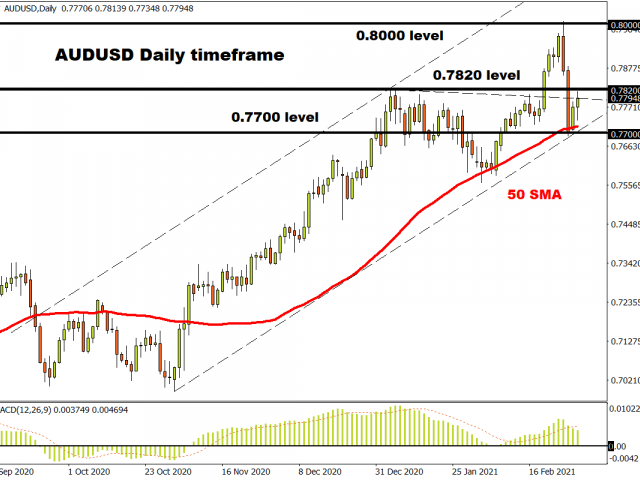