If you thought the recent events concerning GameSpot, retail traders and hedge funds were insane…just take a look at silver prices. The precious metal punched above $30 on Monday, hitting its highest level since 2013 after retail traders set their eyes on the silver markets following the brutal attack against short sellers of GameStop. Like the buying frenzy in GameSpot that rattled the financial world last week, silver’s aggressive appreciation can be trailed back to Reddit’s WallStreetBets (WSB) forum.

Is this rally sustainable?


Firstly, it’s worth keeping in mind that GameStop and silver differ greatly. One is a video game retailer while the other is a precious metal!

So, while the combined efforts of retail traders may influence the price of individual stocks, the same may not be said for the entire silver market.

How about the fundamentals?

The fundamentals influencing Silver prices are quite similar to Gold, with their being differences in regards to the supply and demand dynamics.

Over the past 10 years, silver had a whopping 80% correlation to the price of gold. When things eventually fizzle out or retail traders set their sights on another target, Silver is may continue to range. 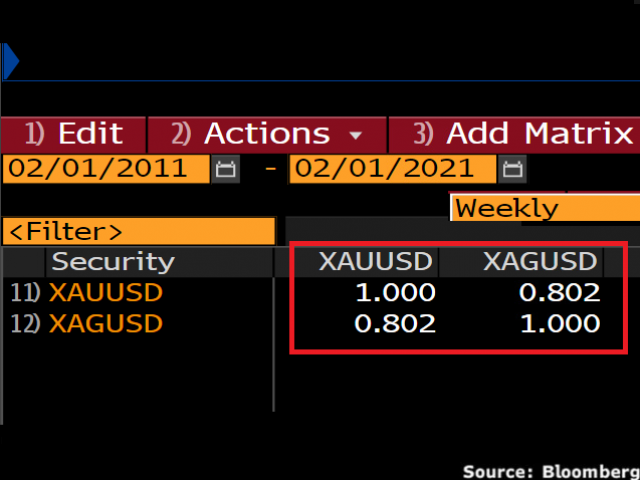 Just like Gold, the precious metal was stuck in a wide and choppy range due to the absence of a directional catalyst. If the Dollar continues to appreciate due to delays in Bidens stimulus package, this may drag silver prices lower in the near term.

Time to breakdown the technicals

The sharp appreciation in prices today has placed bulls in the driving seat.

There have been consistently higher highs and higher lows on the daily and weekly timeframe while the MACD trades to the upside. A strong weekly close above the $30 level may open the doors towards $32 and $35. 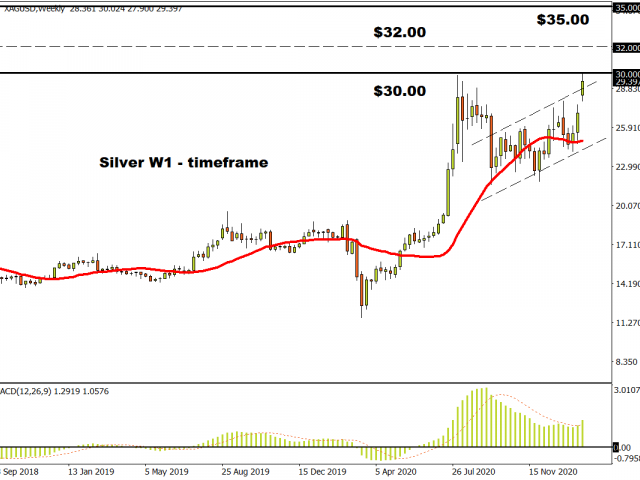 Alternatively, prices could trade lower if $30 proves to be a stubborn resistance. This may open the doors towards $27.40 and $24.50. 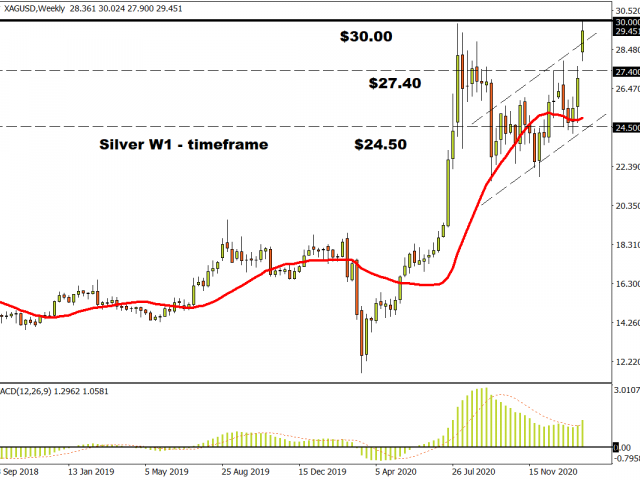 For my intraday traders, it’s all about how prices react around the $30 level. A four-hourly close above this point may signal further upside but a rejection could trigger a move back towards the $27.40 – $28.00 regions. 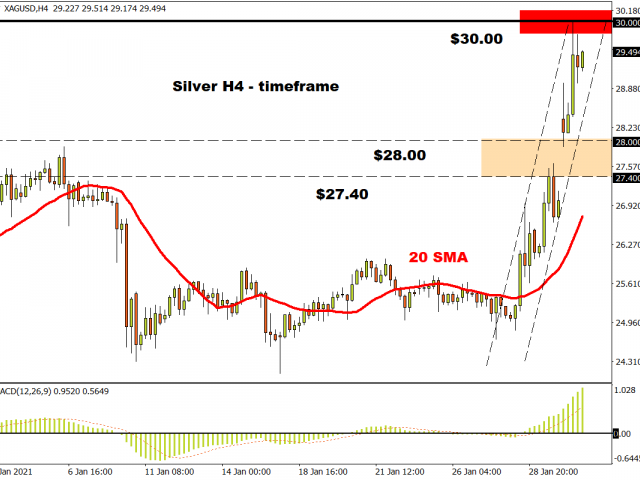 Financial News Metals
← The US manufacturing sector is showing robust growth, supporting the rise of the dollar
January ends with declines in virtually all the major indices →
Featured Articles: