Shares in US tech company Amazon are trading a little lower ahead of the final stock trading session of the week.

The company’s shares have seen very congested price action over recent months with price settling into a ranging formation, framed by a contracting triangle structure since correcting from the September 2020 highs.

While Amazon shares have been grinding steadily higher since November, the company has failed to recapture the upside momentum seen across Q2 last year. Price is now, once again, caught between support at 3103.51 and resistance at the 332.07 level.

This week, there has been a string of negative press around the company. This is likely weighing on sentiment into the end of the week.


Firstly, UK newspaper The Mirror, on the back of an investigation conducted in conjunction with the bureau of investigative journalism, reported that Amazon has been using ‘slave labour” in the UK.

The Mirror reported that Amazon has been hiring workers through agencies offering zero-hour contracts. This is despite their claims that it does not use such practises.

Workers also told of shifts being cancelled in the middle of the night or just a few hours ahead of the shift start time. Furthermore, some workers are paid less than advertised.

Given that Amazon saw its UK sales rocket higher by 51% to $20 billion across the pandemic, the news is particularly troubling. The report also revealed that some Amazon couriers are paid as little as £2 per hour for their work.

Amazon said that it created 20,000 seasonal positions over the Christmas period to deal with record demand and said that it did not use zero hour contracts or work with agencies which did.

Q4 saw bumper returns for Amazon globally. The company reported Q4 earnings per share of $14.08, almost double the $7.20 Wall Street was looking for.

Revenues were also much higher than expected at $125.56 billion, beating estimates for a $119.7 billion result. This is the first time the company’s earnings broke above the $100 million mark. 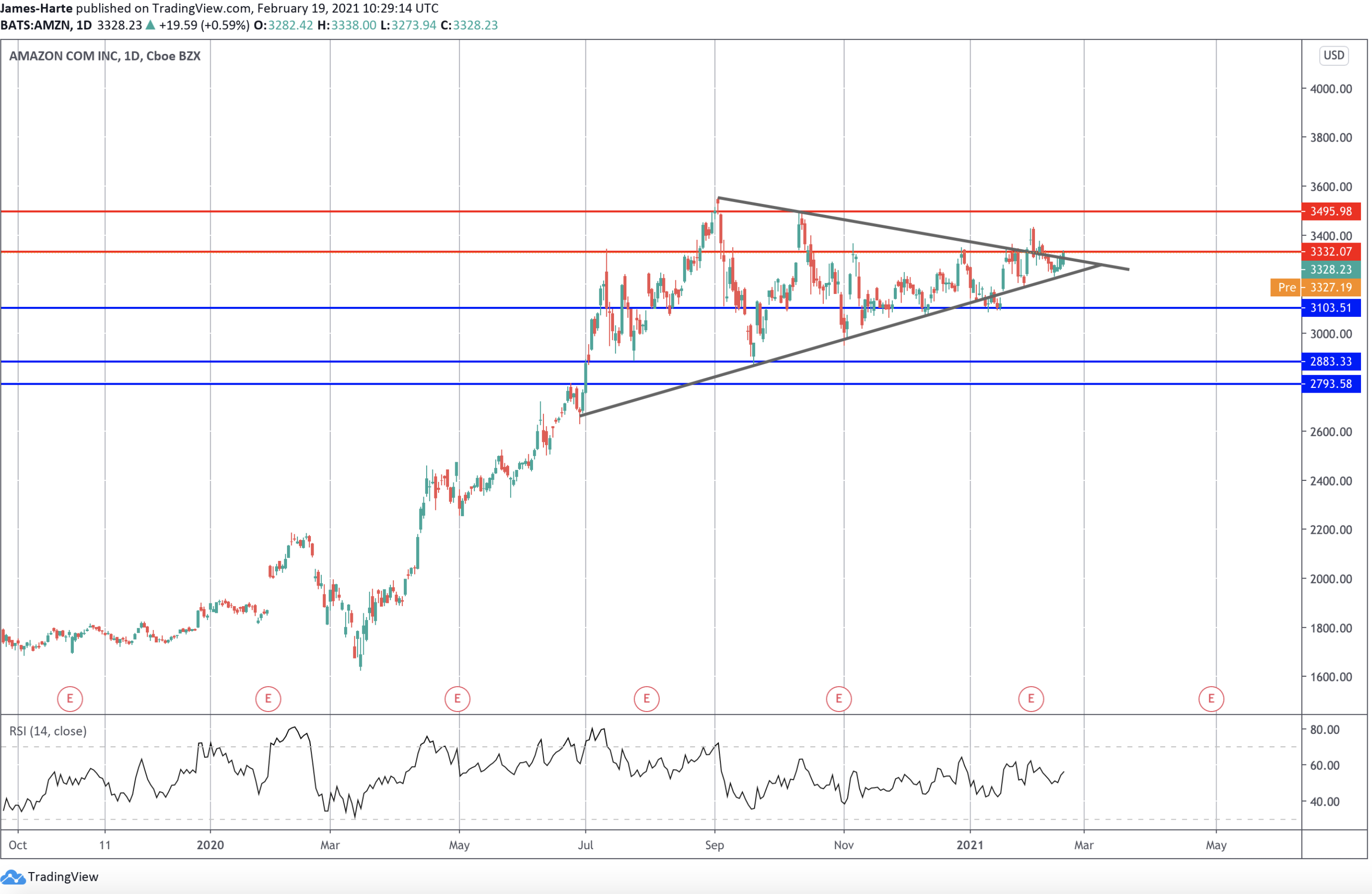 Amazon shares have been trading into the Apex of the contracting triangle pattern which has framed price action since summer 2020. For now, price remains trapped between the 3103.51 level and the 3332.07 levels.

Pre-market, price looks to be opening below the triangle low, suggesting a move to test the lower support level. If broken this will open the way for a test of the 2883.33 level next.