The last time we saw such a technical event, in June 2018, bullion fell by another 9 percent over the following two months. However, the precious metal then went on to climb by nearly 80 percent over the subsequent two years, a run that culminated in setting a new record high in August 2020.

Spot gold is now more than 11 percent lower from that record peak, and bulls must be frustrated at how 2021 has panned out so far.

Despite a breach of the psychologically-important $1900 mark at the onset of the year, it has failed to live up to its early promise so far, and is currently trading below its 200-day SMA. 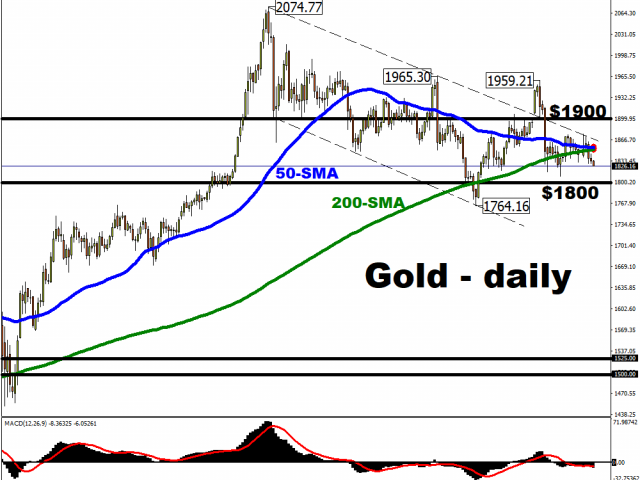 Gold has an inverse relationship with the US dollar, which means that when the dollar goes up, gold tends to go down (and vice versa).

The greenback has so far defied the market consensus coming into 2021 that we would see a weaker dollar environment. Instead, the dollar index (DXY) is up 1.3 percent on a year-to-date basis, which has in turn heaped downward pressure on the precious metal. 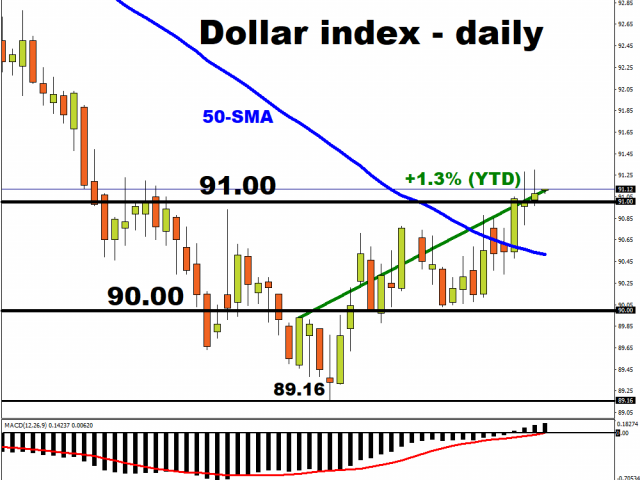 Gold’s expected rise is based on these assumptions:

What’s the latest on the US fiscal stimulus that’s supposed to give bullion a boost?

Lawmakers are still wrangling over the total size of the economic support package, with the $1.9 trillion figure still being featured in the headlines. However, President Biden’s agenda is already facing stiff resistance from Republicans, who are angling for a smaller fiscal stimulus package.

The Republicans may have a stronger argument to make if the US economy can show signs of further improvements. Wednesday’s jobs data release by the ADP Research Institute showed that company payrolls increased by 174,000 in January, compared to the 70,000 figure expected by economists polled by Bloomberg.

That better-than-expected ADP number sets us up for a positive surprise in this Friday’s non-farm payrolls. Markets have already revised their NFP expectations upwards, from 70,000 to 100,000, since the ADP numbers were released.

A stronger than expected recovery in the US jobs market may prompt a dilution in the incoming fiscal stimulus package, and that narrative is now weakening the case for Gold bulls.

Such an outcome could see the $1800 psychologically-important mark beckoning closer for gold prices.