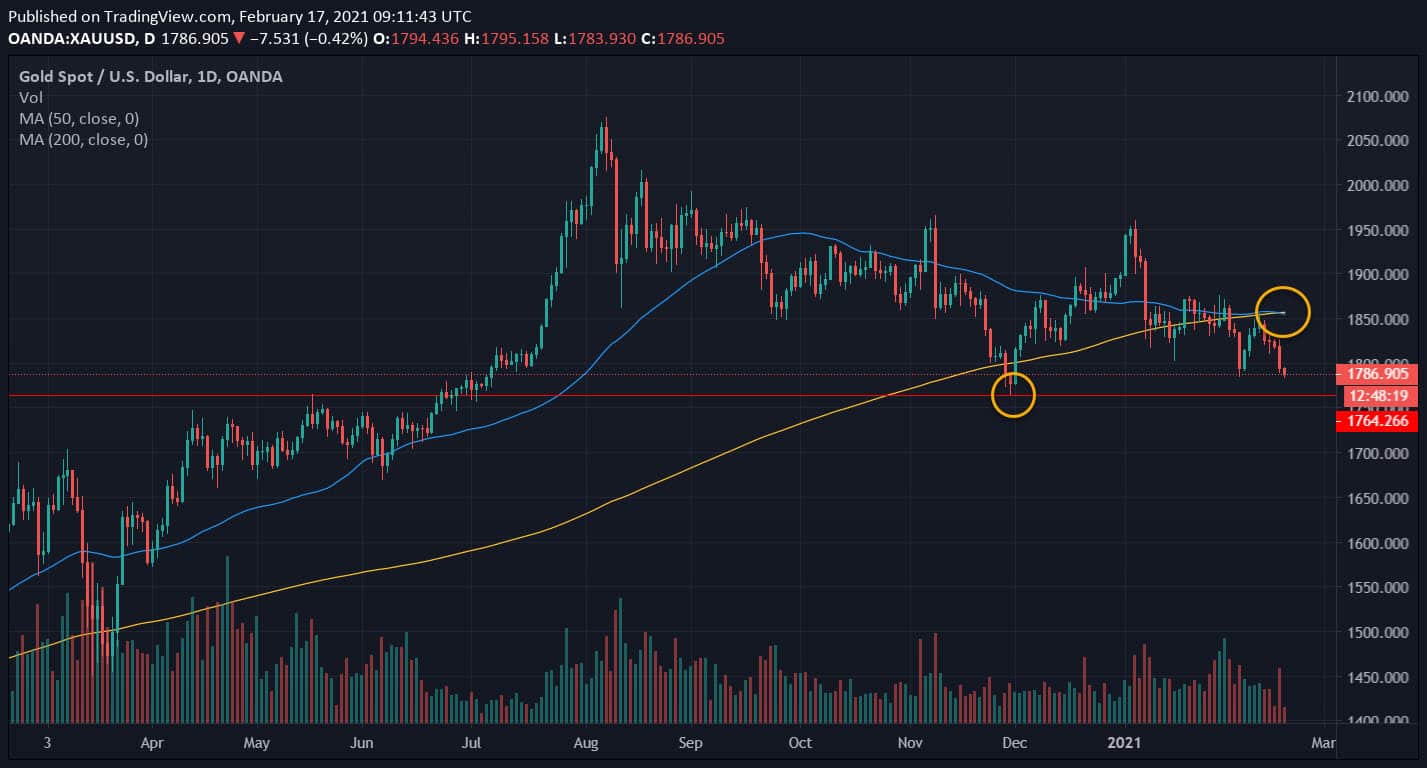 Gold prices extended their losses in early trading on Wednesday, pressured by rising bond yields and a firmer US dollar. On Tuesday, the US 10-year Treasury yield reached a level not seen since February 2020, while the US dollar index bounced back from a three-week low.

The rise in bond interest rates has been spurred by the optimistic outlook in the market, amid positive news on COVID-19 vaccine rollouts and the $1.9 trillion US stimulus package. Rising bond yields make non-yielding assets such as gold a less appealing investment.

The mandatory Securities and Exchange Commission’s (SEC) 13F filing of BlackRock, the world’s largest asset manager, revealed that it is exiting gold and buying silver. The filing showed that in the fourth quarter of 2020 BlackRock sold 2.7 million SPDR Gold Shares (GLD) and bought 1.18 million shares of iShares Silver Trust (SLV).


Peter Schiff, notable gold bull and CEO of Euro Pacific Capital tweeted: “Now that #Bitcoin has hit $50,000 I must admit that a move up to $100,000 can’t be ruled out. However a move down to zero can’t be ruled out either. While a temporary move up to $100K is possible, a permanent move down to zero is inevitable. If you don’t want to gamble buy #gold.”

Holger Zschäpitz, Senior Editor at the Economic and Financial desk of the German daily Die Welt pointed out the stark difference in the two assets, tweeting: “#Bitcoin is eating Gold in one chart! Gold/Bitcoin ratio hit a fresh All-Time low.”

Looking at the gold daily chart we can see that a bearish ‘death cross’ pattern (50 period moving average crossing below the 200 period moving average) is forming and that prices are falling for a fifth consecutive session. The next key level of potential support lies at the prior low of $1,763. Markets now look to the US retail sales report and the minutes of the Federal Reserve’s January monetary policy meeting.