There were chaotic scenes on Capitol Hill on Wednesday, as it was breached by pro-Trump protestors. Lawmakers were in the middle of a debate over the legitimacy of the November presidential election results, before they were driven from their chambers by the mob. The joint session in Congress has since resumed, and the counting of the electoral votes from the November presidential election is back underway at the time of writing.

Still, markets deemed such events as mere “noise”, and didn’t deter them from offering their reaction to the “blue wave”.

Democrats were declared winners of both Georgia Senate runoffs, giving them political control of the White House, the Senate, and the House: a “blue wave”. All this means that incoming US President Joe Biden, once he is inaugurated on 20th January, would have a much easier time implementing his agenda.


And such an agenda could make for more US fiscal stimulus, which is set to benefit key sectors of the real economy. With such a narrative in mind, no surprise that the Dow Jones index was the best performer out of the three main US equity benchmarks, given its larger exposure to real economic sectors such as industrials, consumers, and energy. These three sectors account for about 40 percent of the total weightage on the Dow, which climbed 1.44 percent in the Wednesday US session.

Dow Jones futures are now pushing higher, and with the MACD tilting over to the bullish side, it suggests that the 31,000 line could soon be breached as this nearly-125-year-old index posts new record highs. 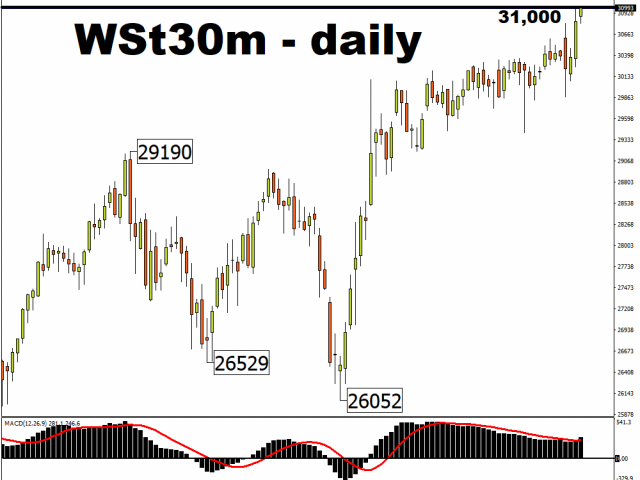 What does the “blue wave” mean for Big Tech?

The campaign against Big Tech had received bipartisan support, even before the November presidential election. So the heightened regulatory scrutiny would have ensued anyway, no matter who won control of the White House and the Senate. However, with Democrats now holding ultimate sway on Capitol Hill, it raises the spectre of tougher regulations and also a potential tax hike.

Such a combo of dampeners suggests that tech stocks would have to put in a lot more effort to climb over the next couple of years. With such expectations in mind, the tech-heavy Nasdaq 100 fell by another 1.4 percent on Wednesday, extending its week-to-date declines to 2.06 percent. FAANG stocks felt the brunt as the “blue wave” came crashing down on them:

However, with Nasdaq futures now pushing higher, it suggests that tech stocks are set to pare losses from the first half of the week. 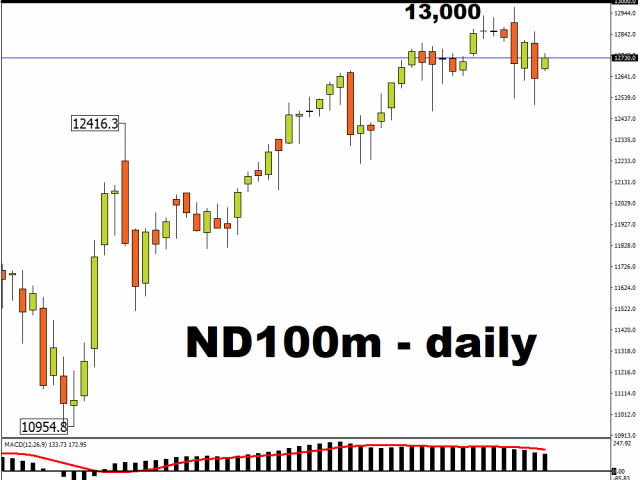 Besides stocks in the real economy, green stocks such as Tesla are set to enjoy tailwinds under the Biden administration. The green agenda is very much aligned with the Democratic platform, with Biden even signalling his intentions for America to pivot away from Oil during one of the presidential debates.

No surprise then that Teslas stock posted a new record high, closing just below the $756 mark. Tesla CEO Elon Musk is now just about US$3 billion shy of claiming the top spot on the Bloomberg Billionaires Index, a title which Amazon CEO Jeff Bezos currently holds. Given the expected policy tailwinds for the EV sector over the coming years, Tesla’s share price may well build on its mercurial 743 percent gain from 2020. 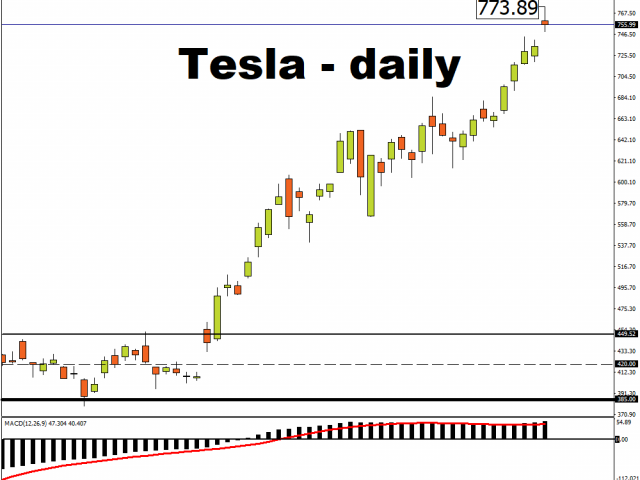 The Silver Roadmap Jan 22, 2021 - Peter Krauth, the editor of Silver Stock Investor, looks at silver's bull markets since the 1970s and discusses what he thinks lies ahead. Source: Peter Krauth for Streetwise Reports   01/19/2021 There's no consensus on whether silver is in its second…