Tesla shares have started 2021 in the green following news over the weekend that the company beat analyst expectations for vehicle deliveries in 2020. Despite the pandemic, Elon Musk’s company delivered a record 180,570 vehicles over Q4. This beat Wall Street’s projection of 174,000.

Shareholders in Tesla enjoyed a bumper rally of almost 900% in 2020 bolstered by a steady strengthening of earnings beats and news that Tesla will now be included in the S&P500 index. Tesla joined the index in December as its sixth-largest company. It was immediately cheered by investors who drove the Tesla rally higher.

In terms of its performance over 2020, the company’s sales received a strong boost from the significant scaling up of production at its plant in Shanghai. Along with the launch of a Model Y car, based on the former Model 3 vehicle.


Focus on Production over 2021

Looking ahead, investors have been buoyed by Tesla’s plans to ramp up production further in 2021. Plants are due to open in Texas and Germany. The key issue for Tesla is to ensure that it is able to satisfy increasing demand with a proportionate rise in production. The main focus for investors and analysts this year will be on the scaling up of its production at the two proposed sites listed.

While Tesla was successful in boosting its production in Shanghai last year, it will need to be as successful this year in order to avoid a bottleneck. This could weigh on sentiment.

Tesla is next due to report earnings on February 2nd. The market is looking for Q4 earnings per share of $0.93. 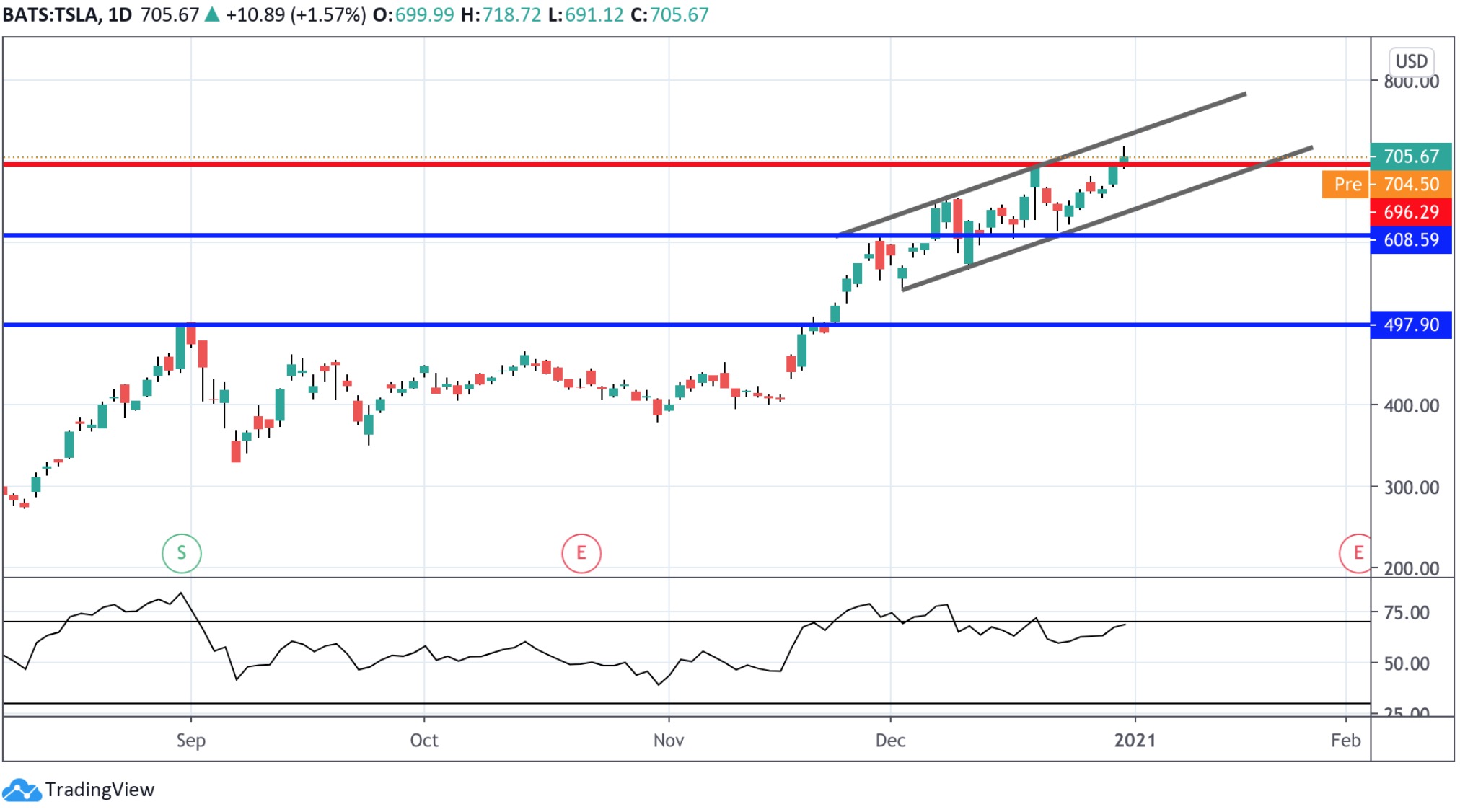 Tesla shares continue to trade in a tight bullish channel and are currently sitting just above prior resistance at the 696.29 level. While price remains within a bullish formation, for now, bearish divergence on the RSI indicator suggests the risk of a reversal lower.

To the downside, any correction lower will turn focus to support at the 608.59 level. A break of there would open the way for a test of the 497.90 level next.