In the H4 chart, BTCUSD is forming another descending correctional wave. Earlier, the first wave reached 23.6% and was followed by a pullback to the upside. The current decline has already updated the local low and may reach 38.2% at 27480.00. if the price breaks this level, the asset may continue falling towards 50.0% and 61.8% fibo at 22970.00 and 18507.00 respectively. After completing the correction, the asset may resume growing and break the high at 42017.50. 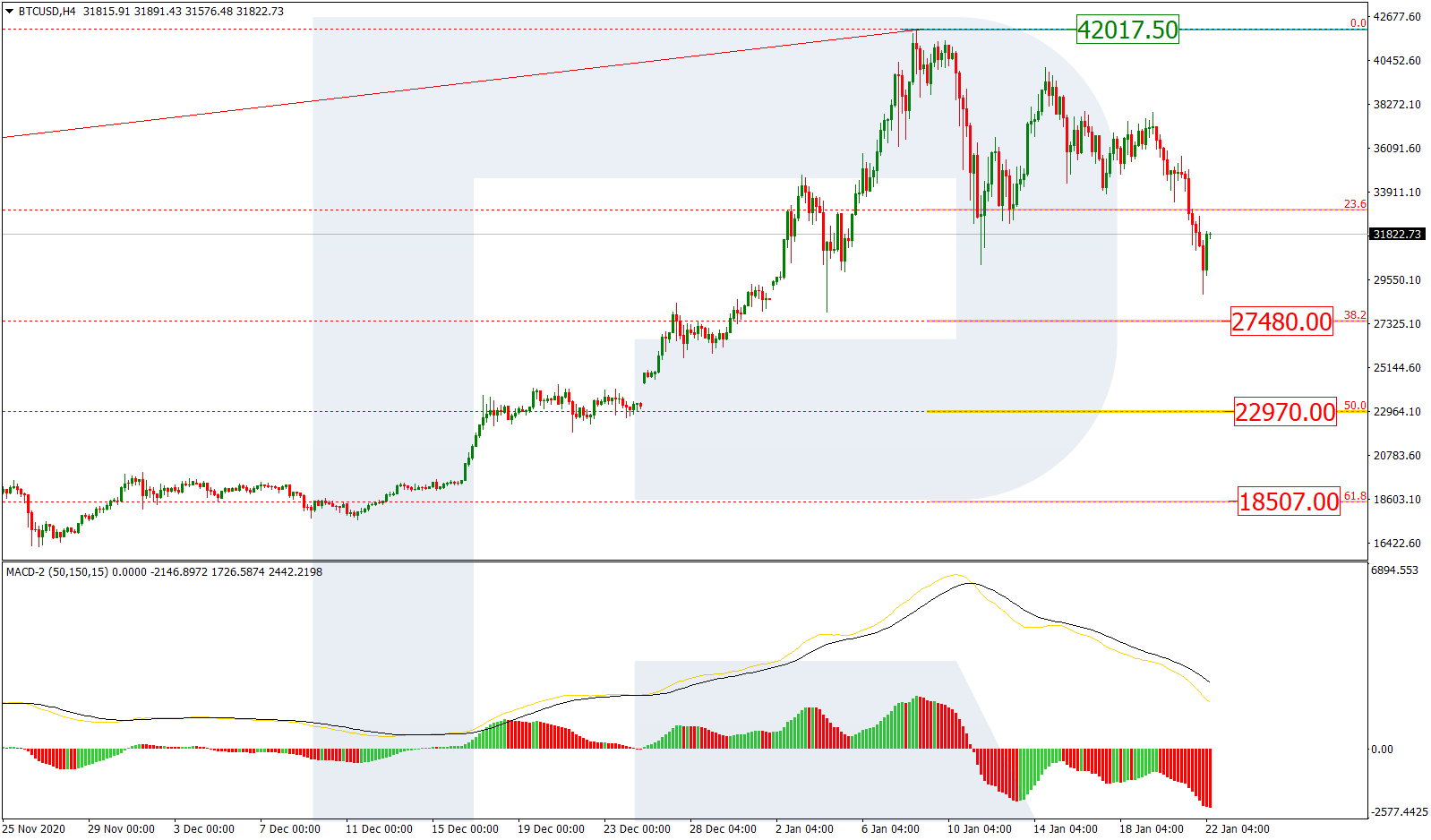 The H1 chart shows a short-term correctional uptrend after a breakout of the local low, which is heading towards the local resistance at 33017.00. The key resistance is at 40099.99, a breakout of which may complete the correction. After that, the instrument may start a new decline to reach the post-correctional extension area between 138.2% and 161.8% fibo at 26575.00 and 24244.00 respectively. 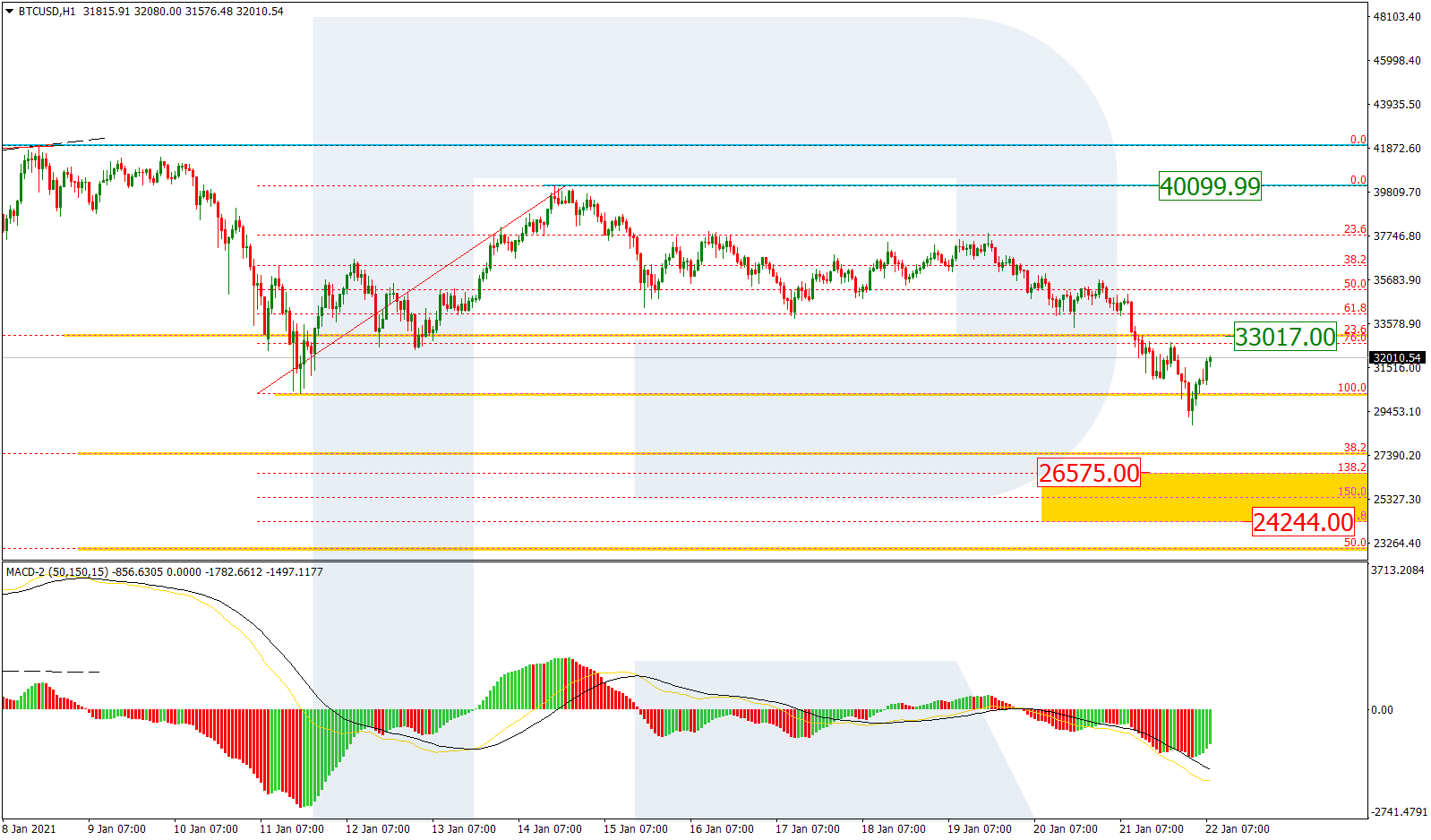 ETHUSD, “Ethereum vs. US Dollar” 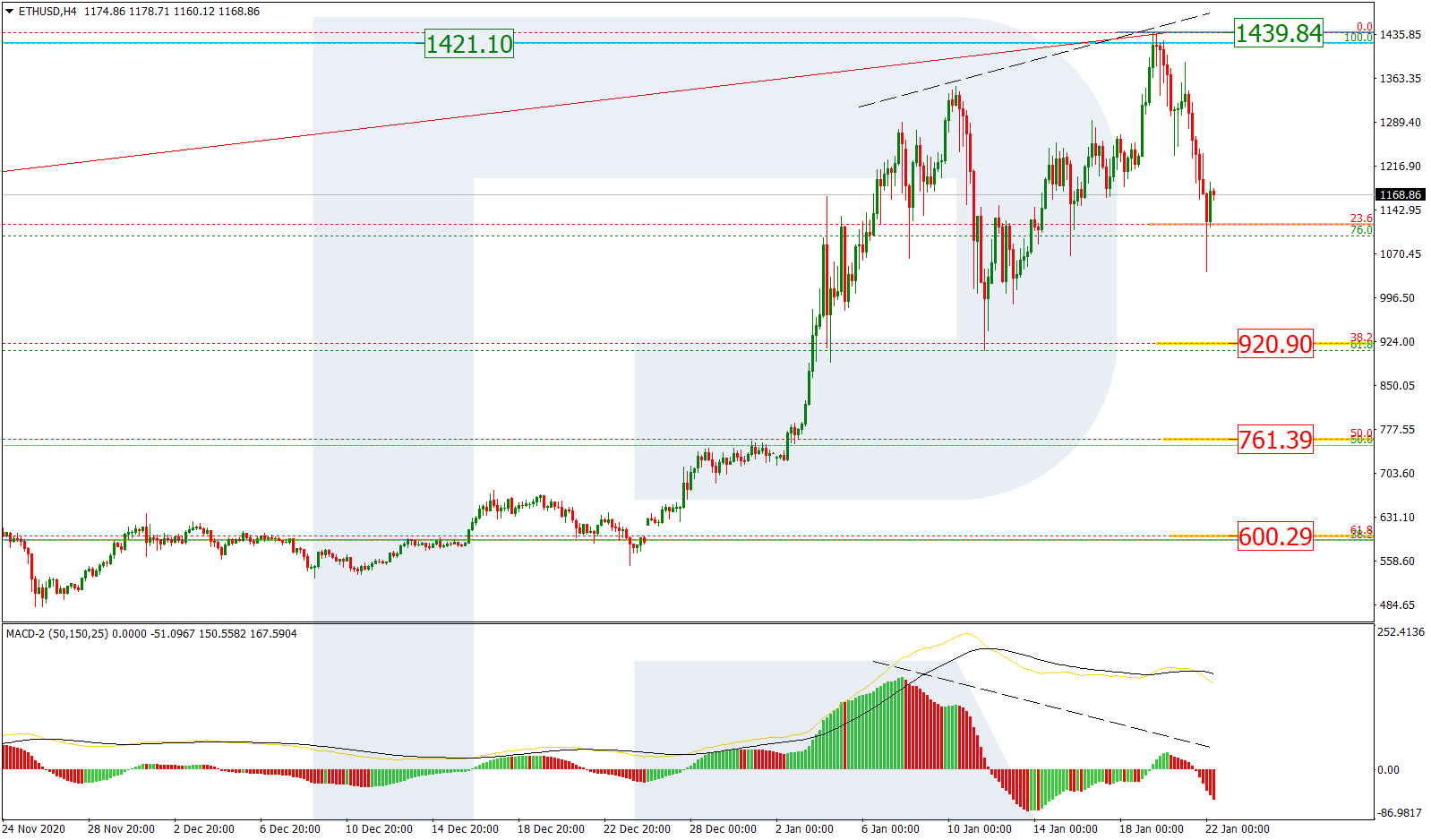 As we can see in the H1 chart, the pair is correcting after completing the descending wave and has already reached 38.2% fibo. Later, the price may continue growing towards 50.0% and 61.8% fibo at 1215.41 and 1255.87 respectively. A breakout of the local low may hint at a further mid-term downtrend. 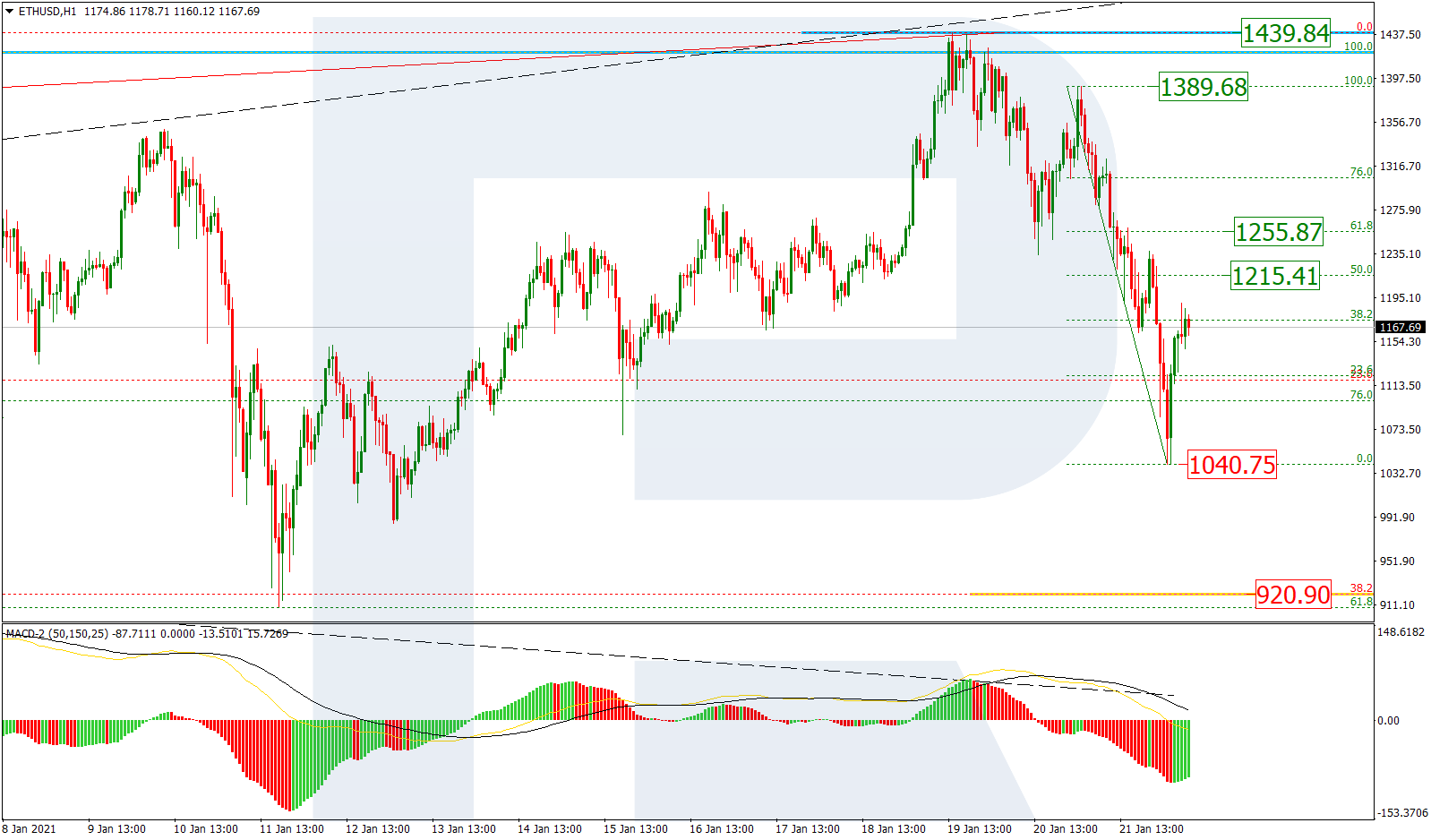