Crude Breaks Out On Huge Drawdown

Crude oil prices have started 2021 on a strong footing with prices surging higher in response to a firmly bullish report from the Energy Information Administration.

The EIA reported that in the week ending Friday, January 1st, US crude oil inventories were lower by 8 million barrels.

Despite the headline drawdown in crude, US gasoline inventories were actually higher over the week, increasing by 4.5 million barrels.

The increase, which was the largest since April 2020, far surpassed the 1.5 million barrel increase analysts projected.

Distillate stockpiles were also much higher over the week, increasing by 6.4 million barrels. This was again more than double the 2.3 million barrel increase the market was looking for.

In its latest update, the EIA also gave insights into the performance of crude over 2020 as a whole.

The report noted that overall, US crude production declined heavily over the year as a result of the COVID pandemic. Total products supplied fell by 12% on the year.

Jet fuel consumption (the aviation sector) was the worst-hit sector, falling 43% on the year.

Oil prices have also been helped firmly by continued weakness in the US dollar.

With the markets now looking ahead to the incoming Biden administration, the focus is on greater US fiscal stimulus.

This should continue to keep the dollar pressured as the US grows its deficit to fund the extra spending. This, in turn, should keep oil prices rising in the near term.

The COVID backdrop still presents a firm downside risk, however.

While vaccinations have now begun, globally, the current situation is severe, with any countries having re-entered lockdown.

For now, risk assets remain bolstered by vaccination hopes. However, if the current lockdowns drag on longer than expected, this could see oil start to reverse lower once again. 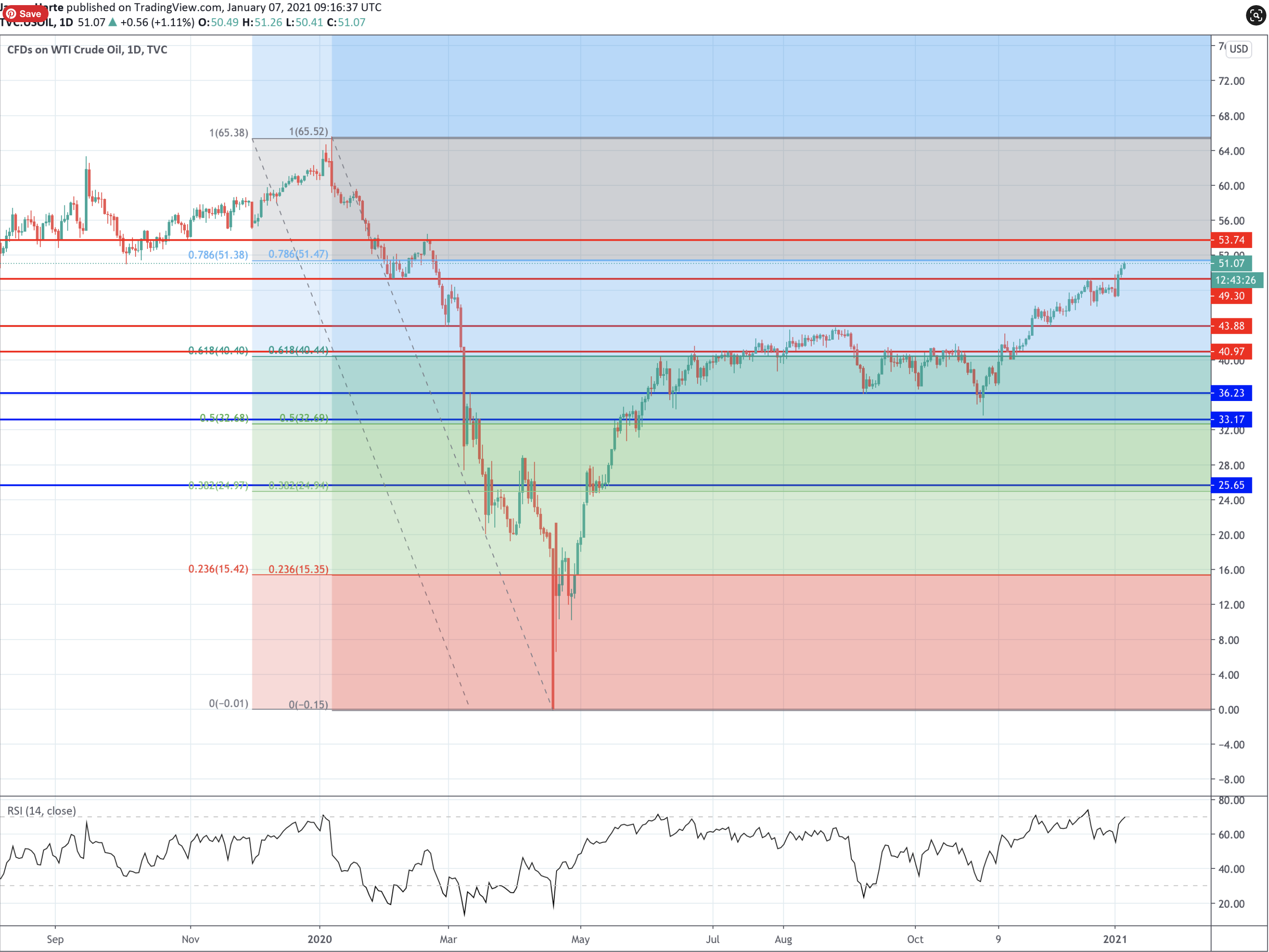 Crude oil prices have now broken above the 49.30 level for the first time since March 2020.

Price is now testing the 78.6% retracement of the decline from 2020 highs.

Above here, the next resistance is the 53.74 level which marked the last swing high before the pandemic-induced sell-off in Q1 last year.