US stocks have opened modestly higher as markets await President-elect Biden’s all singing and all dancing stimulus plans. Will it be trillions or just hundreds of billions as Goldman Sachs forecast ($900 billion to be precise!)? Whatever the size, the US economy has reminded us that it is still in bad shape and desperately needs a big fiscal boost.

The weekly initial jobless claims figures came in much worse than expected, jumping to a new high since August of 965k last week, 176k worse than expected, while continuing claims came in some 271k above expectations. The stalling jobs market is turning into something worse, as let’s not forget the worst claims number during the GFC in 2008 was a ‘mere’ 665k! The monthly NFP is looking very bleak at this stage with the upheaval in Washington certainly not helping speed up the vaccination program.

It seems markets are presuming that the bad numbers will only mean more stimulus is poured into the economy, which is helping the Dollar turnaround from its lows set earlier in the day. At the moment, the downside for USD is backstopped by rising domestic yields and it will be interesting to see if Chair Powell addresses this in his webinar later today. Messaging from other Fed policymakers this week has downplayed the recent rise in yields and the head honcho is expected to stick to the same script. The economy remains far form the Fed’s goals and with the virus still raging, Powell is likely to say the Fed can provide more accommodation if warranted – more succour to equity bulls for sure! 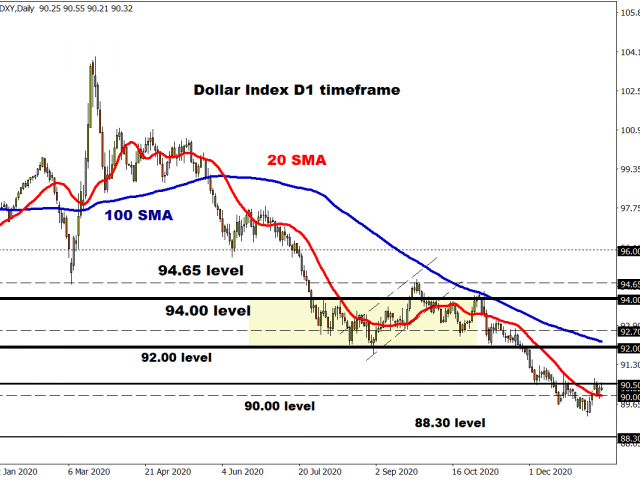 The single currency has underperformed recently amongst G10 currencies as the Dollar has staged its relief rally. In fact, it has been the second worst performing major since 6 January when the Dollar index put in place its low of 89.21 and has seen the biggest pullback in percentage terms (-1.7%) since late October/early November. EUR/USD has broken support from recent lows between 1.2130 and 1.2150, and now has eyes on 1.2058 from 9 December if we close lower on the day. 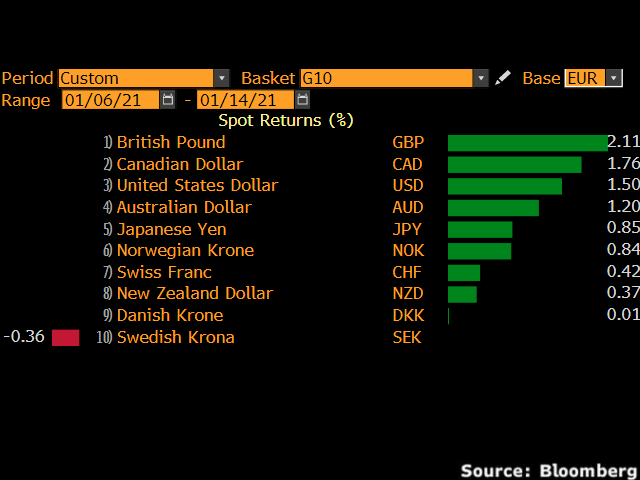 Rising political uncertainty in Italy is grabbing headlines but is probably not that impactful for markets. Virus worries and prolonged lockdowns have seen a trimming of large bullish positions in EUR futures while it was confirmed today that Germany signed off last year with zero growth and a 5% contraction for the year. 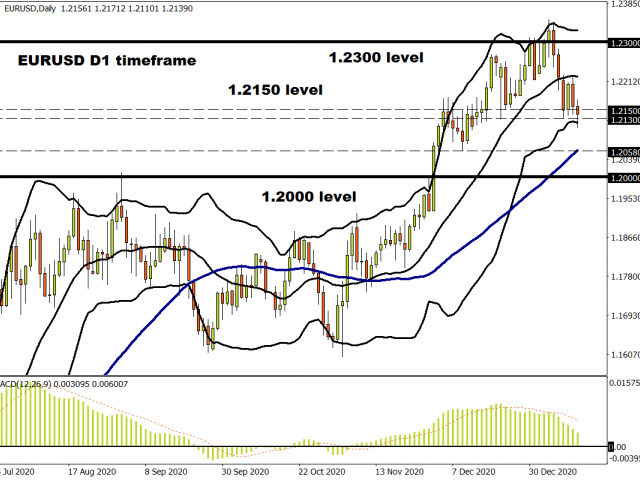 A beneficiary of the feeble Euro has been GBP which is homing in on major support around the June, September and November lows in the 0.8860 zone. There is very little support if traders drive this pair further south until the 0.8670 April lows.

Sterling is the leading major on the week so far with the wind in its sails after the BoE reigned in any NIRP chit-chat. With Brexit headlines for now a distant memory and the vaccinations ramp-up ‘world beating’ on many scales, GBP should enjoy its day in the sun (well, grey clouds from this vantage point!) 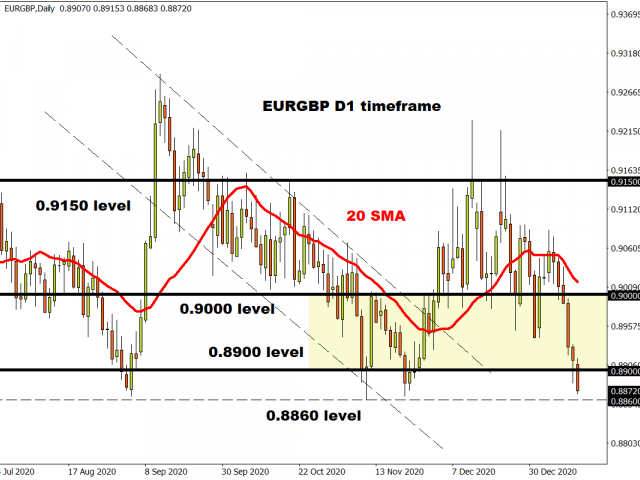