Cyon Exploration’s project, in “Elephant Country,” near the huge Cortez mining complex, offers the potential of both placer and hard-rock mining. 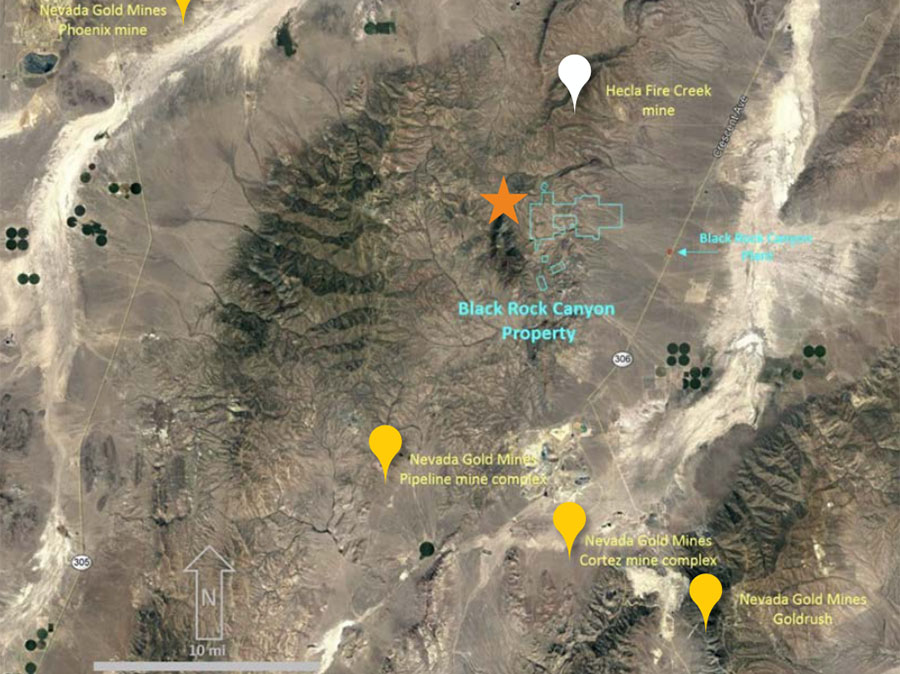 Nevada’s Cortez Trend is home to mega deposits, such as the Barrick Gold-Newmont JV Pipeline-Cortez complex that is estimated to have 45 million ounces of gold. Newly renamed Cyon Exploration Ltd. (CYON:TSX.V)—formerly True Grit Resources—recently acquired the Black Rock Canyon property, located also in the Cortez Trend, lies not far from this behemoth of a mine.


And the company aims to find out if it does.

The nearly 3,900-acre property has seen some barite and gold placer mining in the 1980s and 1990s. The property had been leased to various exploration companies, and over the years a lot of surface sampling for placer gold as well as shallow drilling was done. “The aim of the drilling was to look for shallow bulk machinable, open pit deposits, something that they could heap leach quickly,” Coulthard said.

Geologist Steven Weiss, technical advisor to Cyon, told Streetwise Reports that some of the shallow holes “intersected 600 feet of low grade gold that averaged 0.1 g/t, which is not anything economic, but it indicates a significant amount of gold in fluid leakage into the rocks in that part of the property. Those rocks are not good host rocks, but beneath those formations at depth we have very good regional evidence for much more prospective rocks called the Roberts Mountains formation and the windband limestone.”

Coulthard noted that Cyon recently purchased a lot of airborne data that it is overlaying on its map. “Because we have so much historical data, we do not need to spend a lot of time and effort trench sampling.”

On November 4, Cyon announced that it has compiled and is analyzing the historical data to select the best sites for deep drilling. “With only shallow drilling completed on the property historically, the topography suggests that the Cortez gold trend dips to a deeper depth and drilling to over 1,100 feet is needed,” the company noted.

Coulthard explained that the Black Rock Canyon property is situated in an extremely prospective area. “This property lies in a region where there are some really large, productive gold deposits and gold mines. Off to the southeast are the Pipeline and Cortez deposits, which are being mined by the Barrick Gold JV. And off to the northwest is the Battle Mountain district, where Newmont is busy mining at the Phoenix deposit. Just a few miles directly west of the property is a place called the Hilltop Mine, which was a historical gold producer. So the Black Rock Canyon property is in a really productive and prospective address.” 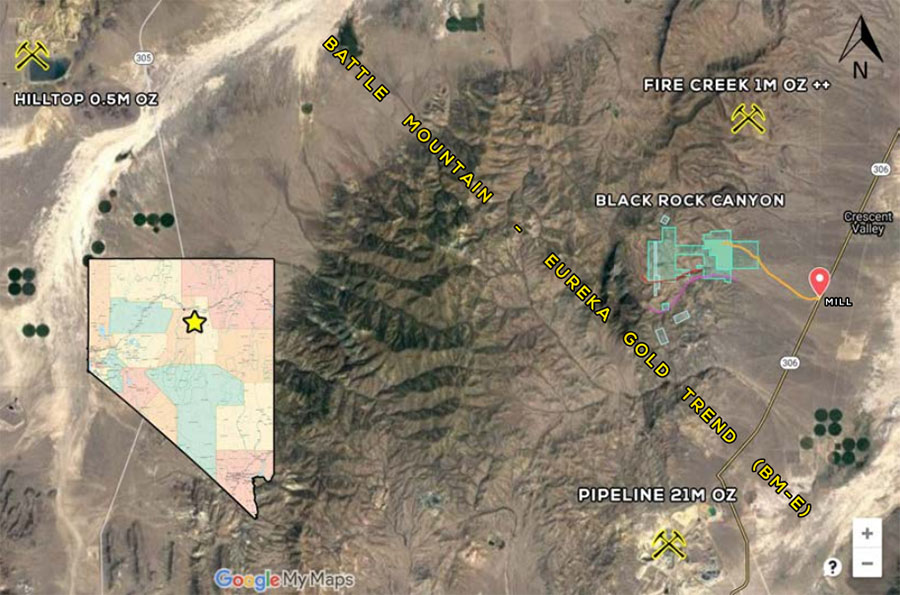 Cyon also recently acquired the Aspen Gold Property in northern British Columbia. The property is situated about 25 kilometers from Artemis Gold’s Blackwater Gold Project that has a Measured and Indicated resource of 12.4 gold equivalent ounces. Artemis just released an economic impact study on the project that estimated the Blackwater gold project would serve as a new economic engine for central British Columbia and Canada, contributing more than CA$13.2 billion to its economy over a period of 23 years.

Initially, Cyon plans to update Aspen’s existing 43-101 report. “Based on that, we will decide how to proceed,” Coulthard said. “We will conduct an induced polarization survey and some aerial work in the spring.”