Tech back in the game?

US stocks are in the green midweek as the increasing prospects of an effective vaccine give everyone a small skip in their step and outweigh nagging worries over surging infections. Prospects for a global economic rebound are also helping oil rise for a third straight day to two-month highs, while Gold sits just above major support hoping the bull bugs haven’t given up on it just yet.

Tech stocks look to be making a comeback today with the all-important FAANGs finding a bid. We remind ourselves (if we need it!) that those handful of companies have had such a monumental impact on the performance of the S&P500 in the last 12 months that any decline more or less guarantees the index will start to underperform the rest of the world. An exit from the overcrowded nature of the ‘long FAANGs’ trade may have further to run in time, especially if we get more positive vaccine news.

Further cementing the bullish mood are Wall Street banks with JPMorgan lifting its S&P500 target to 4,500 by the end of next year, which compares with Goldman Sachs recent new target of 4,300. King Dollar meanwhile is holding its own after dropping to 8-week lows at the start of the week. 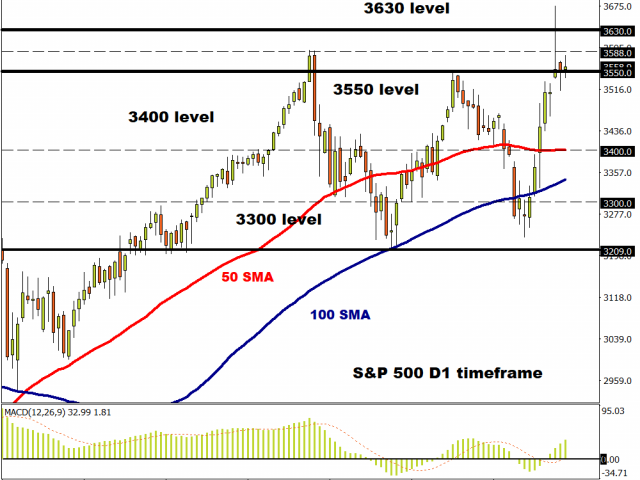 Oil is enjoying its seventh move up in the last nine trading days as the vaccine magic really helps to lift the commodity. The size of the move does look like it caught the market off guard as the demand picture is very unlikely to change in the near-term. With an OPEC+ meeting at the end of the month, do some members pull back from rolling over the current cuts if the rally continues?

Brent’s move higher has taken prices back to levels last seen at the start of September so this area around $45.50 to $46.50 may act as resistance. We’ve also just hit the 50-week Moving Average so some consolidation may be expected before any move higher. 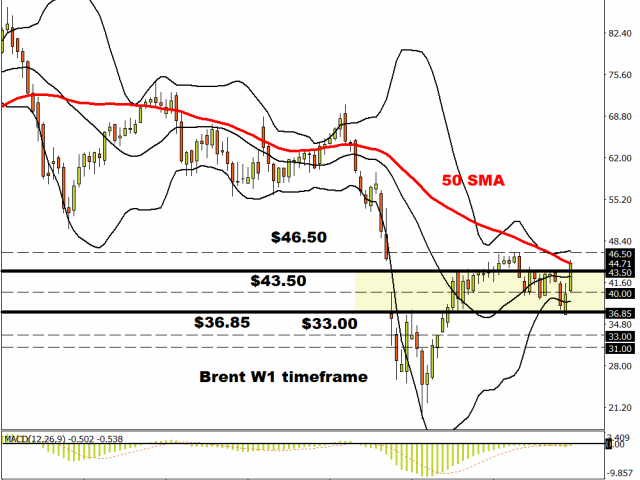 Financial News Stock Market News
← When investors doubt, there’s Big Tech and the Dollar
Farmers are depleting the Ogallala Aquifer because the government pays them to do it →
Featured Articles:

The Best TV Series Traders Can Use To Learn About Investing Jun 18, 2021 - By Orbex Hollywood’s reputation for prioritizing sensational drama over accuracy applies just as well to movies, TV shows, and even documentaries about finance. Not only do they take creative liberties with the narrative, but they are perfectly happy to substitute…

Cryptos: What the “Bizarre” World of Non-Fungible Tokens May Be Signaling Jun 18, 2021 - By Elliott Wave International The world of cryptos includes something known as non-fungible tokens, which go by the acronym NFTs. If you're unfamiliar with them, they're a bit bizarre but quite simple. Here's what the April Global Market Perspective, a…

Wall Street Smart Money Is Accumulating Physical Silver Ahead Of New Basel III Regulations And Price Explosion To $44 An Ounce Jun 18, 2021 - By TheTechnicalTraders  - Recently, Gold and Silver have somewhat stalled after a fairly solid upside price trend in April and May 2021.  Looking at the longer-term Weekly Silver chart, we believe Silver is ready to pounce with a big move…