So much for Friday the 13th being unlucky.

The S&P 500 posted a new record high on Friday after advancing 1.36 percent on the day, rewarding equity investors who have stuck it out amid a bumpy ride since it last posted its previous record high on September 2. Over the past two months, investors have weathered a resurgence in the global pandemic, a dip into a technical correction for the S&P 500, and also US elections risk, before being duly rewarded.

Heartened by the Friday’s historic moment, equity bulls are now sending US stock futures popping at the start of the new trading week, which suggests further gains at the US markets’ open on Monday. 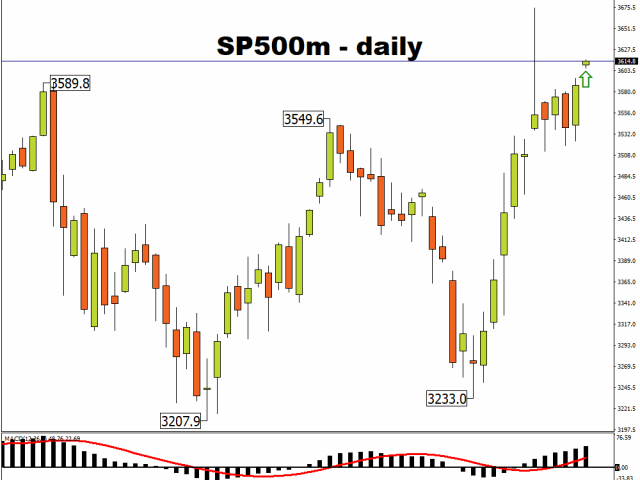 
In fact, both instances of Friday the 13th in 2020 have produced notable gains for this benchmark US stock index. On the only other Friday the 13th this year, which occurred back in March, the S&P 500 registered a 9.29 percent advance for the day. However, that meant little, given that global equities found themselves amid a careening market, with the S&P 500 plummeting by 34 percent between February 19th and March 23rd this year.

Perhaps what is slightly unusual is that the S&P 500 registered a new record high at a faster pace compared to the Nasdaq 100, considering that tech stocks have been the darling of equity markets around the world since Covid-19 gripped major economies in the first quarter of 2020.

The Nasdaq 100 Minis remain some three percent away from its highest record closing price, registered on September 2nd. Still, the index appears to be narrowing the gap, and has more room to climb before reaching overbought levels as per its 14-day relative strength index. 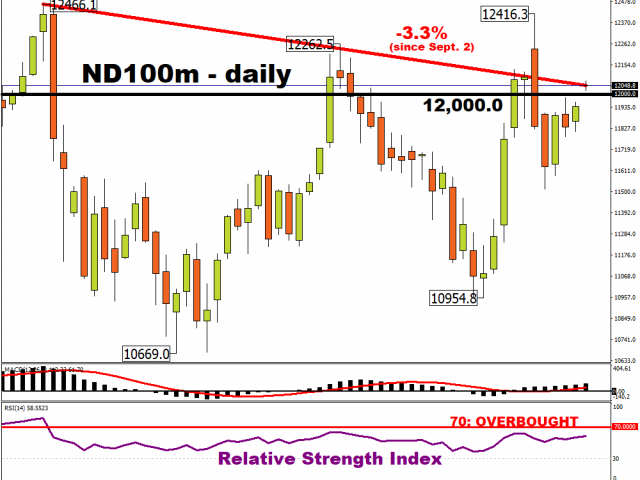 The discrepancy between the S&P 500 and the tech-heavy index indicates that investors are now getting more comfortable pouring money back into economic sectors that have been hit-hard by the pandemic, such as energy, financial, and industrial stocks, which are the three best-performing sectors on the S&P 500 so far this quarter. 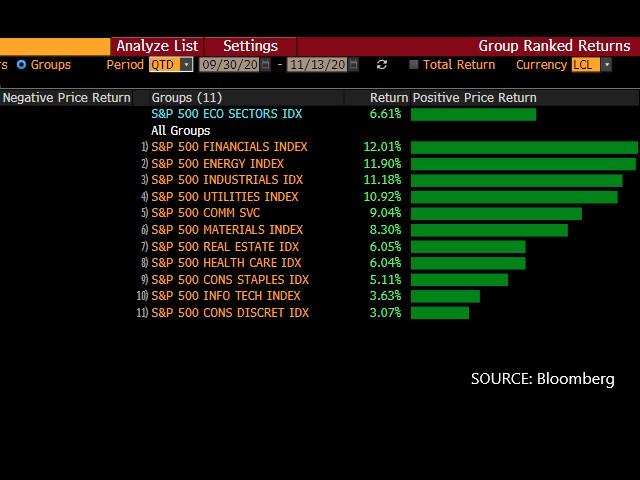 From a fundamental perspective, global investors were given a slate of new positive headlines to cheer.

Besides the abating of US election risk, pandemic advisers to US President-elect Joe Biden have publicly opposed a nationwide lockdown in the world’s largest economy. Also over the weekend, major global economies such as China, Japan, and ASEAN nations signed the world’s largest regional free-trade agreement. Such developments bode well for the global economic recovery, and in turn should feed into further gains for equities.

Still, the seasoned investor would know that not everything is plain sailing in global markets, and significant downside risks remain, with Covid-19 still demonstrating its grip on major Western economies, coupled with Brexit negotiations still rumbling along. If 2020 has taught us anything, is to guard ourselves from complacency, as risk sentiment could be derailed at any time by the unexpected.