Outcrop Gold, despite its name, is finding lots and lots of silver alongside gold at its Santa Ana project. 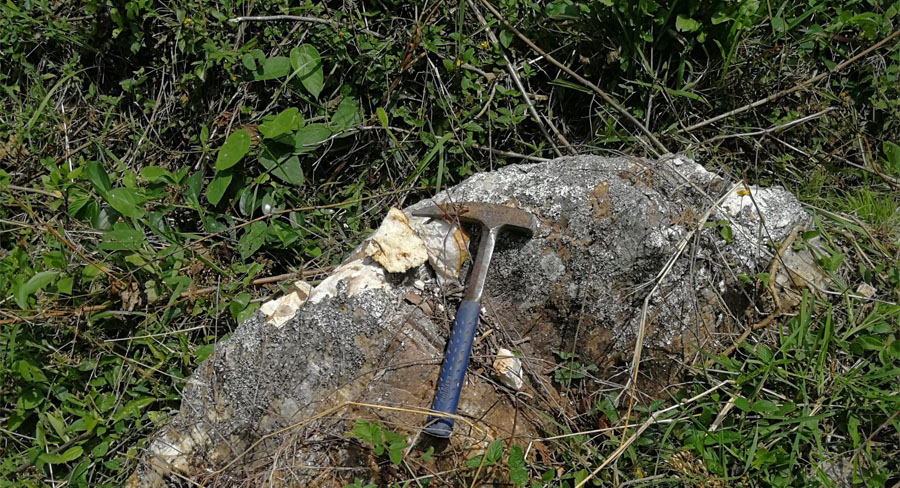 Outcrop Gold Corp. (OCG:TSX.V; MRDDF:OTCPK; MRG1:DB) uses the prospect generator joint venture model, where it farms out exploration targets to partners, who then fund much of the exploration. But sometimes Outcrop breaks its own rules and explores a property itself.

It is doing just that at its Santa Ana project in Colombia. “We decided to drill the project ourselves because it looks like it’s going to be fairly easy to add value at low costs,” President and CEO Joseph Hebert told Streetwise Reports.


The company has been drilling since February and has put in some 34 holes totaling 4,000 meters, and plans to drill the balance of the 12,000 meter program over the next six months.

“Santa Ana is a narrow vein system, but the veins commonly appear in packages. So ultimately there will be a combination of narrow stopes, but also large mechanized stopes, where veins can be mined together,” Hebert explained. 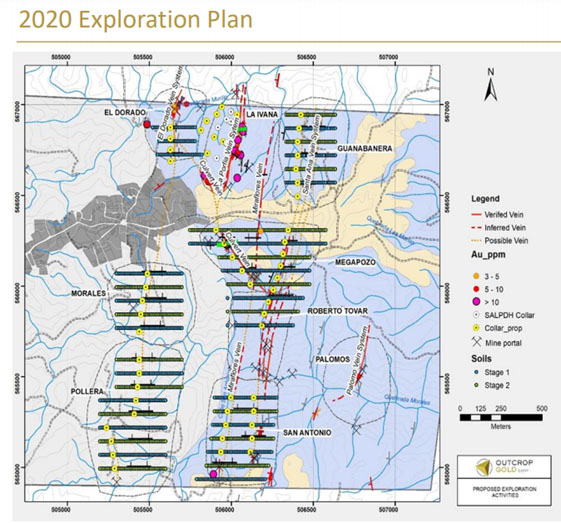 “We were excited to announce on September 14 at the Megapozo target an intercept of 0.95 meters of 69.6 grams per ton (g/t) gold and 5,550 g/t silver, so almost 1 meter at 10,800 g/t silver equivalent. Assays of that magnitude are really exceptional for any silver project, certainly for silver projects in Latin America, especially if you consider that the average grade for the 12 most important silver mines in the world is only 300 g/t,” Hebert noted.

Through the drilling conducted to date, Outcrop has identified three large, high-grade chutes. “They’re on the order of 200 meters long, and over 300 meters down dip. Essentially, all three of them are open. To date, we’ve drilled less than 20% of the known and projected vein zones that we have identified,” Hebert said.

Outcrop brought in a second rig in mid-September. “With the first rig we will continue to define, identify and drill new chutes. With the second rig, we will expand on that and will try to extend the three chutes we have to 300 to 400 meters. It’s extremely low risk right now to go into these robust stopes and make them bigger and they’re all open,” Hebert explained.

“What we would consider a good outcome is through drilling the next 8,000 meters, we pick up at least another six new ore chutes that seem to be fairly consistent,” Hebert said. “At the end of this 12,000-meter program, we hope to have 10 chutes that all have similar dimensions. And these chutes are really high quality: the 200 by 300 meters type that set up at 10 g/t equivalent gold, 800 g/t equivalent silver contour.”

In a kilometer of vein, Hebert explained, there may be two of these chutes at 200 meters a piece that will have the extreme high grade, with low-grade continuity between them.

“We’re going to continue to drill until we either reach a delineation stage, or continue with exploration drilling to add scale to the project,” Hebert stated.

Santa Ana was primarily a silver project in the Spanish colonial era from roughly 1500 to mid-1800. “I believe that more than likely, they were not aware of the amount of gold they were smelting. They were bulk smelting ore and producing an unrefined doré bar for shipment to Spain. With the amount of gold we’re seeing, more than likely it has always been silver with significant gold, and that’s been unrecognized until modern exploration,” Herbert explained.

Outcrop is positioning to have two targets keyed up to drill simultaneously. “We are moving the second rig into Roberto Tovar, where we know there’s mineralization because the exploration will be an extension of the only drilling on the property that preceded us. In 2012, Condor had some good hits; we’re offsetting that mineralization,” Hebert stated.

The company also plans shortly to begin drilling El Dorado after Megapozo. “The exciting thing with that is we see the vein in five trenches over 450 meters of length and we have assays that cut the vein and trenches that have 1.2 meters of 180 g/t gold and 2,200 g/t silver. That target really is put your hand on it at surface, pull back and drill. We expect Roberto Tovar and El Dorado have to have promising results,” Hebert said.

With drilling ongoing, the company expects to begin to release assays more frequently.

Outcrop made a large acquisition late last year on land surrounding the original Santa Ana project. “Originally, we had about two kilometers of seven vein systems; we now have probably three additional vein zones that occur within a width of 12 kilometers, but they extend 30 kilometers. It’s a massive increase of the size of the scale of the project and, of course, the potential of the project and also our flexibility to attack the best targets first,” Hebert said.

“That acquisition actually includes some historical mines that were in operation from about the 1850s to almost 1900. At least one of those has produced 10 million ounces of silver from very shallow depths. That’s an immediate drill target for us because there has been no drilling on that old mine. Basically, it’s an increase of the number of veins, the length of veins, and scale of potential of almost 10 times what we had before the acquisition. And we’re advancing targets on that, too,” Hebert added. 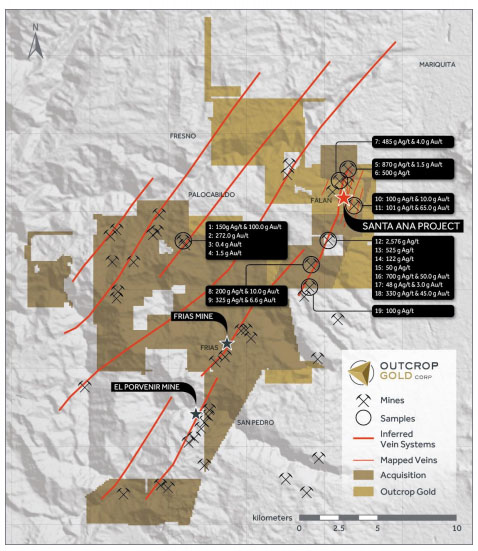 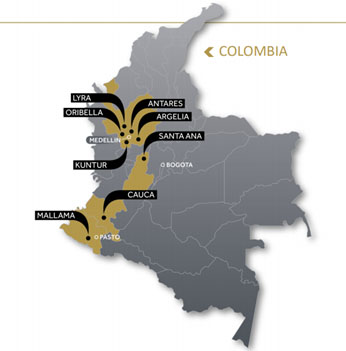 The company has approximately 103 million shares issued and outstanding, and 164.5 million fully diluted. Investor Eric Sprott holds just under 20% of the shares, and around 25% belong to Outcrop management.

Technical analyst Clive Maund charted Outcrop and wrote on CliveMaund.com on September 13, “Outcrop Gold Corp., which is now mostly a silver stock, is considered to be worth bringing to your attention because of the current potent setup that, provided the sector holds up, could drive a substantial upleg from here, which it is in position to start immediately. The trend is up with it being at the lower boundary of its uptrend channel, moving averages are in bullish alignment and the volume pattern looks reasonably bullish with the current light volume a prelude to a larger move.”

CliveMaund.com
Clive Maund does not own shares of Outcrop Gold, and neither he nor his company has a financial relationship with the company.

Financial News Metals
← Silver: Like Gold on Steroids
Countdown to Mediocrity: Why Gold and Silver Can Protect Your Wealth →
Featured Articles: