A sense of confusion and uncertainty lingered across financial markets on Wednesday after US President Donald Trump unleashed a storm of contradicting late-night tweets!

Many on Wall Street were left bemused when Trump called for an end to negotiations on additional stimulus until after the election. Why would the White House make such an unexpected move away from an economic boost, especially when factoring how the US economy remains fragile following a recession earlier this year? But later in the evening, Trump sowed more confusion by agreeing with Powell’s assessment that there would be low risk to “overdoing” stimulus. The real icing on the pudding was the fact that Trump later backtracked from completely scrapping negotiations, urging lawmakers to extend US$25 billion in new payroll assistance to US passenger airlines and a separate program for small business.

Asian shares were mixed this morning despite an overnight decline on Wall Street that saw the S&P 500 close 1.40% lower. The mood is likely to remain cautious with investors adopting a guarded approach as markets evaluate the likelihood over a fourth stimulus package before the November 3 presidential election.

Time for EURUSD to drop?


Over the past few days, it has been the same old story with the EURUSD. Prices have traded within a wide range with support around 1.16770 and resistance just below 1.18250.

Price action suggests that the EURUSD could be waiting for a fresh directional catalyst to break out or down from the current range. Looking at the indicators, prices are trading below the 50 Simple Moving Average while the MACD has crossed to the downside. Sustained weakness below 1.17500 could open the doors towards 1.16770 and 1.16000, respectively. Alternatively, a breakout above the 1.18250 level could trigger a move towards 1.19650. 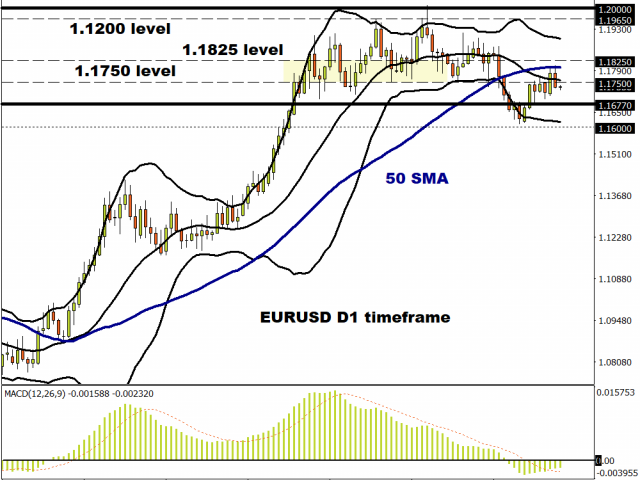 As the clock dangerously ticks closer to Boris Johnsons October 15th Brexit deadline, fears are mounting over the United Kingdom leaving the European Union with no deal by the end of 2020.

These concerns are reflected in the British Pound, which weakened against every single G10 currency yesterday. Looking at the GBPUSD, prices are coming under increasing pressure on the daily charts with 1.3000 proving to be a tough resistance level. A solid close below 1.2900 may encourage a decline towards 1.2750 and 1.2650, respectively.

It is no surprise Oil prices turned volatile on Tuesday evening after U.S President Donald Trump dished out confusing and contradicting tweets revolving around the fourth stimulus package. The commodity is edging higher this morning as some stability returns to markets. When looking at Oil, it is the same oil story as rising coronavirus cases across the globe fan fears around slowing world growth and pace of demand recovery. Fresh signs of the global economy struggling to bounce back in Q4 or delay in a coronavirus vaccine are likely to threaten Oil prices over the next few months.

Looking at the technical picture, WTI remains in a range on the weekly charts. Support can be found around $36.85 while resistance at $43.50. Prices are likely to remain in this change until a new catalyst is brought into the picture. This could come in the form of the EIA report scheduled for release on Wednesday afternoon. 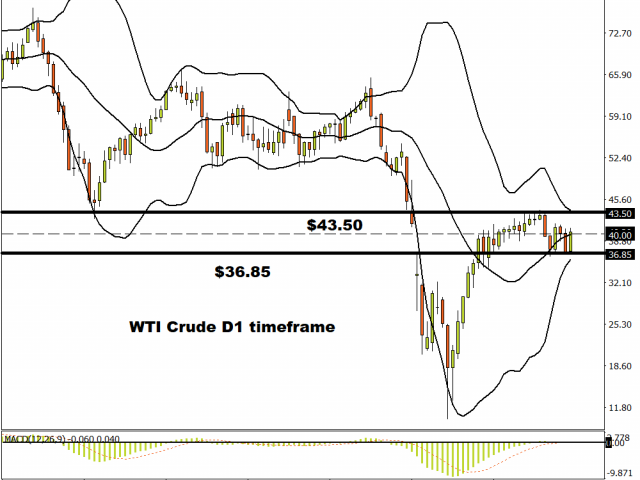