Safe to say, the events so far in 2020 will long be etched into the minds of humanity.

But it’s not over yet, and global investors still face major event risks that could trigger massive moves in the markets in the final stretch of the year.

Of course, chief of all is the upcoming US presidential elections. Although the official voting day will be on November 3rd, investors are bracing for a scenario of a delayed outcome, whereby we could be made to wait several weeks before we know for certain who becomes the President of the United States for the next four years. Such uncertainty could seize up risk appetite, and trigger massive bouts of volatility.


Historically, if the S&P 500 registers an advance between July 31st until the eve of polling day, that signals a win for the incumbent party. Over the past two months, the S&P 500 has registered a gain of 2.8 percent and is trading back above its 50-day simple moving average (SMA), despite the steep September selloff. Is the benchmark stock index can persist with its advances over this month, and should this historical trend prove right once more, this all points to US President Donald Trump winning another term.

At the time of writing, the futures for the S&P 500 point to further gains when US markets open. 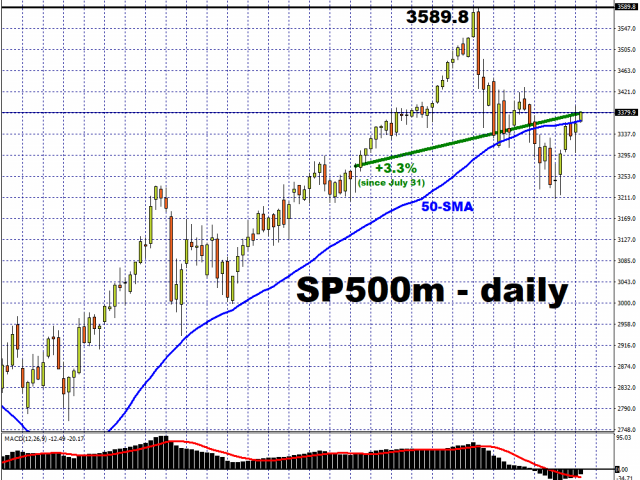 However, polls currently show Democratic Challenger Joe Biden holding a lead over Trump. So it remains to be seen which will ultimately be proven right, the polls or the stock market.

This week, UK and EU negotiators are still at it, trying to hash out their trading relationship in the Brexit era. After eight months of negotiations, both sides remain deadlocked, even as UK Prime Minister Boris Johnson’s self-imposed October 15th deadline looms.

Still, currency markets don’t appear too worried just yet about the risk of a hard Brexit, with the Pound strengthening against the Euro over recent weeks, sending EURGBP lower towards its 50-SMA. The FXTM Trader’s Sentiment is short on this currency pair. 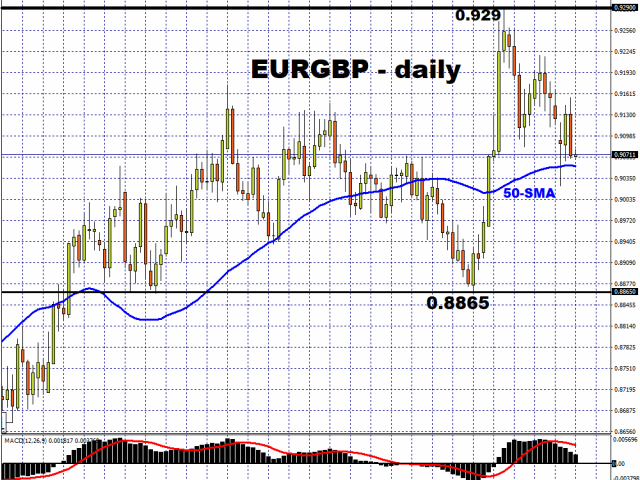 However, looking three months out, the implied volatility on the Pound is the second highest among G10 currencies, while market sentiment remains bearish on Sterling for the period. Should Johnson follow through with his threat of a no-deal Brexit, then the Pound would be set for a tumultuous end to 2020.

No end to the pandemic anytime soon

Of course, developments surrounding the global pandemic will continue to dominate market sentiment, as investors assess both the health response, as well as the world economy’s ability to move into the post-pandemic era. As the number of cases worldwide heads towards 34 million, with total deaths now exceeding one million, the effects of Covid-19 are set to be felt well into 2021, as the world is made to wait patiently for the much-needed vaccine.