As we can see in the H4 chart, after a rebound from 38.2% fibo and a local convergence on MACD, GBPUSD is finishing a correction to the upside at 23.6% fibo. If the price forms a new rising impulse and fixes above the latter level, it may be a signal in favor of a new mid-term rising wave to reach the high at 1.3482. However, the most probable scenario implies further decline to reach 50.0% and 61.8% fibo at 1.2446 and 1.2200 respectively. 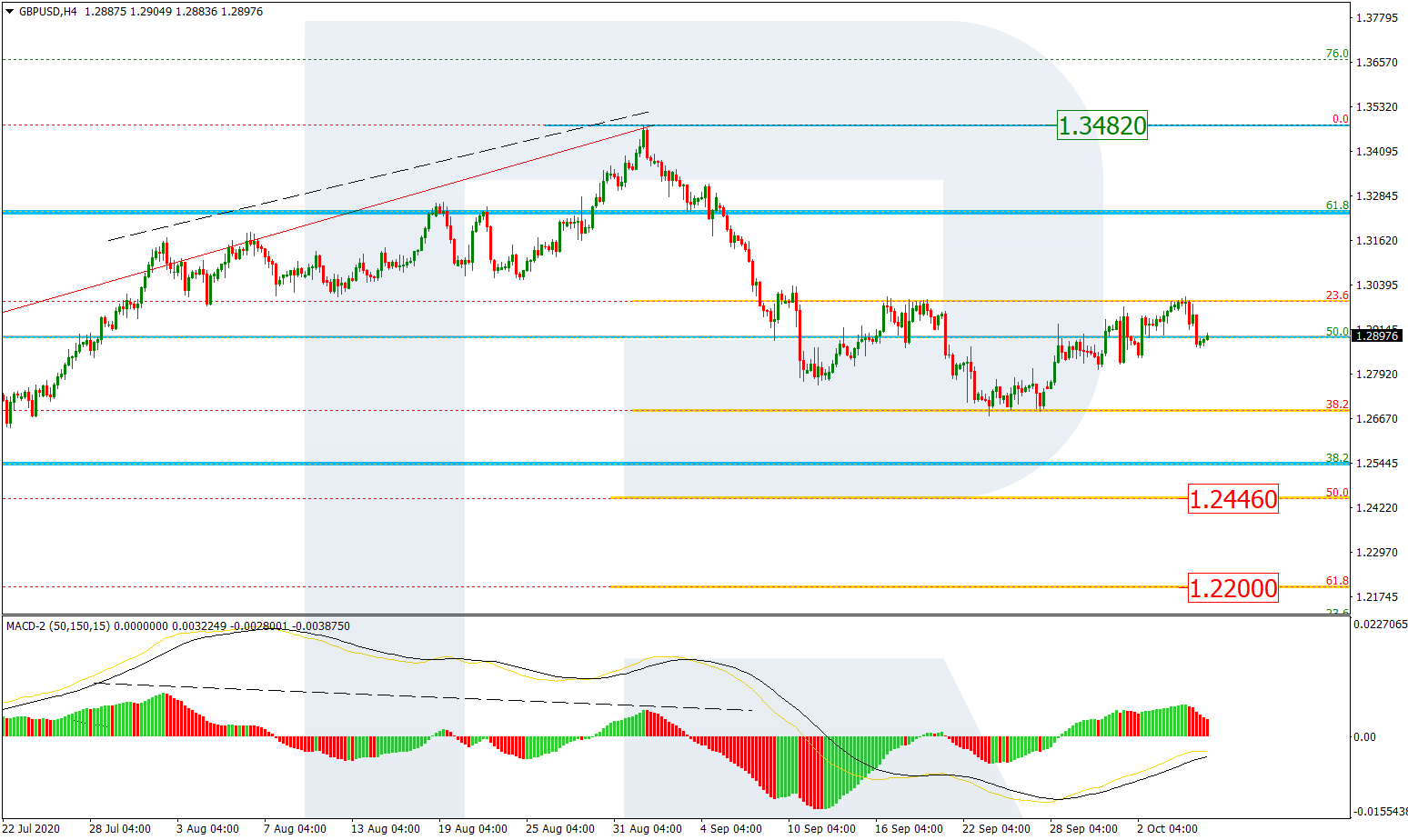 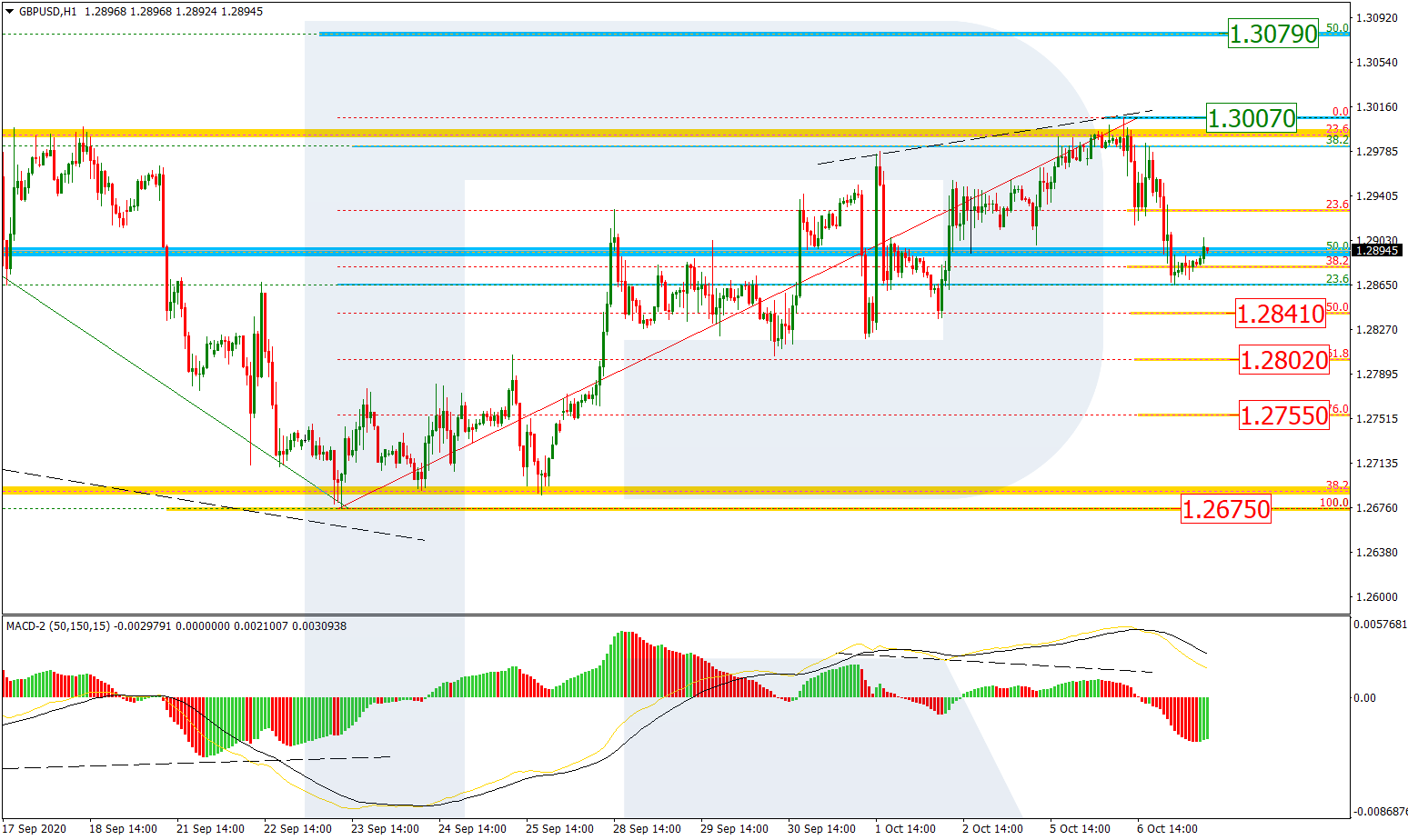 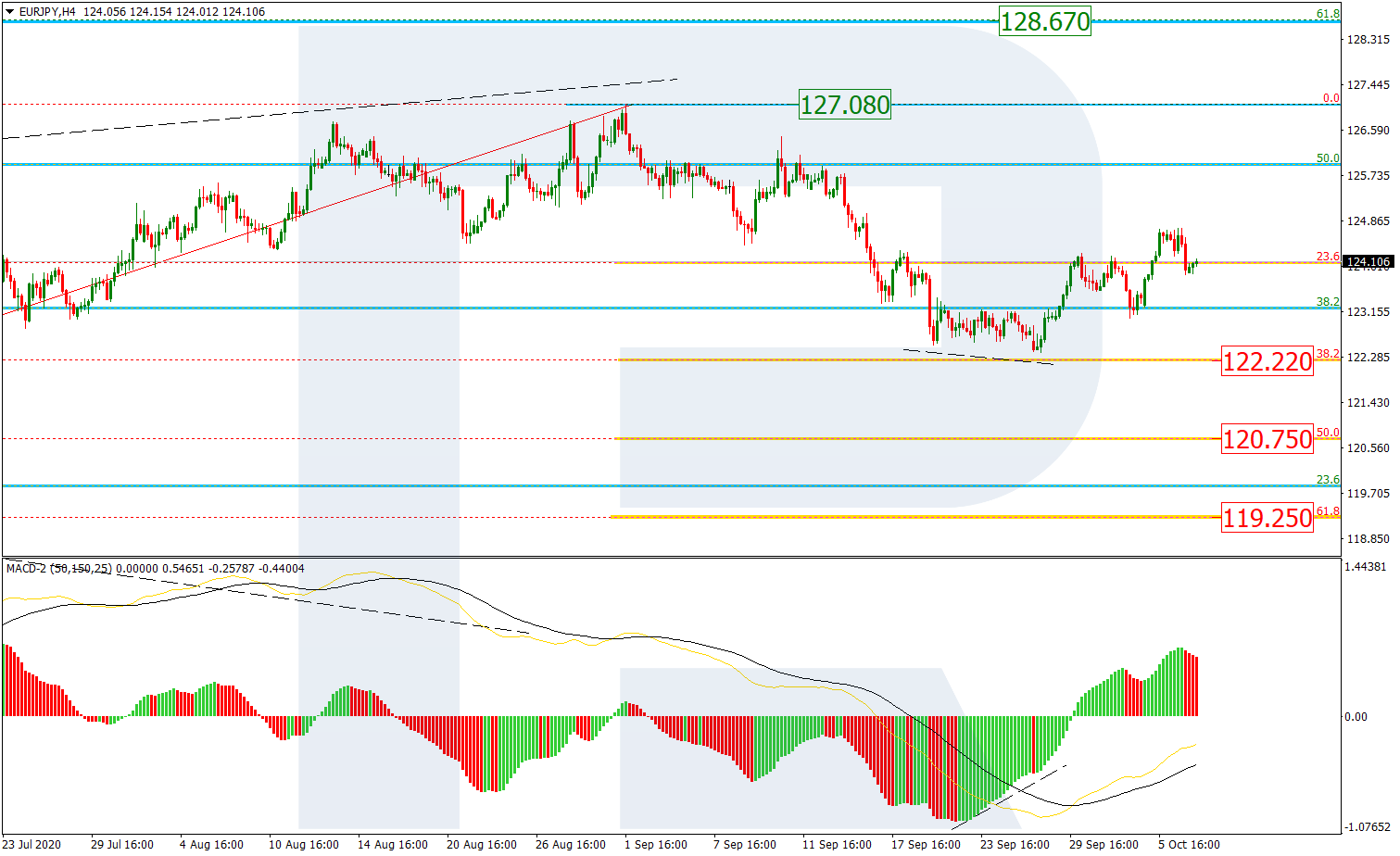 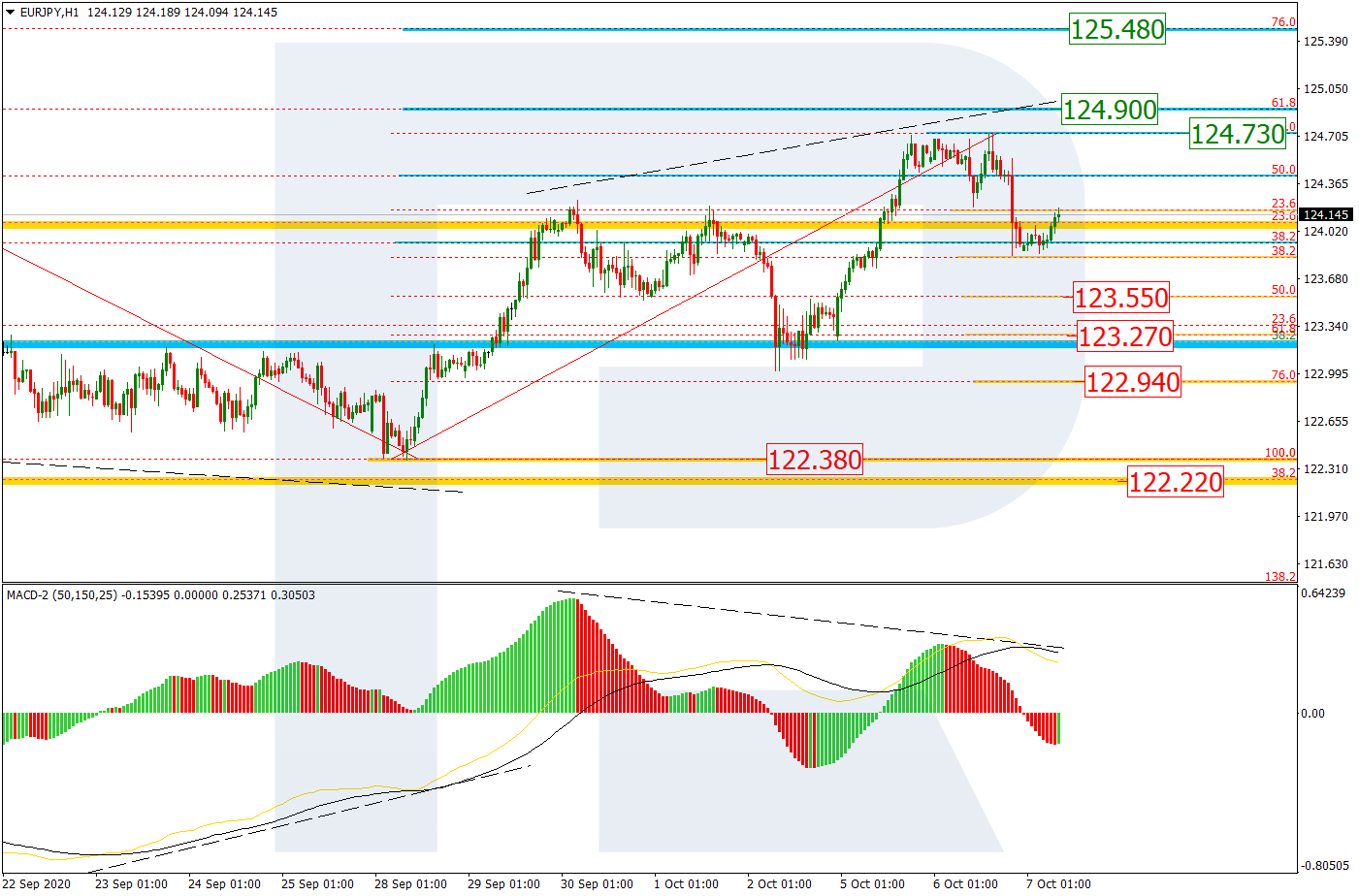