Risk appetite is continuing to look decidedly shaky as European stocks are dropping for a third day in a row and now sliding to five-month lows. 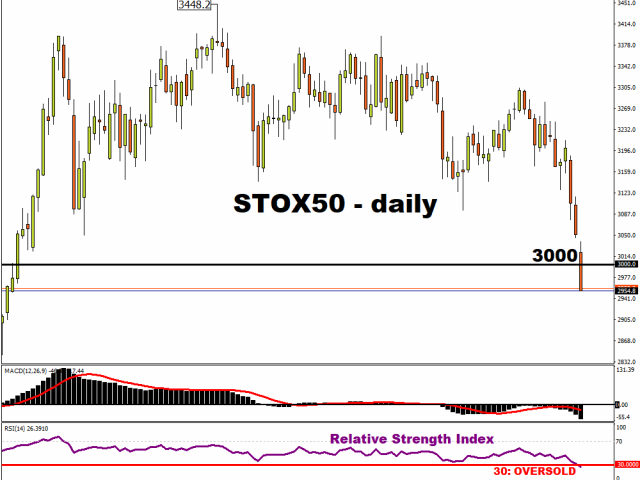 Mounting expectations of new government measures in France and Germany are seeing traders dump stocks and seek the safe havens of the Yen and the Dollar.

With rising infection rates and hospitalisations across the globe, US stock futures are also under pressure with S&P500 futures down around one percent. The upcoming US election was expected to be the key source of tumult over the next few weeks, but the VIX, commonly known as Wall street’s fear gauge, has traded above 36 this morning. This is well above its long-term average of 20 and the index is closing in on recent highs at the start of September.


Market expectations around the most risk-friendly scenario – a Blue Wave Biden victory – are being scaled back slightly and this is being seen in the rise in USD/JPY implied volatility over the election date.

We also have another risk event in the form of tomorrow’s ECB meeting which is expected to send strong dovish signals from President Lagarde and plenty of hints about more policy stimulus at its December meeting. The spectre of further lockdowns looms large over the Governing Council and the Euro is at risk of further weakening. 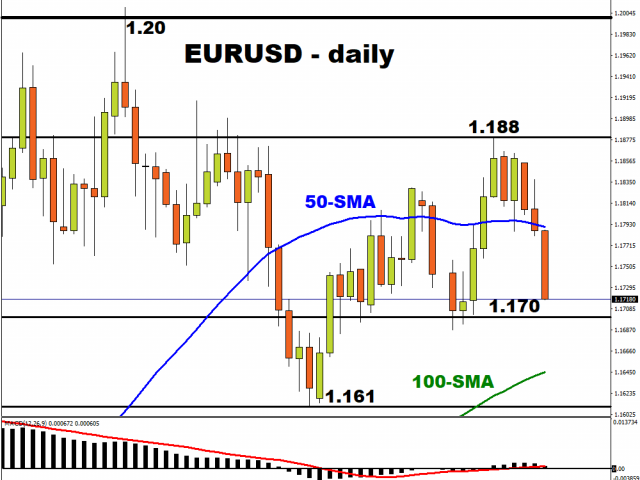 The latest equity sessions have seen a clear outperformance of growth over value with the rotation into tech clearly explaining the huge underperformance of Europe relative to the US. This tallies with the previous episode of a spike in Covid cases, which prompted buying in the megacap tech names.

Facebook, Apple, Amazon and Google all report shortly after the US cash market close Thursday in what could be a key catalyst for near-term direction for stock markets. These four names alone equate to around a third of the Nasdaq weighting and 15 percent on the S&P500. Notably, the average move on the day of earnings between these four tech titans is close to five percent, so expect some volatility!

Technically, the Nasdaq is trading around its 50-day Moving Average but losing support form Monday’s low may see the index drop further towards 11,000. Some Street estimates, for example for Amazon, see 70%+ rises in EPS so check your positioning into this major market ‘Super Thursday’. 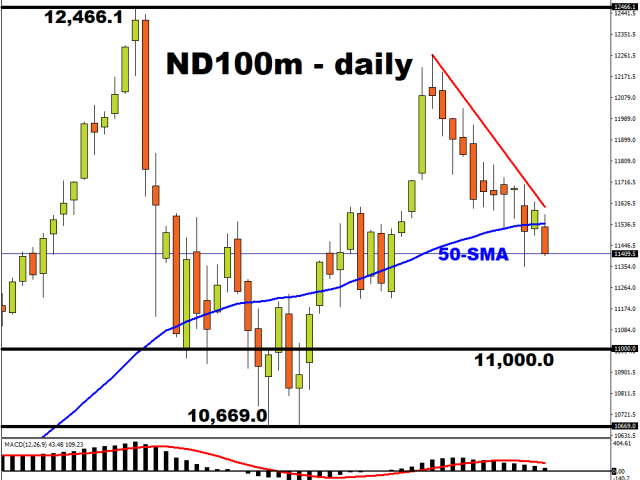 Economics & Fundamentals Financial News
← Virus is out of control, so are the markets
What Determines Success for This Junior? ‘It’s at the End of the Drill Bit’ →
Featured Articles: