McAlinden Research Partners explores pandemic-induced impacts on the oil and gas industries, including the closures of refineries and a pivot toward renewable fuels. 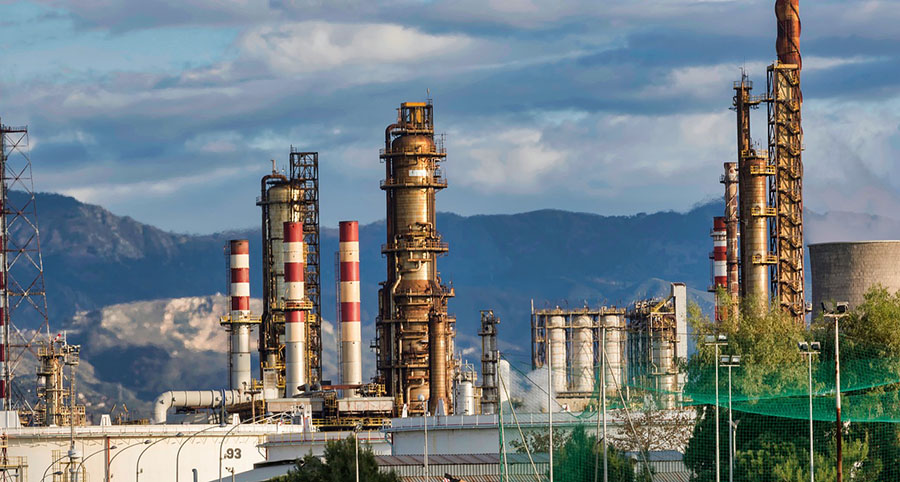 Summary: The plunge in gasoline and jet fuel demand in the wake of Covid-19 lockdowns has set refiners on probably their worst year in a decade. That’s proven to be the catalyst for a wave of refinery closures and a pivot to renewable fuels. Meanwhile, road transport fuel is on the mend, with U.S. gasoline consumption nearing pre-Covid-19 levels and diesel consumption on track to possible break records this year.


U.S. refiners entered the year configured to meet a booming market. Instead, they have had to contend with an unprecedented pandemic-driven collapse in demand for their products. This year’s average global refinery utilization rates are expected to be the lowest in 37 years, according to the International Energy Agency.

To receive all of MRP’s insights in your inbox MondayñFriday, follow this link for a free 30-day trial. This content was delivered to McAlinden Research Partners clients on August 20.

As expected, brutal market conditions have torpedoed their earnings in 2020, forcing refiners to re-evaluate their businesses and make some changes. Some are choosing to permanently shut down facilities that have been idled since lockdowns were imposed. Others are seizing this opportunity to pivot into the production of renewable fuels.

Oil refiners are permanently closing processing plants in Asia and North America. Around 4 million barrels per day (b/d) of shutdowns will be necessary over the next few years to underpin a meaningful refinery margin recovery, according to an analyst at JBC Energy.

Meanwhile, Royal Dutch Shell is shutting down one of the only two oil refineries operating in the Philippines. Plants in Japan, Australia and New Zealand are said to be likely candidates for closures as well. There have been no permanent plant closures in Europe, however energy consultancy Wood Mackenzie estimates that 9% of refining capacity in Europeóabout 1.4 million b/dóis at risk of shutdowns by 2022ñ2023.

Gasoline consumption, production and inventories in the United States are closing in on pre-Covid-19 levels, helped along by the easing of lockdowns, a shift from public to private transportation for commuting and higher usage of cars to substitute for air travel in domestic tourism. Indeed, July 2020’s gasoline consumption levels in the U.S. were just 9% lower than in July 2019, and also 9% shy of the month’s five-year (2015ñ19) average, according to the EIA’s latest Short-Term Energy Outlook report, published on Aug. 11.

This is a welcome development for refiners, as the U.S. is by far the largest consumer of gasoline in the world, with 8.7 million b/d consumed in July versus 1.9 million b/d in China, the second-largest gasoline consumer. With U.S. consumption, production and inventory levels moving closer to their five-year averages, gasoline prices have stabilized.

Diesel is also on the mend, driven by a construction boom in China and an accelerated global shift towards ecommerce.

The Economic Times reports that China’s diesel consumption is likely to hit a record this year, thanks to a construction spree that has pushed up demand for diesel that powers trucks, excavators and cranes. A surge in online shopping has kept diesel-powered trucks on the roads, busily transporting food, other necessities and consumer packages. Data from China’s statistics bureau showed that express deliveries in June alone hit a record 7.47 billion, or nearly 3,000 deliveries every second. In the United States, highway miles for trucks are up this year over 2019.

The biggest area of concern for refiners is the aviation market. While U.S. gasoline demand has rebounded to within 9% of year-ago levels, and diesel looks set to break records, jet fuel consumption remains at little more than half of last year’s level. As the Northern Hemisphere’s summer holiday season draws to its close, time is running out for the seasonal vacation boost to flying. People conducting more meetings via videoconference will also dampen the business travel surge that typically follows in the fall season.

Some analysts, including those at Goldman Sachs, don’t see jet fuel demand returning to pre-Covid-19 levels before 2023. Accordingly, refiners have adjusted operations by prioritizing gasoline and diesel production at the expense of jet fuel.

It is worth noting that lingering uncertainty about Covid-19 means things can change from one month to the next. India’s consumption of diesel dropped 20% in the first two weeks of August compared to the same period the previous month. Refiners in the country are now operating at just about 70ñ75% of their capacity in August, down from 90% capacity utilization in July.

Given the continued uncertainties ahead and secular trends in the petroleum industry, some oil refiners are seizing this opportunity to accelerate their shift toward renewables.

Renewable diesel, which happens to be interchangeable with conventional diesel, is a biofuel. But, unlike other types of biofuels, such as biodiesel and ethanol, renewable diesel does not have to be blended with conventional refined products, so it does not contain any petroleum components. The market is smallórenewable diesel makes up just 1% of U.S. diesel consumptionóbut it is poised to grow over the next decade buoyed by stricter fuel regulations.

In the best-case scenario, refiners that are recalibrating their product mix to include renewable fuels get to participate in a growing market. At the very least, producing their own biofuel reduces the number of carbon credits these refiners have to buy. There’s a positive near- to medium-term impact as well. Reducing refinery capacity for gasoline, diesel and jet fuel allows existing inventories of those products to draw down continuously so that markets can rebalance faster.

How to Gain Exposure to Refiners

MRP added Long Oil and US Energy to our list of themes on April 7. Around that time, we also published a stand-alone report on refiners, in which we made the case that oil refiners would lag during the energy market rebound. And so they have. The oil ETF (USO) and the gasoline ETF (UGA) have returned 61% and 65%, respectively since May 1. In comparison, CRAK has returned 8%, while the SPY has returned 17%.

Now, refiners appear to be taking the right steps to handle the challenging market conditions. U.S. refinery utilizations rose to 80% of total capacity nationally in the week to Aug. 7, per the Energy Information Administration’s weekly report, although that’s still down from the high 90s experienced in the same period last year.

Refiners typically make less money when they operate well below capacity because the cost of running their facilities doesn’t decline by much. By removing some of that excess capacity permanently, as they are currently doing, refiners can improve their bottom line over the next few quarters as the global economy gets back on a strong growth track.

McAlinden Research Partners (MRP) provides independent investment strategy research to investors worldwide. The firm’s mission is to identify alpha-generating investment themes early in their unfolding and bring them to its clients’ attention. MRP’s research process reflects founder Joe McAlinden’s 50 years of experience on Wall Street. The methodologies he developed as chief investment officer of Morgan Stanley Investment Management, where he oversaw more than $400 billion in assets, provide the foundation for the strategy research MRP now brings to hedge funds, pension funds, sovereign wealth funds and other asset managers around the globe.

McAlinden Research Partners:
This report has been prepared solely for informational purposes and is not an offer to buy/sell/endorse or a solicitation of an offer to buy/sell/endorse Interests or any other security or instrument or to participate in any trading or investment strategy. No representation or warranty (express or implied) is made or can be given with respect to the sequence, accuracy, completeness, or timeliness of the information in this Report. Unless otherwise noted, all information is sourced from public data.

McAlinden Research Partners is a division of Catalpa Capital Advisors, LLC (CCA), a Registered Investment Advisor. References to specific securities, asset classes and financial markets discussed herein are for illustrative purposes only and should not be interpreted as recommendations to purchase or sell such securities. CCA, MRP, employees and direct affiliates of the firm may or may not own any of the securities mentioned in the report at the time of publication.