A not-so-happy birthday for OPEC

On 14th September 1960, OPEC was born in Baghdad, aiming to “co-ordinate and unify petroleum policies among Member Countries”. 60 years later, the alliance is being strained by a global pandemic.

OPEC’s birthday week holds key events that could influence the near-term performance of Oil prices. Later today, OPEC is set to release its Monthly Oil Market Report, complete with its outlook on global demand and output. Then on Thursday, the OPEC+ Joint Ministerial Monitoring Committee is scheduled to meet and discuss the efficacy of its supply cuts, while assessing the level of compliance among members.

Recall that back in April, OPEC+ agreed to an unprecedented supply cuts deal, shaving off 9.7 million barrels per day (bdp) from its collective output, only to then ease off by about two million bpd starting last month in hopes that global demand will stage a sustained recovery.

However, things haven’t quite panned out as they hoped. 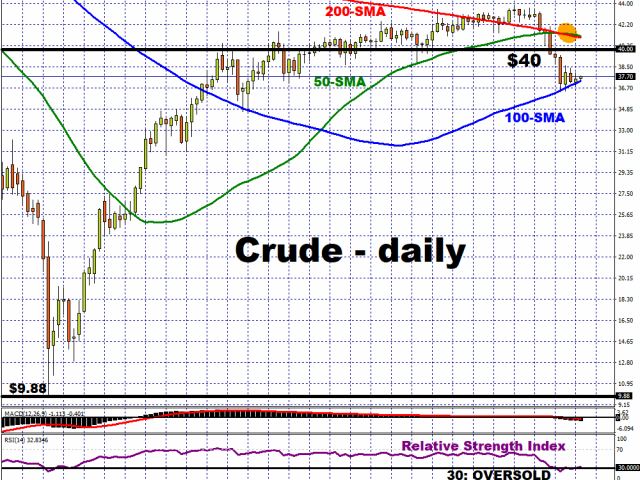 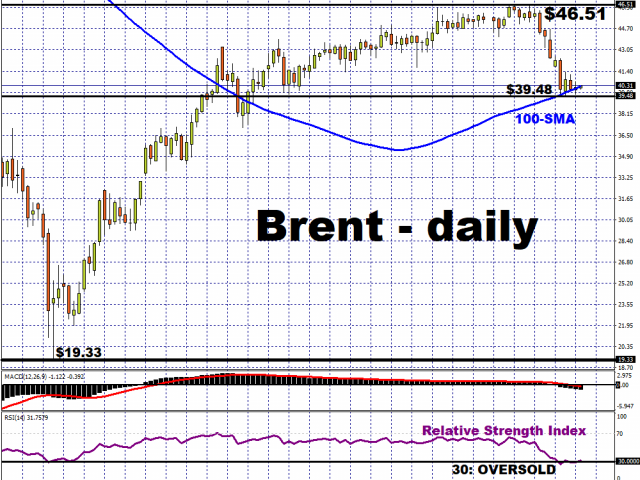 Both Crude and Brent are coming off back-to-back weekly drops for the first time since April. On a month-to-date basis, Brent and WTI futures have fallen by over 12 percent respectively, leaving both to be ‘scooped up’ by their 100-day simple moving averages. Both these instruments are also trying to claw themselves out of the ‘oversold’ domain, judging by their respective 14-day relative strength indices having dipped into sub-30 levels recently. At the time of writing, Brent and WTI futures are about 35 percent lower so far in 2020.

The slide in Oil prices comes amid signs that the global demand recovery appears to have stalled. Diesel stockpiles in Singapore are at their highest since 2011, while Saudi Arabia, Iraq, and other Gulf producers have slashed the pricing on their respective crude grades to the US and Asia. Oil supermajor, BP, recently cited the risk that global demand may never recover to pre-pandemic levels, while traders are buying up tankers in case they need to hold crude supplies for months. According to CFTC data, short-selling on Oil has risen to its highest levels since the historic crash in April this year, when WTI futures were sent into negative territory.

This week, investors will be monitoring how much sway the alliance could still have over global markets, even as these major Oil-producing nations aim to shore up prices. While its 60th birthday celebrations had to be put on hold due to Covid-19 restrictions, OPEC may not be able to hold off further intervention for much longer if Oil prices keep unwinding more of its recovery from the past five months.

What’s the gold standard, and why does the US benefit from a dollar that isn’t tied to the value of a glittery hunk of metal? Nov 20, 2020 - By Michael Klein, Tufts University  - The phrase “the gold standard” means, in common parlance, the best available benchmark – as in double-blind randomized trials are the gold standard for determining the efficacy of a vaccine. Its meaning likely comes…