‘Buy everything!’ could be a new mantra for investors at the moment as all time highs are seen in everything from gold to the Tech Titans to bonds, which are pushing yields through record lows. More stimulus is highly likely, with Treasury Secretary Mnuchin saying he hoped to see an agreement by the end of the week for the next ‘Phase IV’ economic aid package. US Stocks have opened in the green as European stocks climb to one-week highs.

However, the USD is trading lower reflecting a resumption of the broader sell-off seen over the past few weeks. Sentiment towards the greenback has not been helped by a big miss in the ADP employment report which showed a meagre gain of 167k jobs, well below Wall Street estimates of a 1.2 million rise. Although June’s payroll count was revised sharply higher to 4.3 million from the initial print of 2.4 million, the jobs market is still well short of the 19.7 million jobs lost in March and April, even taking into account May’s 3.3 million increase.

Of course, jobs numbers have been especially volatile during the pandemic with issues around data collection and classification. The ADP number has also never been a great guide to Friday’s Non-Farm payrolls with those initial ADP estimates for May and June particularly low.

EUR on the march again


All major currencies are rising against ‘king’ Dollar and the Euro is no exception, rising a very handsome 0.73% today. Final PMI figures out this morning came in a touch lower in Germany and France, but this has had little impact on the single currency’s ascent today.

The healthy consolidation around 1.18 has given bulls time to pause for breath and another test of 1.19 is near. The July high is just above at 1.1909, before the market starts looking at round numbers like 1.20. The mid 1.17s should offer strong support if prices falter. 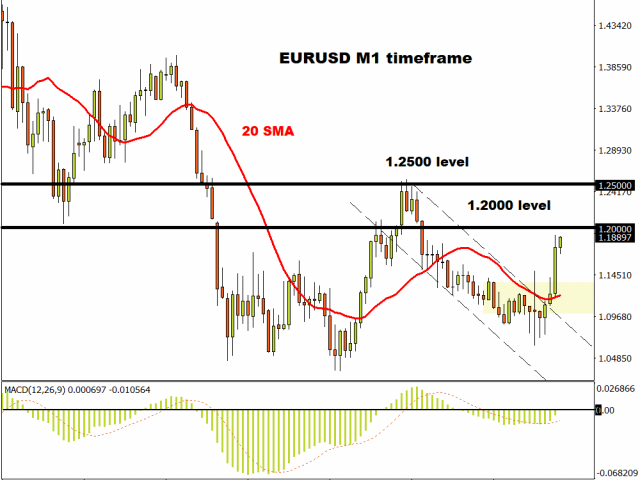 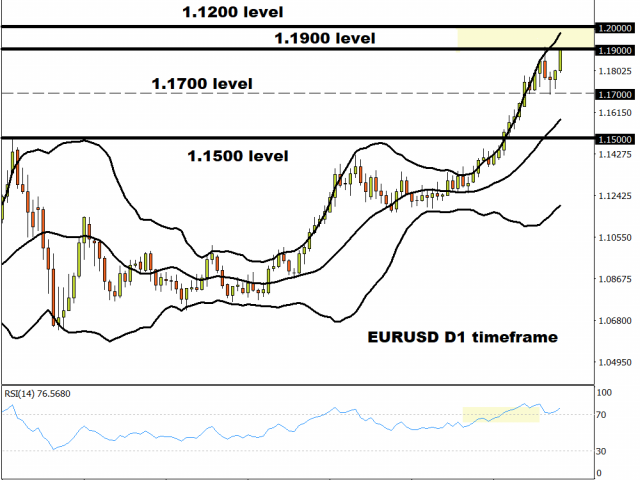 The Old Lady’s in focus

Tomorrow’s early morning Bank of England announcement at 7am UK time is not set to be market moving with no changes to any policy levers expected. However, negative rate chatter and any hints on the prospects of more asset purchases will be keenly watched, especially if Governor Bailey looks beyond the bounce in economic data we have seen recently. New projections are due to be released, most likely in the form of scenarios.

Cable’s chart has followed the Euro’s recently and looks good for more upside having broken 1.31. Friday’s high at 1.3170 is now the target, though Sterling is in heavily overbought territory. 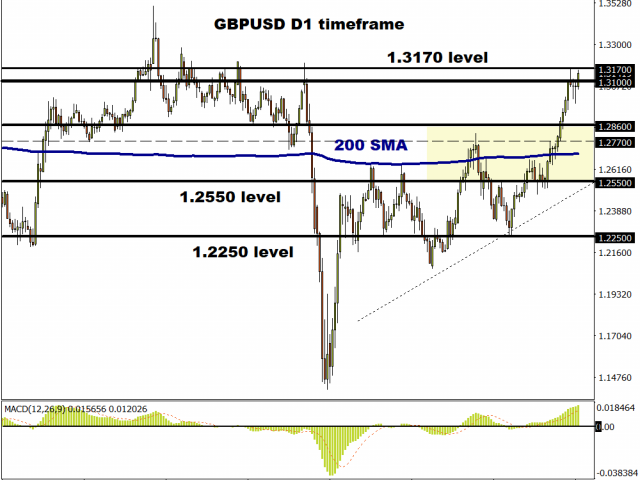