Sentiment is ever present today as the impasse in Washington is reverberating through all markets at present. The USD is trading in mixed fashion but the upper end of its recent range above 94.00 has proved too hot to handle so far today. However, stocks are steady with the US indices looking relatively well-supported.

The move north in bond yields is significant with the US 10-year Treasury yield rising to 0.65%, the highest level since early July. This has been driven by a push higher by both real interest rates as well as breakeven inflation expectations, which is taking its toll on FX markets with USD/JPY trading now firmly above the 106 level.

While global bonds are mostly weaker, the clear exception is NZ government debt after the RBNZ increased its QE programme through more purchases and for longer. The clear signal from the discussions was that the bank favours implementing negative rates combined with QE, if further easing is required.


‘It was difficult to imagine a more dovish outcome than we have seen’. So said one prominent investment bank in reference to today’s central bank meeting. Interest rates are certainly expected to go lower and with them, the NZD should be under significant pressure over the coming weeks.

AUD/NZD has already broken through to multi-month highs, touching levels not seen since October 2018. A steady channel of higher lows and higher highs may target 1.10 near-term where the long-term 200-month Moving Average comes into view. 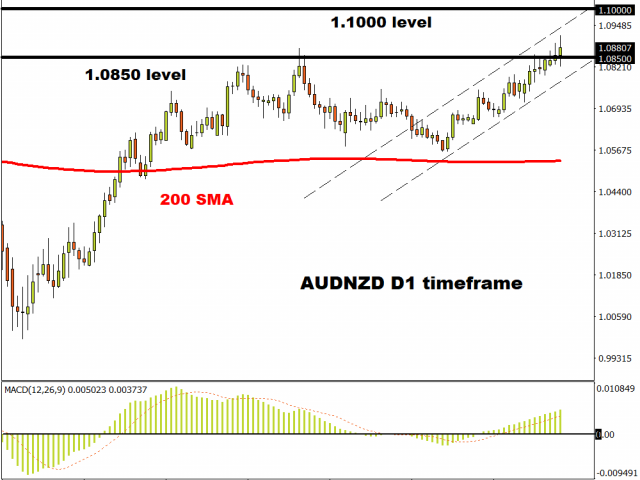 Loonie on the up

The CAD is the strongest major so far on the month and has found more support versus its G10 peers this week. Better demand on the crosses has seen USDCAD steady below recent highs and roll over again with the trendline from the March highs working its magic again.

The clear dollar-negative underlying bias is reflected in various oscillators across different timeframes. This should leave ‘King Dollar’ prone to further weakness and a test of key support at 1.3235. Only a move above 1.34 changes this picture. 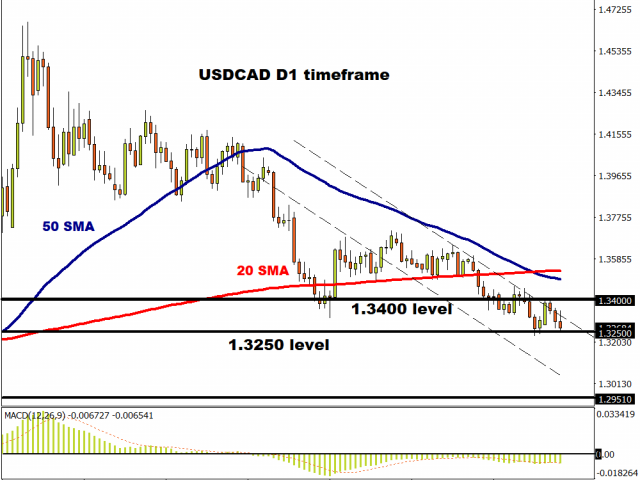