Oil prices are holding steady around levels not seen since March, after Saudi Aramco expressed a slightly rosier outlook on global markets. Having witnessed a 73 percent year-on-year drop in its Q2 earnings, Saudi Arabia’s government-owned oil giant now believes that demand for crude oil is returning to pre-pandemic levels in Asian economies, which make up the company’s largest regional market. 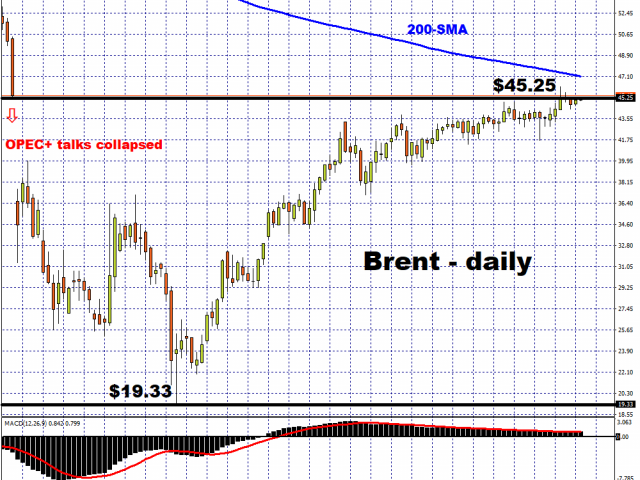 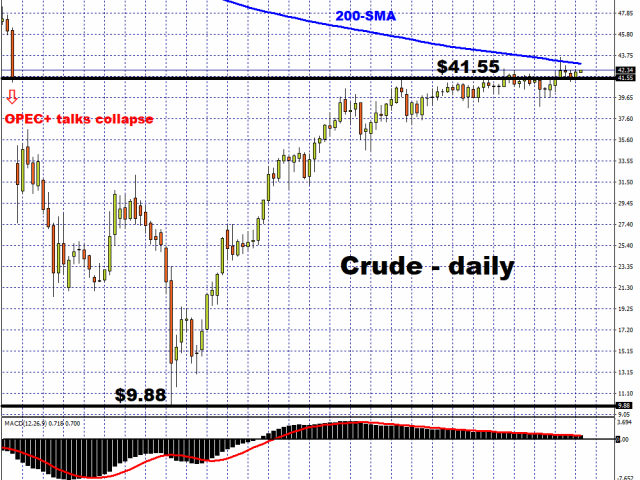 
Looking at Oil prices from a technical perspective, the stunning surge since April is clearly waning. As the Oil benchmarks approach their respective 200-day simple moving averages, it remains to be seen whether crude can break above this resistance level.

The onus appears to be on fundamental factors to drive oil prices higher, allowing WTI futures to add to its 4.7 percent month-to-date gain, with Brent futures having added 3.7 percent thus far in August.

There has to be clearer signs that the world’s consumption of Oil can move closer to pre-pandemic levels by way of a recovery in global economic activity. In other words, more factories have to resume operations, more motorists have to resume their regular routes, and more planes have to return to the skies. According to data by FlightRadar24, commercial flights worldwide climbed by nearly six percent last week, but the average number of flights remains some 33 percent lower than the pre-pandemic average.

On the supply side of the equation, the likes of Russia and Saudi Arabia are beginning to ease off their production cuts this month, as the OPEC+ alliance plans to bring back nearly two million barrels a day back into global markets. Should OPEC+ members continue to struggle with adhering to their respective output quotas, such factors could temper any attempts to send Oil prices higher.

In the event that markets are tipped back into oversupplied conditions, that could see Oil prices unwind recent gains, especially if hopes over the global economic recovery gives way to the realization that this slog into the post-pandemic era is set to be dragged out for longer.