As we can see in the H4 chart, USDCAD is still testing the resistance level. By now, the price has formed several reversal patterns, including Long-Legged Doji. However, considering the current downtrend, one may assume that the asset may reverse and resume falling. In this case, the downside target is at 1.3510. Still, an opposite scenario suggests that the instrument may continue growing to reach 1.3773. 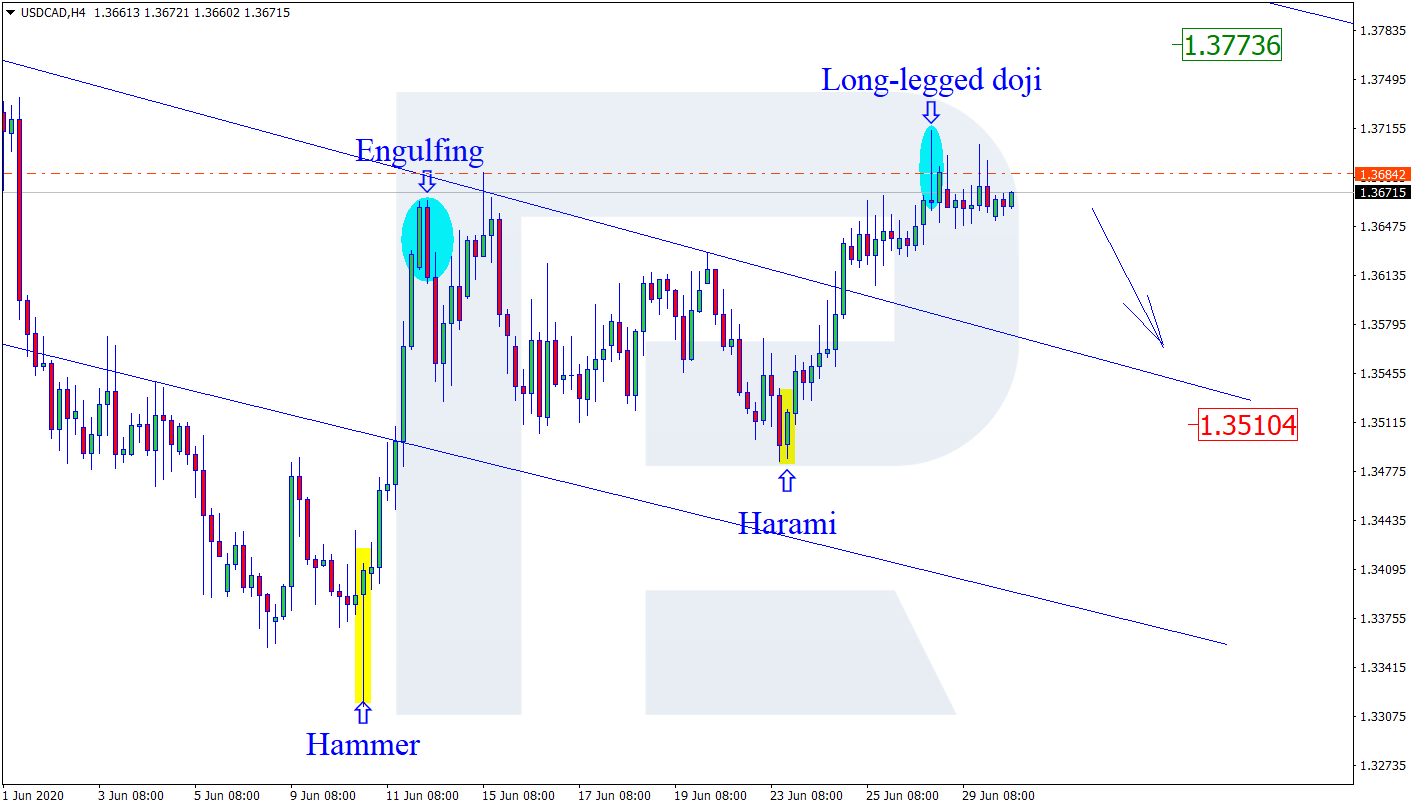 
As we can see in the H4 chart, AUDUSD is still correcting within the uptrend. By now, it has formed several; reversal patterns, including Hammer, not far from channel’s downside border. The target of the reversal pattern is the closest resistance level. Later, the price may resume a rising tendency. In this case, the mid-term upside target remains at 0.7070. At the same time, one shouldn’t exclude another scenario, which implies that the instrument may continue falling towards 0.6790. 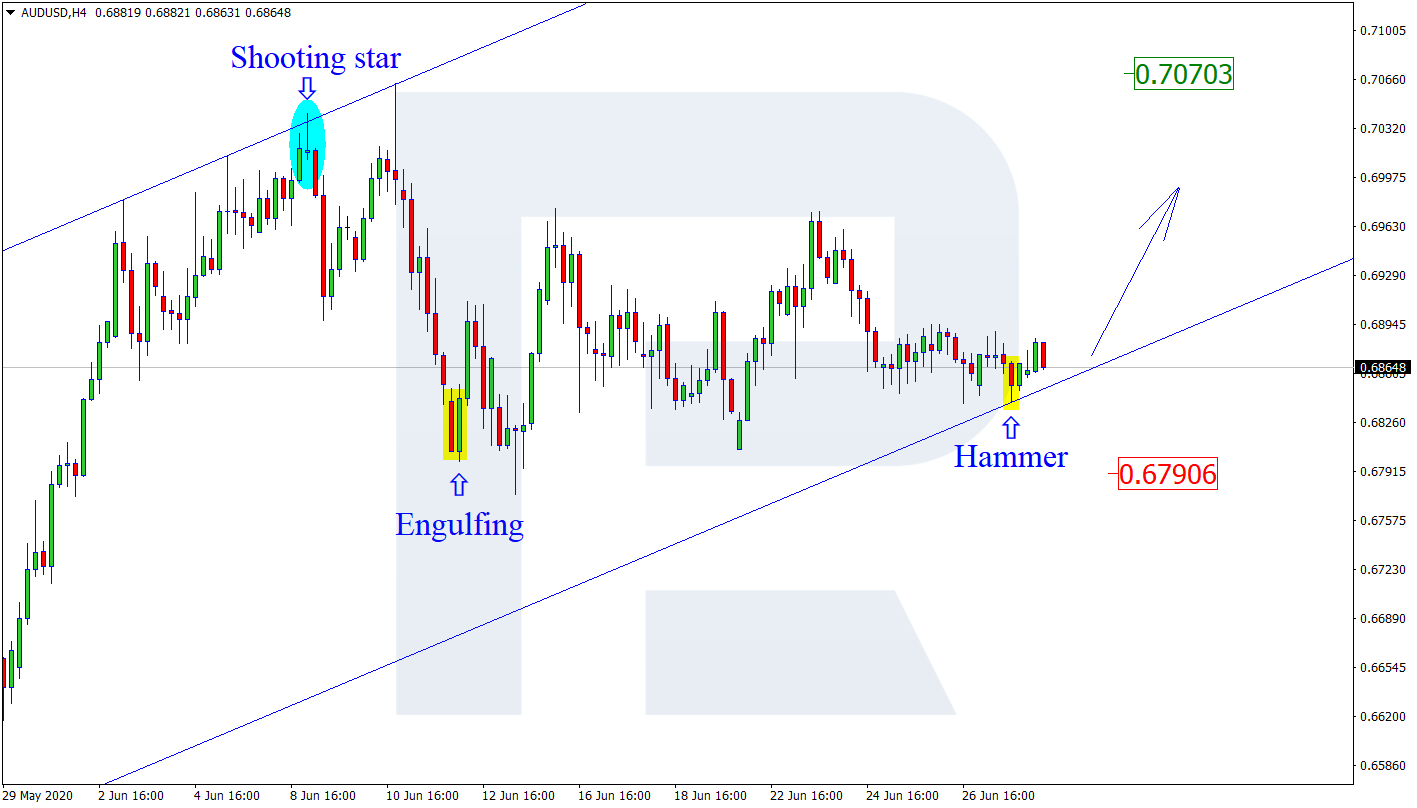 As we can see in the H4 chart, after forming a Hammer pattern and reversing, USDCHF has rebounded from the support level. At the moment, the pair continues forming the rising impulse. In this case, the upside target is at 0.9578. Later, the market may rebound from the resistance level and resume trading downwards. In this case, the downside target may be the support level at 0.9380. 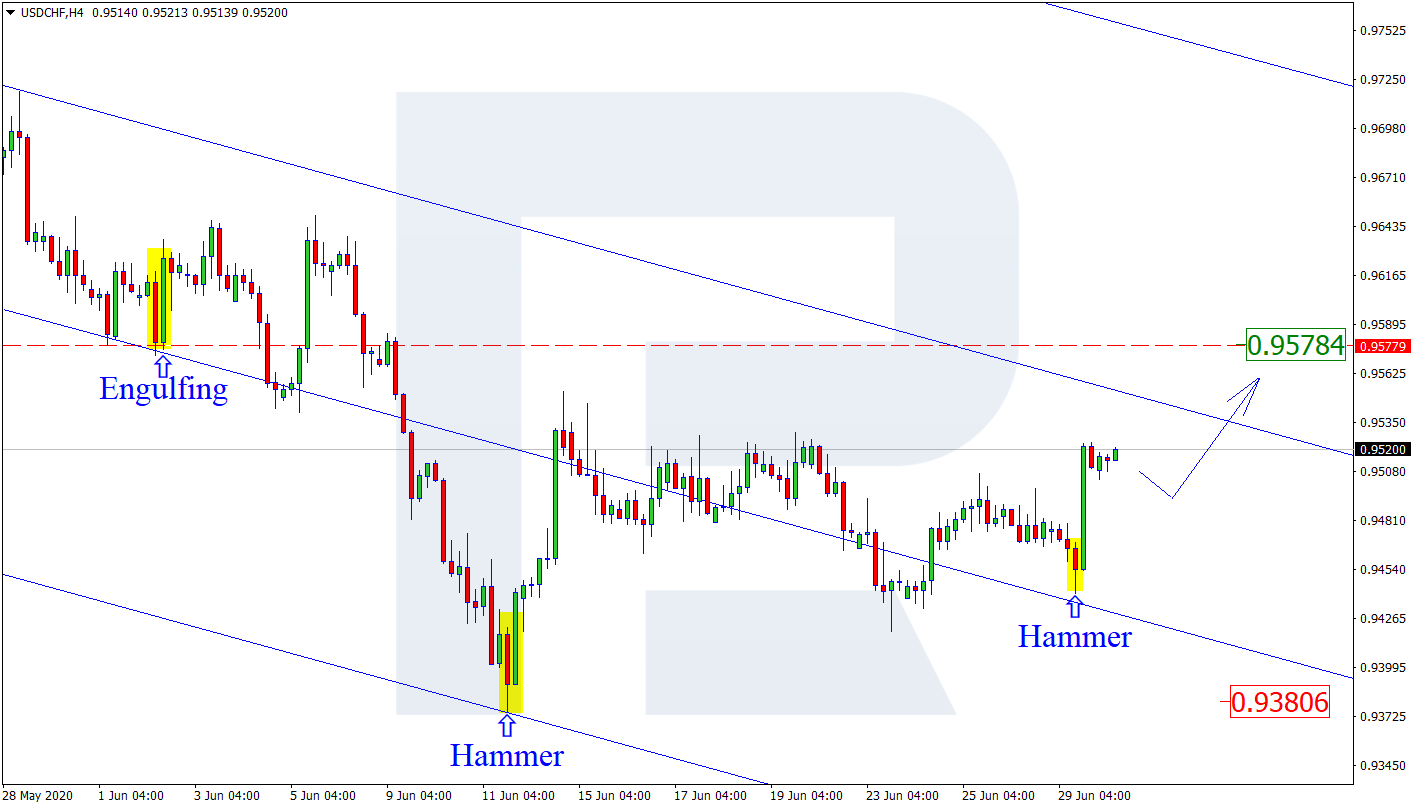