OPEC+ will begin lowering its production levels starting today, which is enabling Crude Oil to climb back above the $20/bbl psychological level and trade around its highest levels since April 21, while Brent is  edging closer towards $30/bbl. Although the announced 10 million barrels per day (bpd) reduction is far higher than the actual net reduction from Q1 output levels (estimated 4 million bpd), Oil markets are also drawing hope that more of the global economy can reopen and raise demand for the commodity. 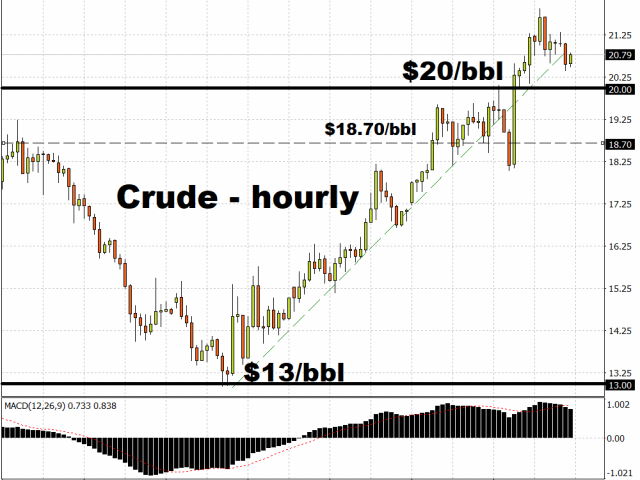 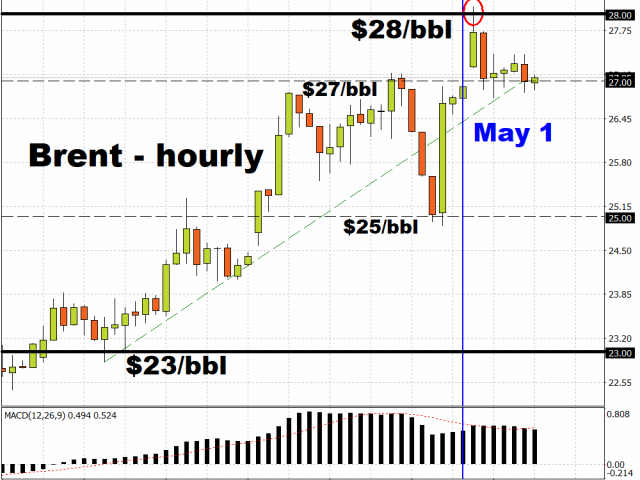 China’s reopening has already gained traction, while some US states begun the process a few days ago. The likes of Germany and France are set to follow suit in the coming weeks. The easing of lockdown measures in these major economies have lent themselves to nascent signs that the demand destruction has bottomed out, with last week’s 549k bpd jump in US gasoline demand also adding to Crude’s tailwinds.


However these are still early days. With storage space still tremendously scarce, especially in the US, that could put a cap on Crude Oil’s upside until the supply-demand equation can show meaningful signs of reaching a sustainable equilibrium in the current global economic climate.

The risk of a second wave of coronavirus cases worldwide also remains on the table. Should such an event trigger another round of lockdowns across major economies, that could see Oil prices capitulate once more.

The Dollar index (DXY) has found support at the 99 handle, and is expected to continue trading within the 98.5 – 101 range for the time being, as the Federal Reserve works in tandem with central banks around the world ensure Dollar-funding operations remain stable.

The risk off tone in the global markets on Friday is also helping to shore up demand for the Greenback. The US Dollar is now stronger against most G10, barring safe havens such as the Japanese Yen and the Swiss Franc. Although most Asian and European markets are closed due to Labour Day, Australian and Japanese stocks are currently in the red, while US futures also point to declines when equity markets kick off the first trading day of the month. 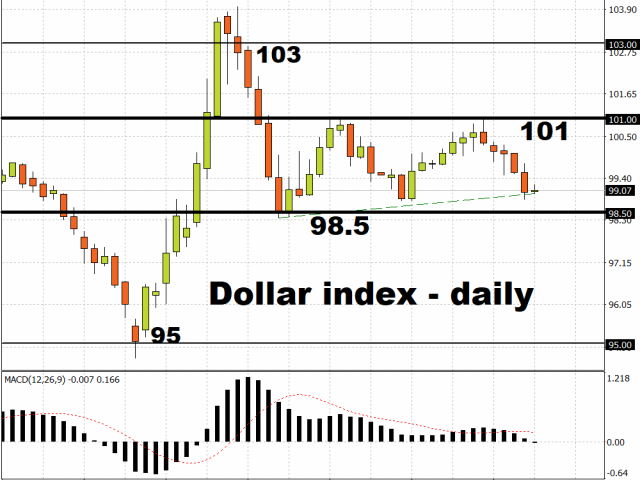 Investors will be monitoring the Markit and ISM manufacturing data for April due later today, as they refine their Q2 outlooks for the US economy, with the GDP print for this quarter set to post a double-digit contraction. Although Fed chair Jerome Powell this week affirmed that the US central bank will remain accomodative in supporting the US economy, it remains to be seen how much the emergency measures can offset the economic carnage left in the wake of Covid-19. After all, over 30 million Americans have already filed for jobless claims over the past six weeks, and the ramifications from the lost consumption prowess will be felt in the world’s largest economy for some time yet.

As long as the US economic deterioration does not outpace the rest of the world, that should keep demand for Greenback fairly resolute.