EURUSD, “Euro vs. US Dollar”

As we can see in the H4 chart, the pair continues the correction within the descending tendency; by now, EURUSD has formed several reversal candlestick patterns, such as Hammer, not far from the support level. At the moment, EURUSD is reversing. We may assume that later the price may correct to reach 1.1050. However, one shouldn’t exclude a possibility that the price may continue falling towards 1.0550 without testing 1.1050. 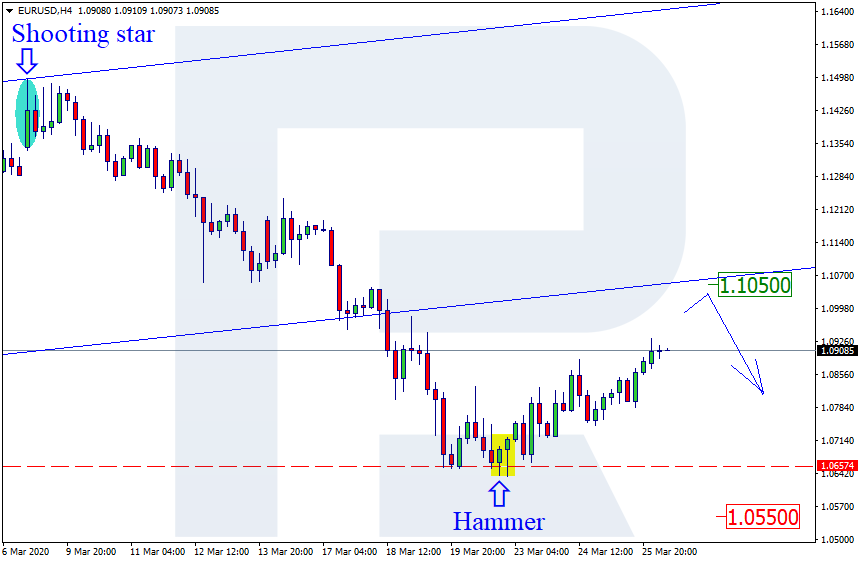 USDJPY, “US Dollar vs. Japanese Yen”


As we can see in the H4 chart, USDJPY is still recovering after the fall. Right now, the pair continues testing the resistance level, where it has formed several reversal patterns, such as Doji, Hanging Man, and Long-Legged Doji. Possibly, the price may reverse and reach 108.00. The current situation implies that after finishing the correction the price may grow towards the target at 113.60. 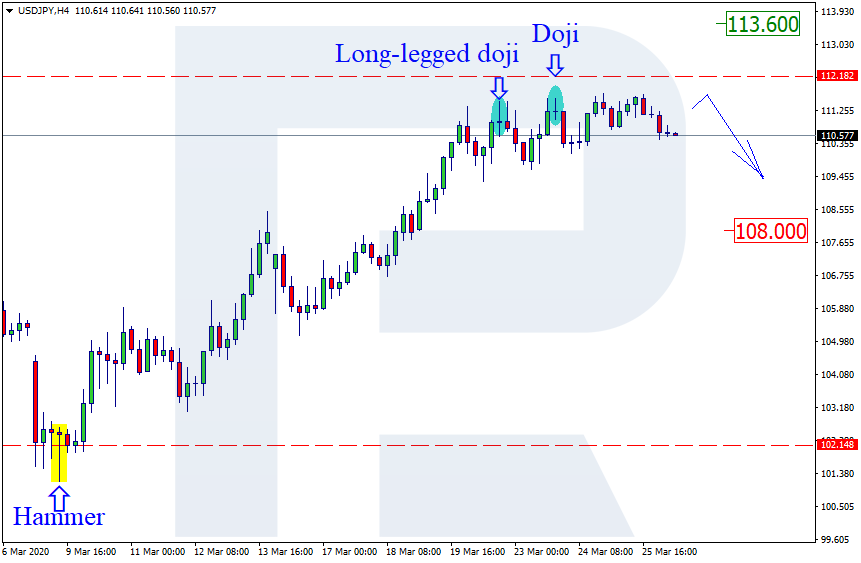 As we can see in the H4 chart, after finishing the correction within the rising tendency and then testing the support level, EURGBP has formed an Engulfing reversal pattern there. At the moment, the pair is reversing. We may assume that later the market may start a new growth towards 0.9490 and continue the ascending tendency. However, one shouldn’t exclude an opposite scenario, which implies that the instrument may continue falling with the target at 0.9055. 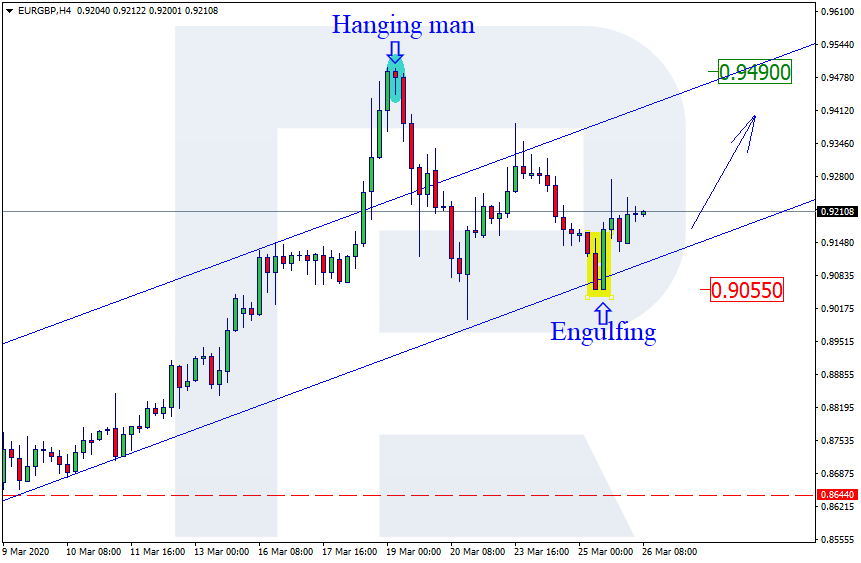 Concerned That Asia Could Blow A Hole In Future Economic Recovery Apr 2, 2020 - By TheTechnicalTraders  - Thinking somewhat far off into the future, our researchers believe China/Asia could become the next Black Hole in the global economy.  China recently released its March PMI number which came in at 52.0 – showing moderate expansion…

Europe’s Coronavirus Contraction Part II: Bracing for Contraction and Debt Crisis Apr 2, 2020 - By Dan Steinbock      Since inadequate preparedness prevailed in Europe until recently, the consequent pandemic will cast a prolonged, dark shadow over the regionwide economy – starting with the contraction, followed by the debt crisis. Around the world, the early…