Will the Dollar’s Fabulous February Continue?

The Dollar index (DXY) has gained about 1.3 percent during the first trading week of February, and could advance further over the coming days. Having dipped below 97.2 on January 31, the DXY is now testing the 98.6 psychological level and is flirting with overbought territory, judging by its 14-day relative strength index.

The official release of US President Donald Trump’s $4.8 trillion election year budget, set to be announced on Monday, could still spell more gains for the Greenback. The fiscal spending plan is hoped to expand the world’s largest economy by three percent in 2021, according to a senior administration official. Buoyed by the already-resilient US economic data, judging by this past Friday’s January US non-farm payrolls data, further signs of potential outperformance by the US economy compared to its developed peers could propel the Dollar index towards the 99.0 psychological level.

Also this week, look out for Fed chair Jerome Powell’s semiannual monetary policy report before Congress which kicks off on Tuesday, as well as the January inflation and retail sales data due later in the week, as potential catalysts for more near-term Dollar moves. 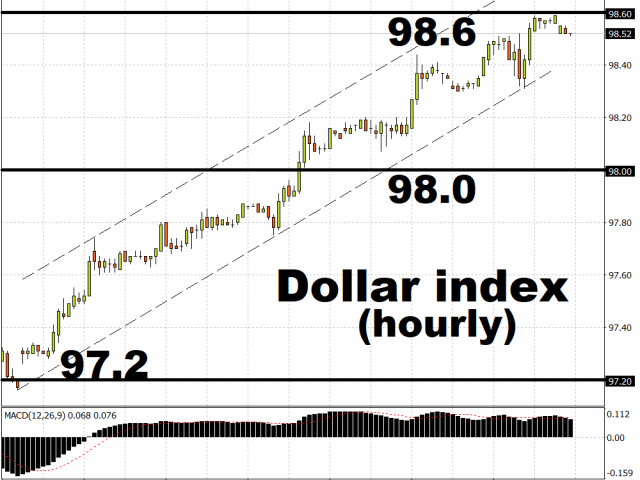 The Australian Dollar is attempting a recovery against the US Dollar, after AUDUSD reached its lowest level since 2009. Amid persistent concerns over the coronavirus outbreak and how it could affect the Chinese economy, Australia’s exposure to the world’s second largest economy is adding to the downward pressure facing the AUD. The economic pressures may prompt the Reserve Bank of Australia to lower interest rates at least once in 2020, with such dovish forecasts also adding to the softer bias for the AUD, which has already weakened some 4.5 percent against the Greenback so far in 2020. 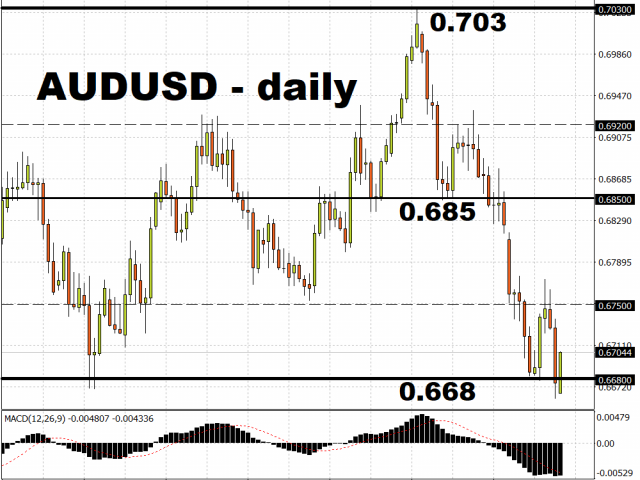 Although Brent crude has been trading around the mid-$50/bbl in recent sessions, it could explore a path towards the psychological $50/bbl level if OPEC+ decides not to trigger more supply cuts amid the coronavirus outbreak. Talk of an extraordinary meeting being held this month has petered out, although its regularly-scheduled March meeting in Vienna is expected to proceed. With the OPEC+ Joint Technical Committee recommending that output be lowered by an additional 600,000 barrels per day through June, it remains to be seen whether major Oil producers will intervene to rebalance the markets, as the coronavirus outbreak dampens global demand for crude oil. 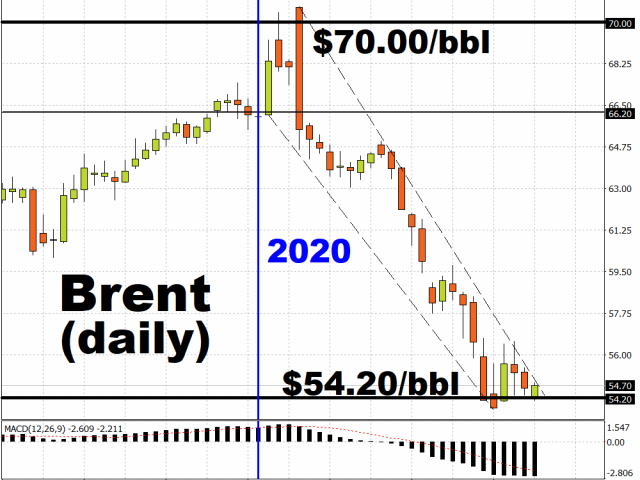 Forex and Currency News Opinions
← What’s going on with the DAX? Despite strong NFPs, no new highs
Stocks rally on easing monetary policy assumptions, but for how long? →
Featured Articles: