Is the Oil rally built on weak foundations?

By Lukman Otunuga, Research Analyst, ForexTime – The story defining Oil’s explosive appreciation over the past two days revolves around escalating tensions in the Middle East.

WTI Crude and Brent have both gained over 4% since last Friday as the US-Iran faceoff sparked fears over negative supply shocks in the markets. Given how the Middle East is home to major oil-producing countries that supply roughly 25% of the world’s oil, the path of least resistance for Oil points north.

However, geopolitical tensions may not be enough to sustain oil prices in the medium to longer term. The upside is poised to face multiple obstacles in the form of rising US Shale production and weak oil demand growth in the face of renewed US-China trade tensions. Although geopolitical shocks could offer a short-term boost, developments revolving around US-China trade and global growth remain primary driver’s influencing Oil’s outlook.

In regards to the technical picture, WTI Crude is heavily bullish on the daily charts. A daily close above $63 could encourage a close above $63.80 and $64.50. If $63 proves to be an unreliable support level, WTI Crude could decline back towards $62 and $61.40. 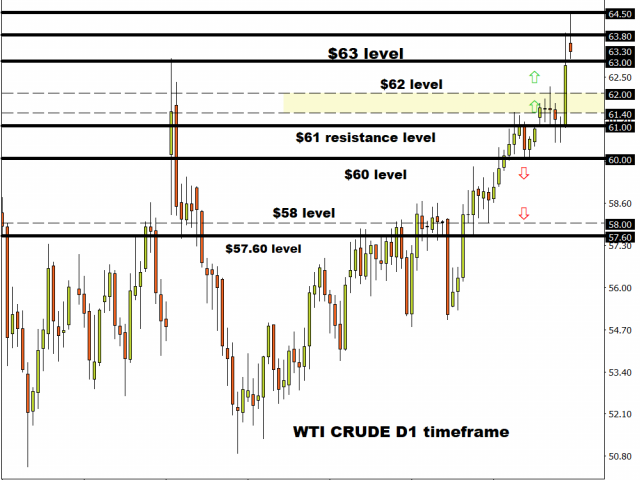 The Pound rebounded from its new year hangover, appreciating against every G10 currency amid expectations over the Bank of England leaving interest rates unchanged.

A softer dollar contributed to the Pound’s upside, with the GBPUSD punching above 1.3150 on Monday. Although the Sterling could push higher in the near term, longer-term gains are likely to be capped by fears of a hard Brexit. Technical traders will continue to closely observe how prices react around 1.3150. Sustained weakness below this level should open a path back towards 1.3060 and 1.3000, respectively. 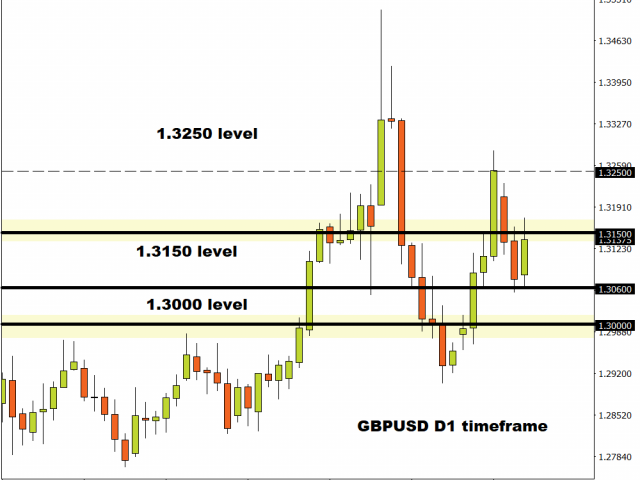 Time for the Yen to claim the throne?

The Yen has depreciated against almost every G10 currency despite geopolitical tensions fueling risk aversion across the board.

Regardless, appetite for the Yen could improve this week if geopolitical risks and trade uncertainty feeds into the risk-off sentiment. Focusing on the technical picture, the USDJPY is under pressure on the daily charts. A solid breakdown below 108.00 should open a path towards 107.50 in the near term. 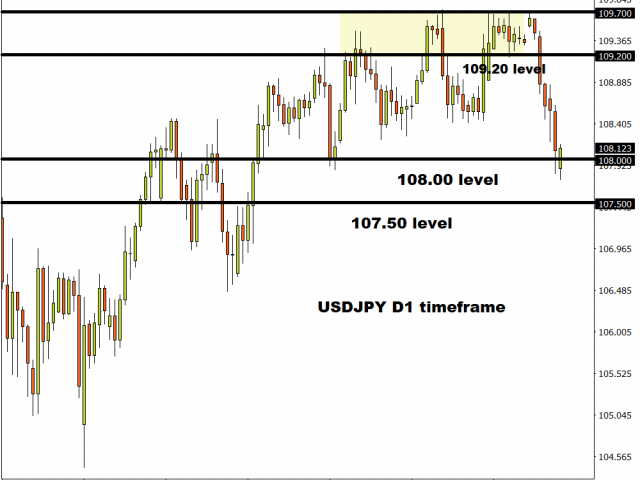 The US-Iran faceoff is a geopolitical risk that presents unwelcome levels of uncertainty to the financial markets, with investors rushing to the safety of havens. Although prices are heavily bullish, there could be a retracement back towards $1555 before bulls re-enter the scene. The precious metal should trend higher as long as $1555 proves to be a reliable support. 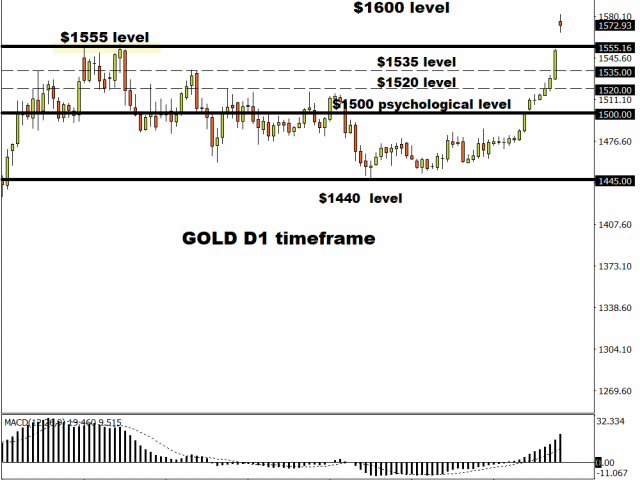