On Monday, January 20, the euro ended the day’s trading with an increase of 0.06%. In a thin market, the price went down to 1.1077, before returning back to 1.1098. Market activity was low due to the long weekend in the United States. 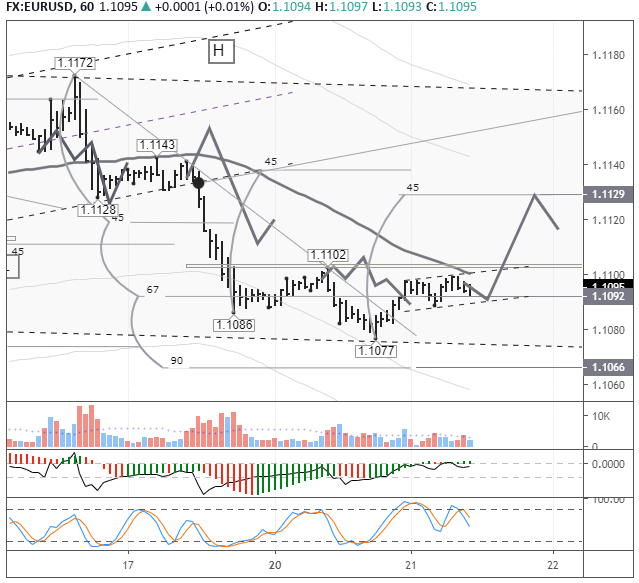 In Asian trading, the price approached the balance line. Major currencies show mixed dynamics. Protective assets are trading in the black, the rest are in the red. Today’s increased demand for protective assets has prevented us from making a forecast.


A support was formed at the 1.1085 level. After yesterday’s rebound, a reversal pattern appeared. For a reversal to occur, a breakthrough through at 1.110  is necessary. According to our estimates, customer activity should begin to increase after 13:00 (Moscow time). Since the trend line was broken, according to the forecast, we are waiting for recovery to 45th degree – 1.1129. We do not forecast much higher growth now, in light of Thursday’s planned ECB meeting and its head Christine Lagarde’s press conference. She will not be delighted with the strengthening of the euro.

We also look at the dynamics of the EURGBP pair. The British currency is under pressure due to growing expectations that the Bank of England will lower the basic interest rate. The cross will support buyers of the euro.