US stocks snapped three session winning streak on Monday ahead of Federal Reserve’s last policy meeting this year. Trade uncertainty remains high as “phase one” deal has not been reached ahead of December 15 deadline for 15% import duties on $156 billion of annual consumer imports from China. The S&P 500 finished 0.3% lower 3135.96. Dow Jones industrial fell 0.4% to 27909.60. The Nasdaq slid 0.4% to 8621.83. The dollar strengthening halted after the Friday boost following unexpectedly strong nonfarm report showing US economy added 266,000 new jobs in November. The live dollar index data show the ICE US Dollar index, a measure of the dollar’s strength against a basket of six rival currencies, slipped less than 0.1% to 97.64 and is lower currently. The Fed two-day policy meeting starts today, and futures on US stock indices point to mixed openings. 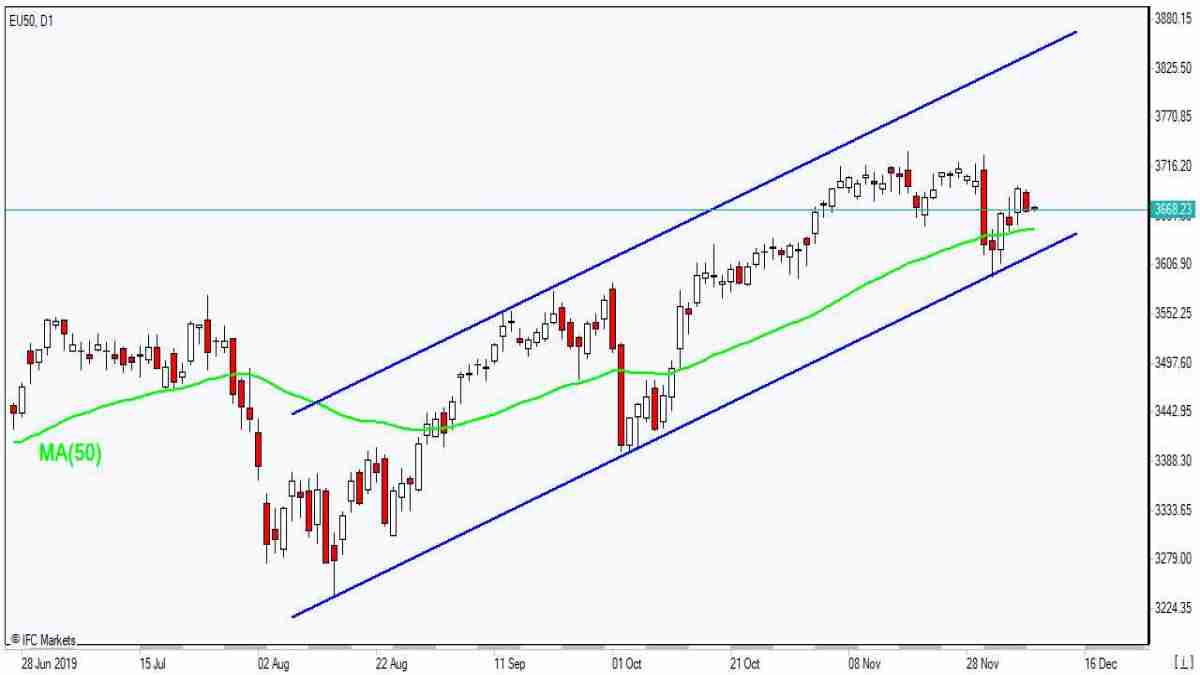 Asian stock indices are mixed today as December 15 deadline for additional US tariffs on roughly $160 billion imports from China looms. Nikkei slipped 0.1% to 23410.19 despite yen’s resumed decline against the dollar. Markets in China are mixed: the Shanghai Composite Index is up 0.1% while Hong Kong’s Hang Seng Index is 0.1% lower. Australia’s All Ordinaries Index lost 0.3% as Australian dollar reversed its decline against the greenback.

Brent futures prices are gaining today. Prices declined yesterday after data from China showed country’s exports declined for a fourth straight month: February Brent crude closed 0.2% lower at $64.25 a barrel on Monday. Today Saudi Aramco, Saudi Arabia’s giant oil company, announced it will exercise its 15% greenshoe option (an over-allotment option granting the right to sell investors more shares than initially planned by the issuer) in whole or part during the first 30 days of its trading period. Last Thursday the Saudi Aramco priced its IPO at $8.53 a share, valuing the company at $1.7 trillion. The IPO netted $25.6 billion on Thursday. Aramco’s shares are set to begin trading tomorrow on Saudi Arabia’s stock exchange, known as the Tadawul. The $1.7 trillion valuation is short of $2 trillion target set by Saudi Arabia’s crown prince Mohammed bin Salman. Saudi Arabia plans to use the IPO proceeds in diversifying its economy away from oil, as stated in crown prince’s Vision 2030 plan to modernize the economy released in 2016.

Financial News Stock Market News
← Is this the calm before the tariff-deadline storm?
Cassava Sciences’ Shares Trade Up 20% on Updated Phase 2a Alzheimer’s Data →
Featured Articles: