CORN Analysis: Bad weather in the US prevented corn harvest

Bad weather in the US prevented corn harvest

A blizzard in the northwest US Midwest halted corn harvesting. Some farmers said that they would leave the crops unharvested until spring. Will
Corn prices rise?

Bad weather is still observed in a number of regions of the world. It rains heavily in France and Britain, and there is a drought in Australia. 8 million acres of corn may remain unharvested in the US or nearly 10% of their total area. Meanwhile, global demand remains high. EU corn imports in the 2019/20 season, started in July, increased by 12% by December 1 compared to the same period of the previous season and amounted to 8.7 million tons. The agency Agroconsult expects a cumulative corn crop in Brazil in the 2019/2020 season in the amount of 102.4 million tons, which is slightly less than the last season’s crop – 103.1 million tons. Let us note that the Brazilian government has previously published an even more modest forecast of the country’s total corn crop in the amount of 98.3 million tons. 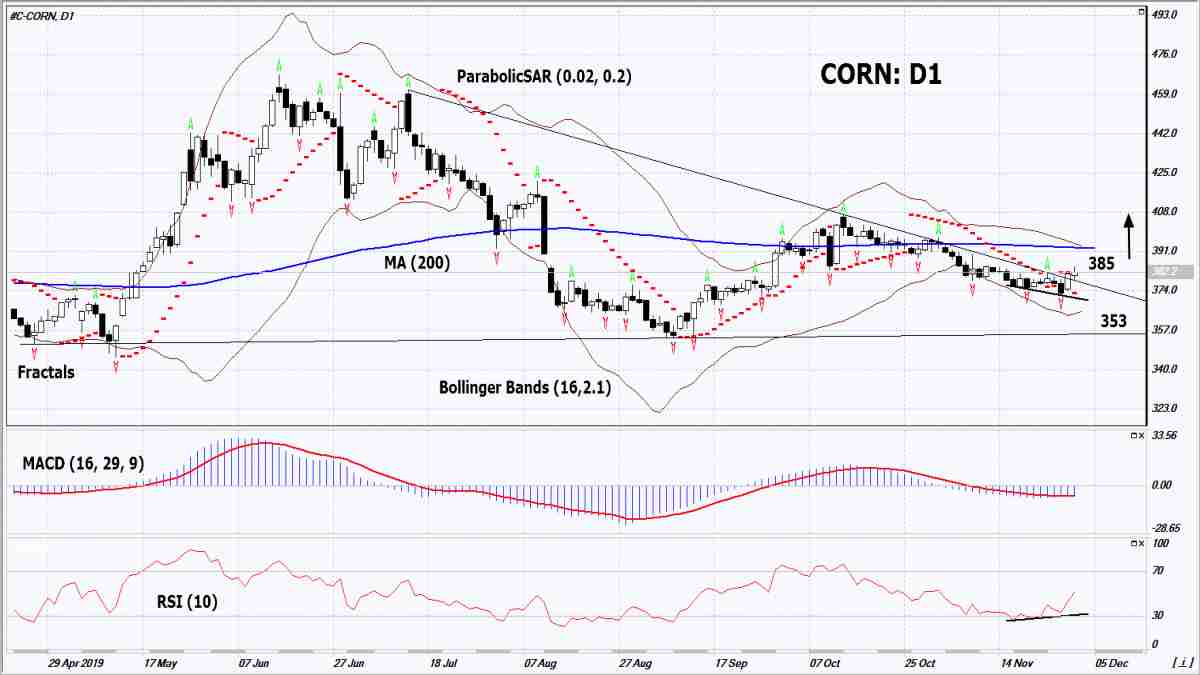 
On the daily timeframe, Corn: D1 is trying to leave the downtrend and move upwards. A number of technical analysis indicators formed buy signals. The further price growth is possible in case of an increase in demand and a decrease in world crop.

The bullish momentum may develop in case Corn exceeds the last fractal high at 385. This level may serve as an entry point. The initial stop loss may be placed below the September low, the Parabolic signal and the lower Bollinger band at 353. After opening the pending order, we shall move the stop to the next fractal low following the Bollinger and Parabolic signals. Thus, we are changing the potential profit/loss to the breakeven point. More risk-averse traders may switch to the 4-hour chart after the trade and place there a stop loss moving it in the direction of the trade. If the price meets the stop level (353) without reaching the order (385), we recommend closing the position: the market sustains internal changes that were not taken into account.