Veteran investor and newsletter writer Chen Lin explains the upside he sees with this energy company.

In late 2008, when the world was in the middle of the great recession, a young energy company was looking to take advantage of the circumstances by bargain hunting. Led by CEO Jeff Chisholm, a well-known goldbug, Pan Orient Energy Corp. (POE:TSX.V) has always maintained a strong balance sheet. When the market crashed and everyone, including the largest energy companies in the world, was looking for cover, POE was able to take advantage of it. One of POE’s key acquisitions was East Jabung PSC. POE was the sole bidder in that bid round. (Where were Exxon, Repsol and PetroChina?)

In the years prior to the tender of the East Jabung PSC, the surface area covering the majority of the Anggun prospect was re-classified from restricted forest (where only seismic is allowed) to production forest (where both seismic and drilling are allowed). Jabung PSC is in the region of the most prolific oil and gas fields in South Sumatra, Indonesia. It hosts the largest gas discovery in the past 18 years in Indonesia. That news was announced earlier this year by Repsol. POE had acquired the acreage next to it for a song!


As the sole bidder, POE became 100% owner of the concession. This was a huge concession and POE decided to partner with Talisman (now part of Repsol) for down payment, part of Repsol exploration concessions and to carry the cost of the first two wells. Repsol drilled one well at the edge of the structure two years ago and had a very promising find of oil and gas. Now they are moving the rig to the center of the structure. We expect the rig to be spud in late October and TD in 3040 days.

Repsol had high hopes for the East Jabung target. A permanent road was constructed so they can use it in the long run to drill more wells, should they have a major discovery in the area. The permanent road probably delayed the drilling for about one year and add a lot to the cost. However, it will be a good move if they hit the next high impact well. 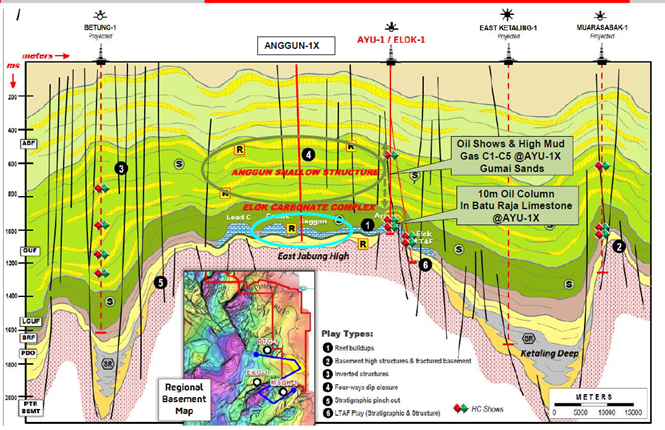 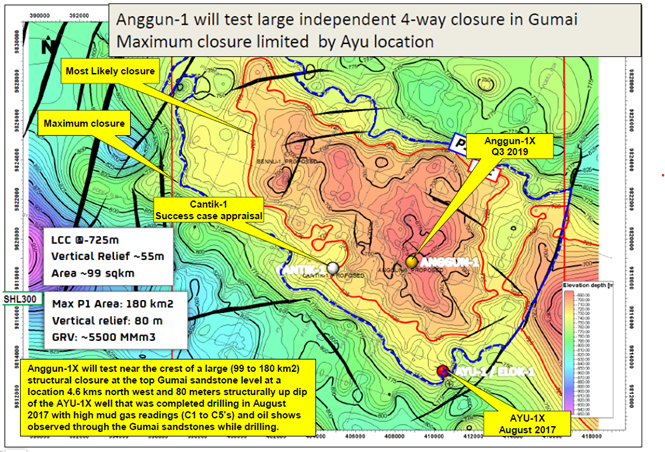 Now the long wait is over and the stage is set for the next high impact well, Anggun-1X, in East Jabung. We are hoping it will be one of the largest discoveries in Indonesia and potentially one of the largest onshore conventional discoveries in the world. We should have the results in late Q4. If it is successful, Repsol will pay for this well. Repsol will continue to drill out the area in 2020 and beyond and POE will need to fund 49% of the cost. With POE’s current strong balance sheet and a strong cash flow from Thailand, POE should be able to fund the continuing exploration without the need of raising money from the market. In the past decades, very seldom we see junior companies involved in the major discoveries in the world. Usually majors, well connected and well capitalized companies, took all the best prospects. We have a unique opportunity to participate in this potentially huge discovery without any major dilution. After years of waiting, the key drilling is about to happen.

In addition, POE already has made a new discovery in Thailand in the past year. So far almost every well they drilled in the past year was a hit. The drilling cost is low, less than $1 million. The payback time is 12 months. Oil is trucked to a nearby refinery, which is eager to take domestic oil as Thailand is an oil importer. Cost is below $10 and free cash flow is strong. POE used some of the cash generated to buy back the shares from the open market. 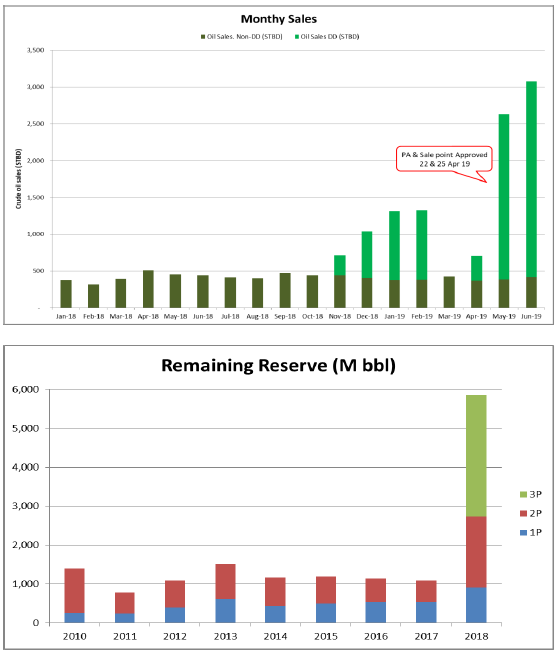 As you can see, POE experienced a dramatic rise of oil production and reserves lately. This is only the beginning. The reserve report at the end of 2018 shows it is primary composed of DD1, bright green on the map below. POE already hit DD4 dark green, AA south and AA successfully. They are planning to explore more AA, AA north and BB high-impact targets in the next two months. You can see clearly that upon successes of 2019 as well as 2020 exploration, POE can easily expand their oil reserve by many-fold and its net asset value can be worth many more times than its current share price. No wonder insiders have been busy buying shares in the past years. 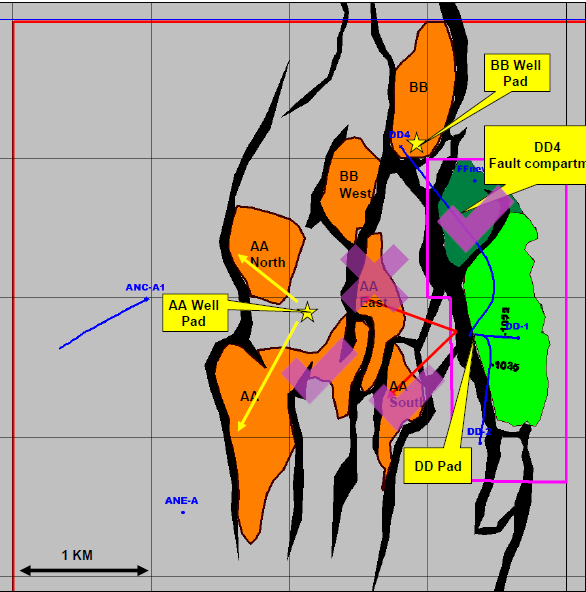 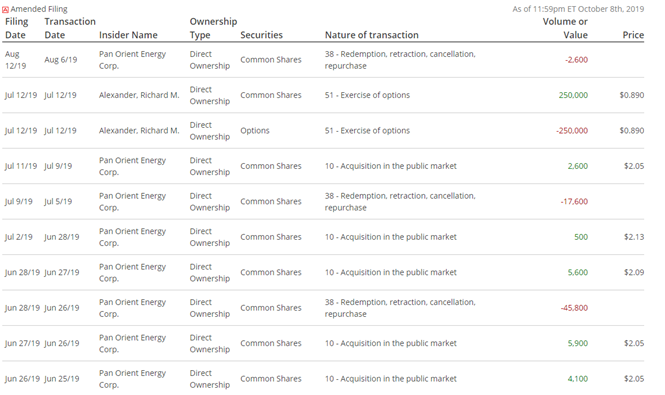 In addition, POE has about 50c cash per share as of last quarter, no debt and strong free cash flow. It can potentially own 49% of one of the world’s largest discoveries in the next few months. The time has come for this potentially huge return we have been waiting for for a long time.

My family has accumulated a large position of POE stock in the past years and we are one of the largest POE shareholders, for full disclosure.

Chen Lin is a full time manager of his family assets. He started to write the stock newsletter What Is Chen Buying? What Is Chen Selling? in 2009 he after successfully navigated his family portfolio during the 2008 financial crisis. For more information on Lin, visit his website at chenpicks.com.

Crude Oil’s 2020 Crash: See What Helped (Some) Traders Pivot Just in Time Apr 4, 2020 - The coronavirus wasn't the cause of oil's 70% collapse. This was By Elliott Wave International Let's start by establishing that the stock market is not driven by the news. Aggregate stock prices are driven by waves of optimism and pessimism…

Stocks Have Entered a 25-35year Crisis Cycle Re-evaluation Event Apr 3, 2020 - By TheTechnicalTraders  - We can only imagine what many of you are thinking and feeling right now.  Shock?  Concern?  Despair?  Some of you have already emailed us asking about the US and Global markets to find out what our predictive…

Metals Rally Amidst Market Stabilisation Apr 3, 2020 - By Orbex  Gold - It’s been a much quieter week for the yellow metal on the back of the recent volatility we have seen in prior weeks. The ongoing coronavirus situation continues to dominate market news-flow and remains the key…