On Wednesday the 16th of October, trading on the euro closed up. The euro shot up following the release of weak US data. Retail sales in the US in September were much lower than expected. The EURUSD rate rose to 1.1084. This growth was also helped along by positive news on the Brexit front. Reports indicate that the UK and EU are close to agreeing a deal. 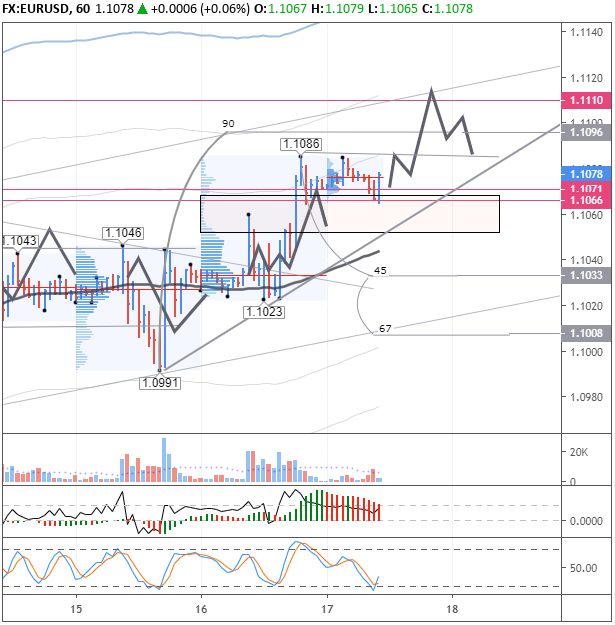 Yesterday’s expectations were met in full. The pair reached its predicted level of 1.1070. The intraday high was recorded at 1.1088.


At the time of writing, the euro is trading at 1.1077. We’ve highlighted an “imbalance zone” at 1.1052 – 1.1068. The stochastic is down, so the bulls have a chance to test the upper line of the channel. Moreover, the EURGBP cross currently favours the bulls due to the pound’s decline.

The GBPUSD pair dropped over reports that the Northern-Irish Democratic Unionist Party has said that some key parts of the proposed Brexit deal are unacceptable, throwing a spanner in the works as London and Brussels are looking to finalise an agreement. The pound has moved far enough to allow for a correction, so on the back of a weakened pound and US dollar, the euro has every chance of moving upwards.