EURUSD: floating around the balance line

Trading on Friday was mixed. During the course of the day, we saw three rises and three declines. The US dollar dropped slightly against the safe havens and strengthened against the pound. The pound slumped following disappointing UK GDP data, while also experiencing downside pressure over Brexit uncertainty. Markets are preparing for the worst. There is still an appetite for risk due to Trump’s remarks that the trade talks planned in the US for September may not happen. 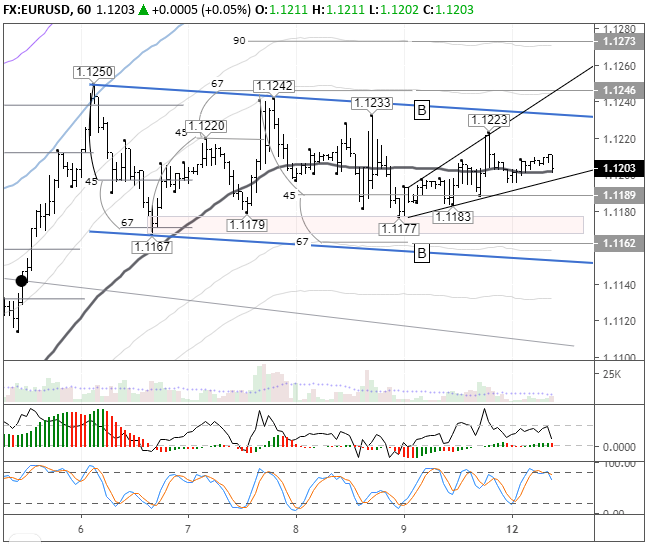 The appetite for risk is propping the euro up above 1.1177. Within Friday’s sideways trend we got a broadening wedge formation, which is a sign of uncertainty. There’s a support level at 1.1197. Considering that the economic calendar is empty, I think we’ll get a decline to 1.1177 today, and ideally to 1.1155. Moreover, while Trump has been diverting attention away from Italy, talk of snap elections and a change of government could return today.

Q4 Earnings Setup The Rally To The Peak Jan 20, 2020 - By TheTechnicalTraders.com Our research team believes the current Q4-2019 earnings season and expectations are prompting a “Rally To A Peak”.  We’ve been warning our followers and clients that we believe the US Stock Market has rallied to levels that constitute…

Is Netflix’s crown under threat from rival streaming giants? Jan 20, 2020 - By Lukman Otunuga, Research Analyst, ForexTime - Grab your popcorn and find a seat ahead of Netflix’s fourth-quarter earnings report, due to be released after the US market close on Tuesday, January 21. As the streaming wars kick into higher…