Gold bulls fought incredibly hard to keep prices above the $1280 support level this week, as uncertainty over US-China trade talks simulated the flight to safety.

Escalating trade tensions and renewed concerns over slowing global growth fuelled risk aversion mid-week, which sent prices above the $1290 level. Although gains were later surrendered, the precious metal remains supported by geopolitical risks and global growth concerns. Gold is positioned to becoming a battleground for bulls and bears in the week ahead as investors juggle with trade developments, geopolitics and key economic reports from major economies. If the Dollar remains depressed and heightened trade tensions encourage investors to stay clear from riskier assets, Gold has the potential to rally towards the psychological $1300 level in the medium term. This setup remains valid as long as bulls can maintain control above $1280. 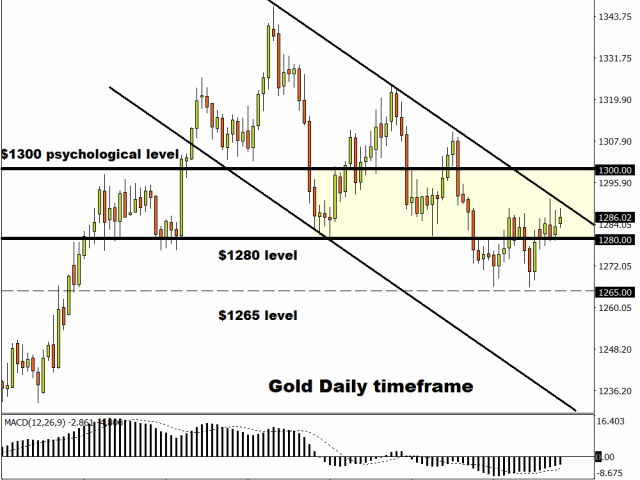 
Dollar bulls where nowhere to be found today despite the United States increasing tariffs on $200 billion worth of Chinese goods. The Dollar’s weakness could also be based on the fact US inflation figures for April disappointed market expectations by cooling 0.3% month-on-month. With some still cautiously optimistic over the United States and China potentially reaching a breakthrough deal, the Dollar has scope to weaken in the near term. Focusing on the technical picture, the Dollar Index is under pressure on the daily charts with 97.00 acting as the first point of interest.

Global equities bulls made an unexpected appearance on Friday after the United States increased tariffs on Chinese goods. It seems investors are still cautiously optimistic over both sides finding a middle ground on trade. If a trade deal becomes reality, this has the potential to boost global equities and emerging market assets. However, a situation where talks descend into disagreements is poised to rekindle risk aversion – ultimately boosting appetite for safe-haven assets.

It is becoming clear that the Pound is more concerned with Brexit developments and political drama in Westminster and this continues to be reflected in price action. Prices remain in a sticky range on the weekly charts with 1.3000 acting as a pivotal level. Sustained weakness below this point is likely to encourage a move back towards 1.2880 and 1.2820, respectively. 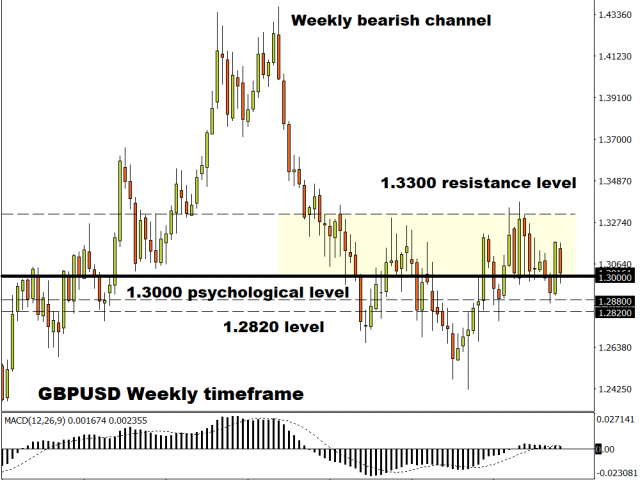 The story defining Oil’s valuation in recent weeks continues to revolve around supply and demand-side factors. On one side of the equation, Oil is supported by OPEC-led supply cuts, the US ending sanction waivers on Iranian Oil and supply disruptions in Venezuela and Libya. On the other side of the equation, Oil is pressured by robust production from US Shale, rising crude inventories and concerns over slowing growth impacting demand. Oil markets are likely to remain volatile and highly sensitive ahead of the OPEC meeting in June. In regards to the technical picture, WTI Oil is trading around $62.00 on the daily charts. A weekly close above this level is seen opening a path towards $63.00.

Inconvenient truths about US debt explosion Jul 14, 2020 - By Dan Steinbock  - The resurgence of COVID-19 in the United States is paving the way to a debt record, even relative to government debt at the end of World War II. The collateral damage in global recovery will be…