Silver fell sharply on Friday after dropping on Wednesday and Thursday, and the reason it fell so sharply can be seen on its latest 6-month chart below which shows that it breached its parabolic uptrend, which had become too steep, this differed from gold whose similar parabolic uptrend held, for now. While the nearby support level shown held on Friday, bearish COTs suggest that it will drop further over the short to medium term, probably to the stronger support in the $14.80-$14.90 area, but possibly lower. 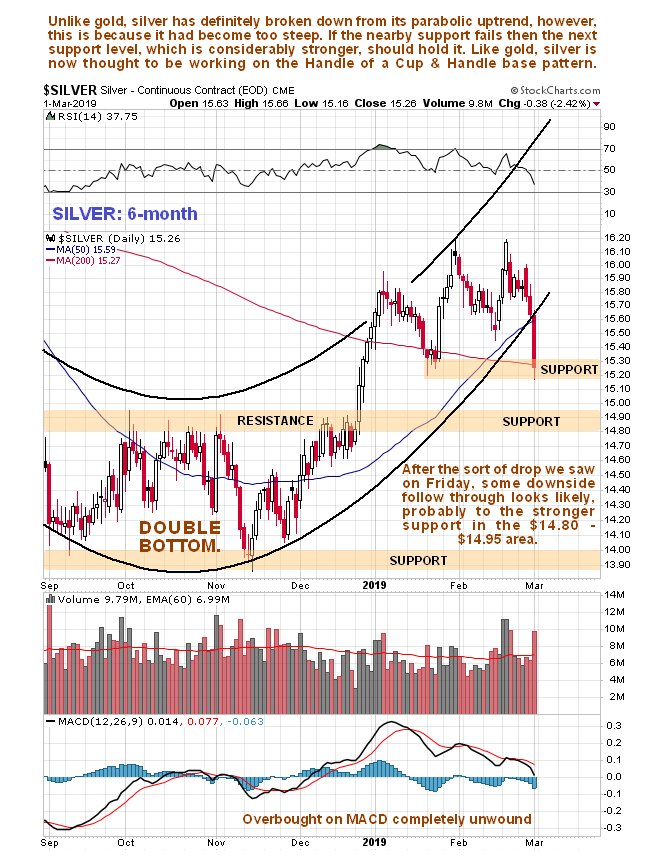 On the 15-month chart we can get a much clearer idea what is going on, and this chart enables us to see that the bigger picture is not bearish. Like gold, silver appears to have completed the Cup of a large Cup & Handle base, and now appears to beginning a period of consolidation/reaction that will form the Handle of the pattern. This action will be interpreted by many as much more bearish than it really is, and it will serve to cool the ardor of now feverishly bullish Large Specs, setting silver up to break higher again. A provisional Handle boundary has been drawn which will probably require to be adjusted later. Before leaving this chart observe how the rally was capped by the heavy resistance at the lower boundary of a large but tight trading range that developed from February through June last year. 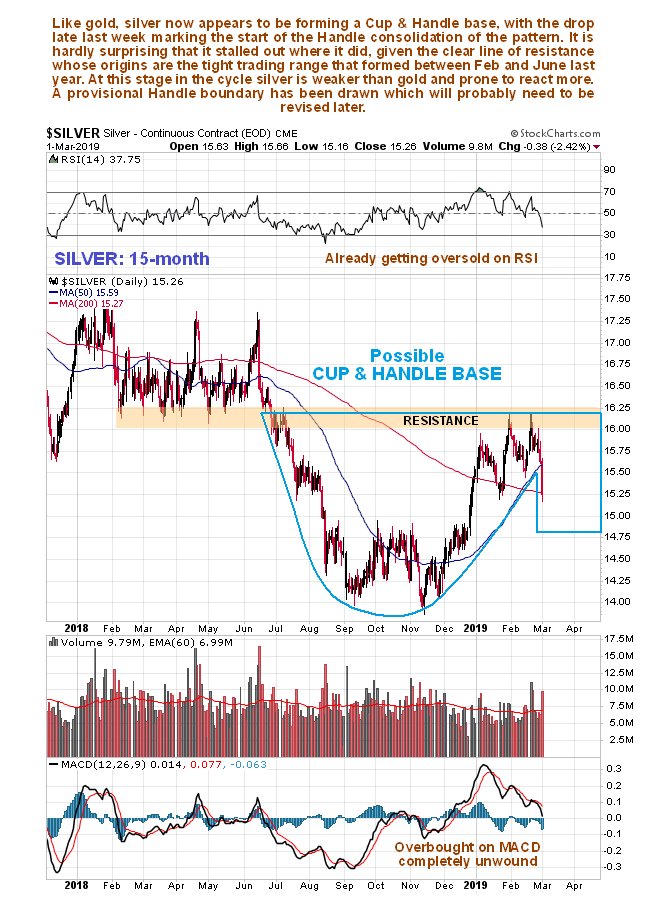 Recent action has made little difference to the long-term 10-year chart on which we see that it still looks like a large Double Bottom is completing in silver, with the Cup & Handle base that has been forming since last June just visible. 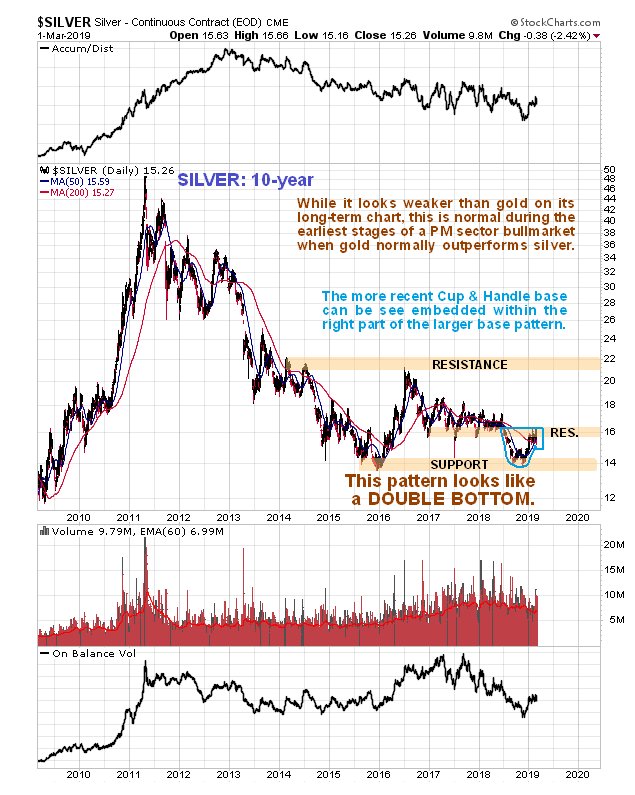 On the latest COT chart we can see that the Large Specs have become very bullish in recent weeks, which is not a favorable development as they are always wrong, with the Commercials holding a heavy short position. They are likely to become fed up and frustrated as the Handle of the Cup & Handle base forms and eventually give up, which will set the stage for renewed advance. 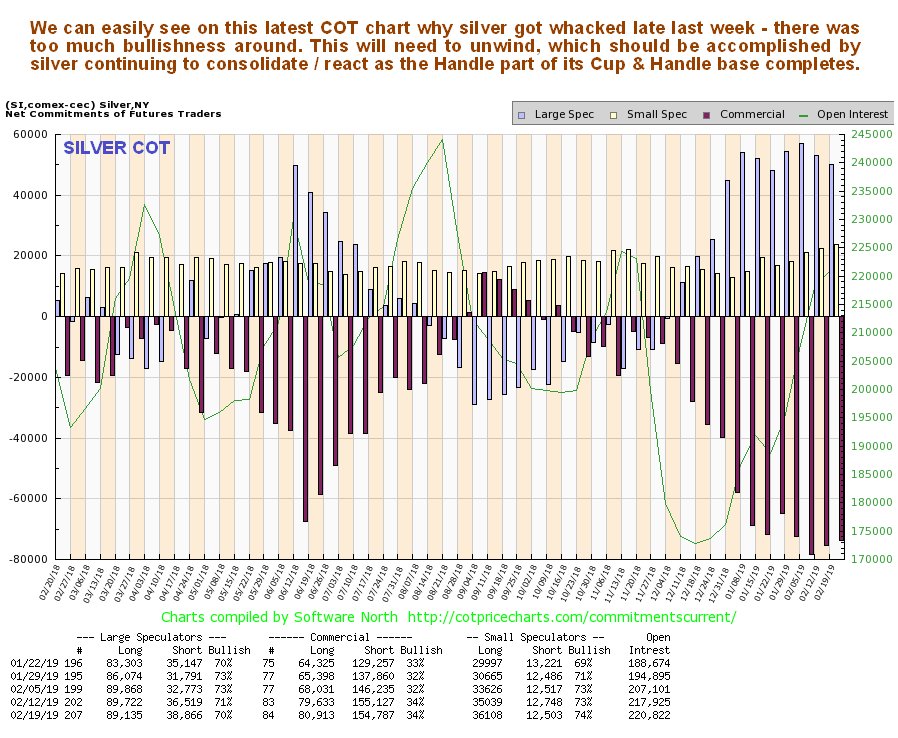